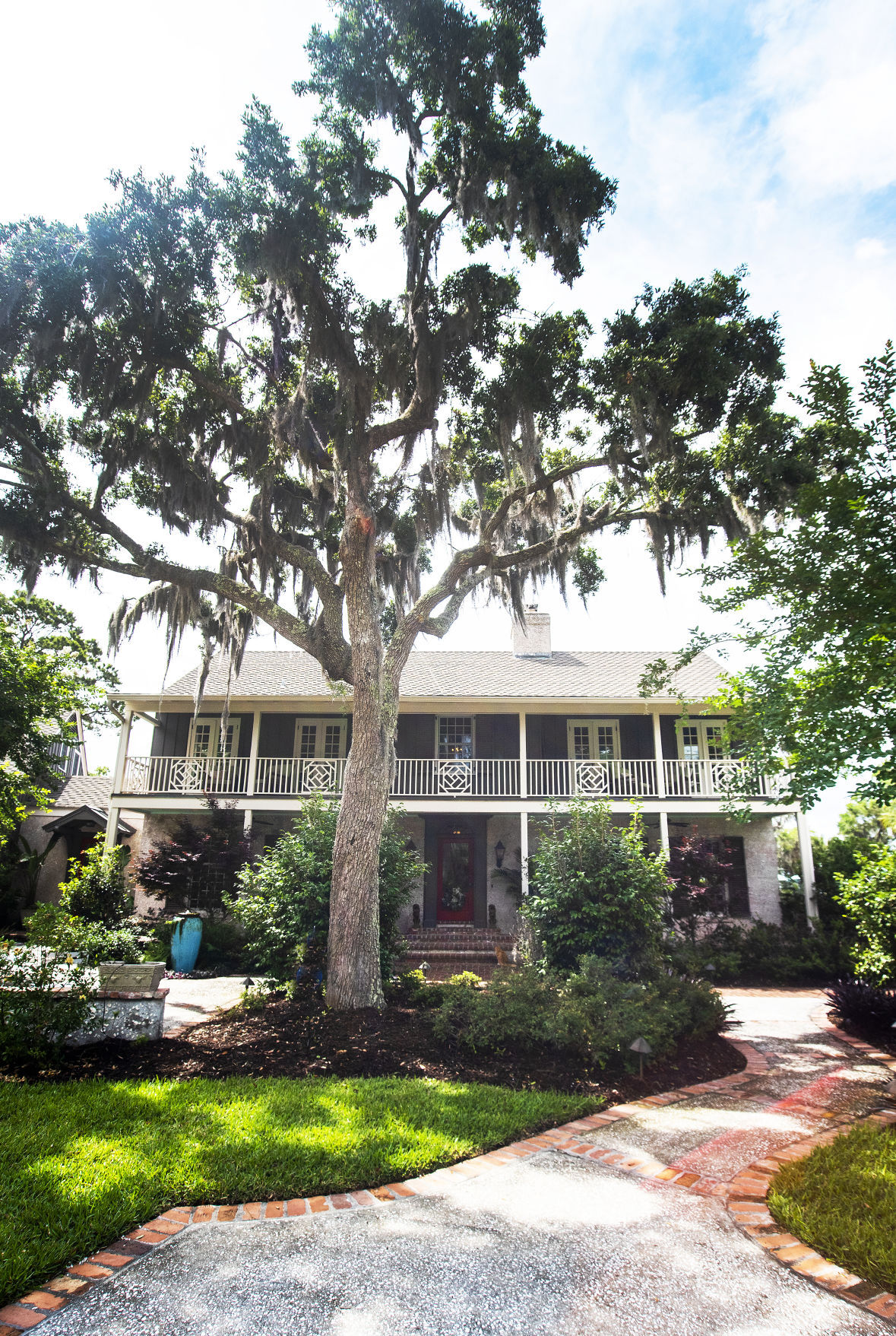 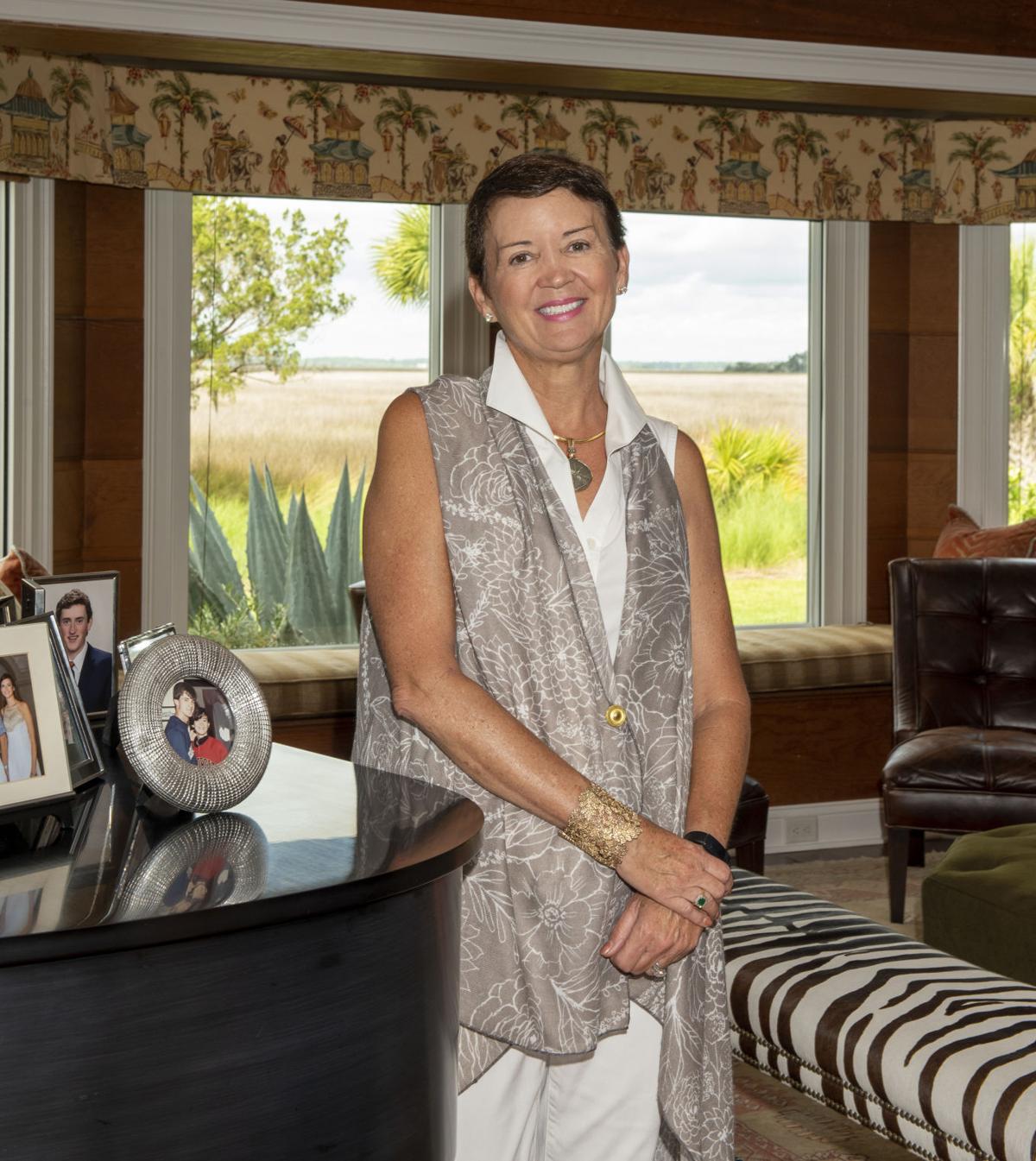 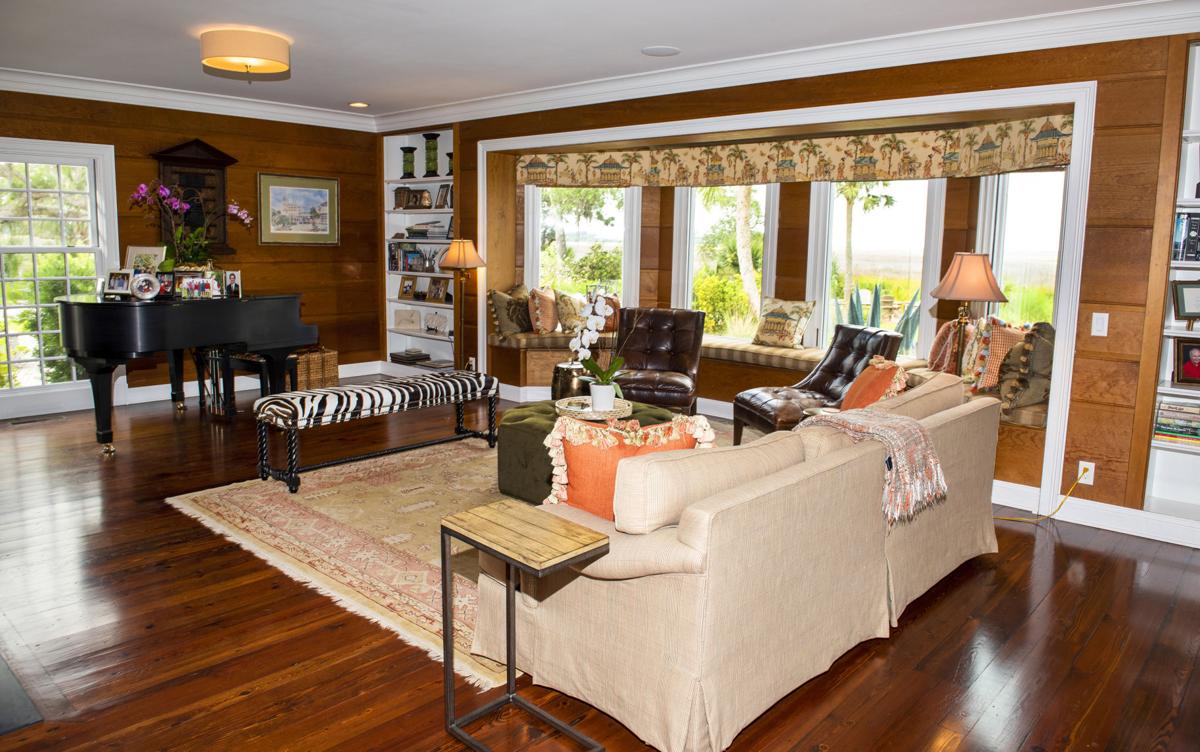 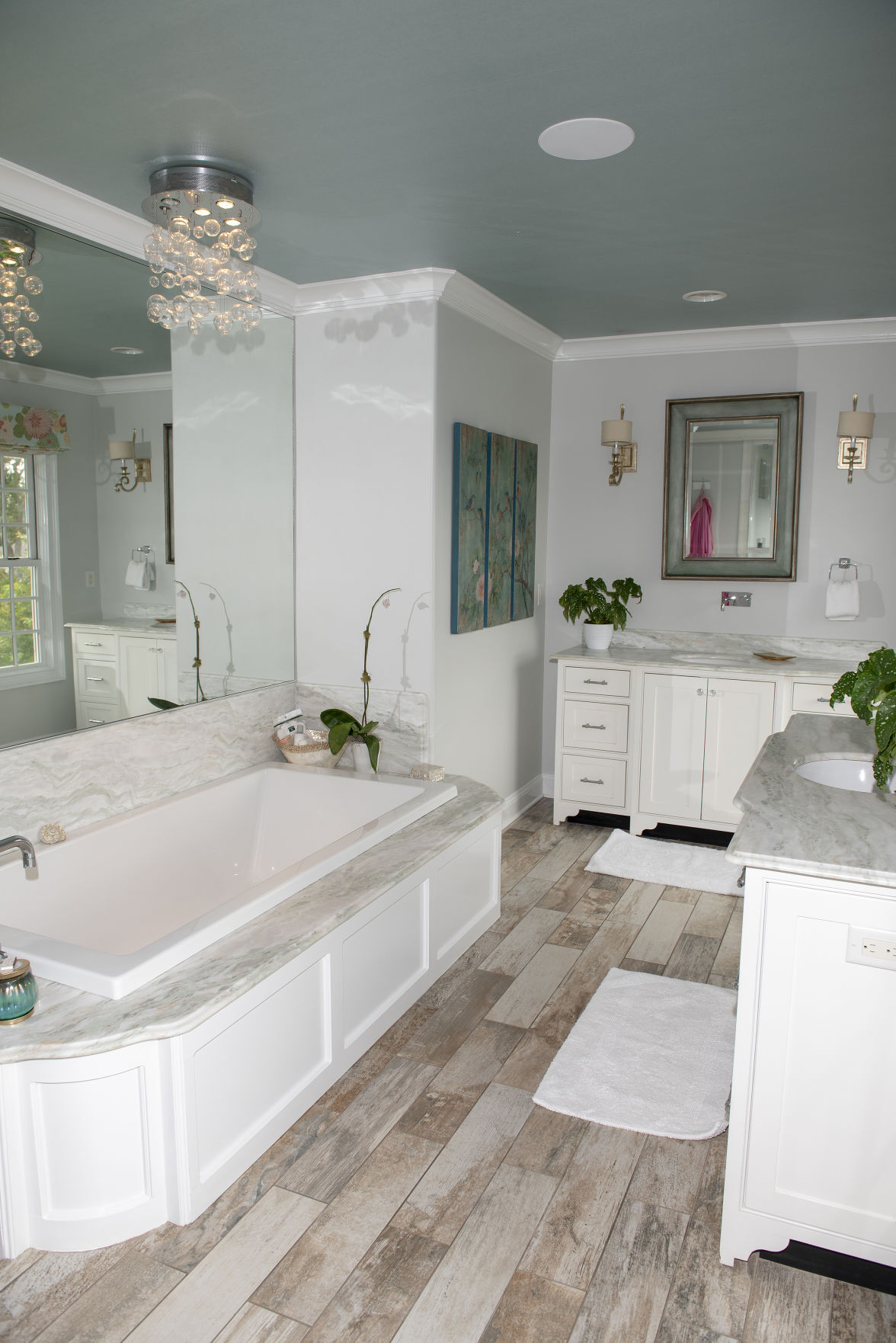 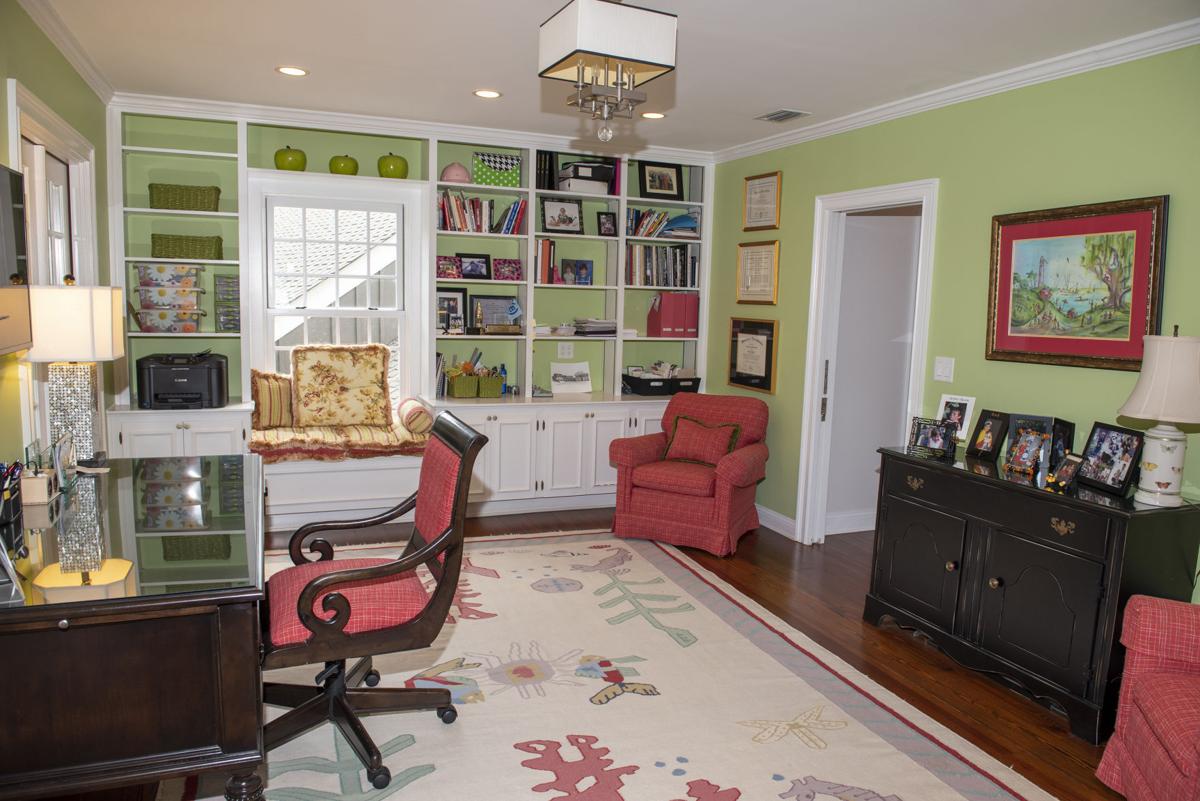 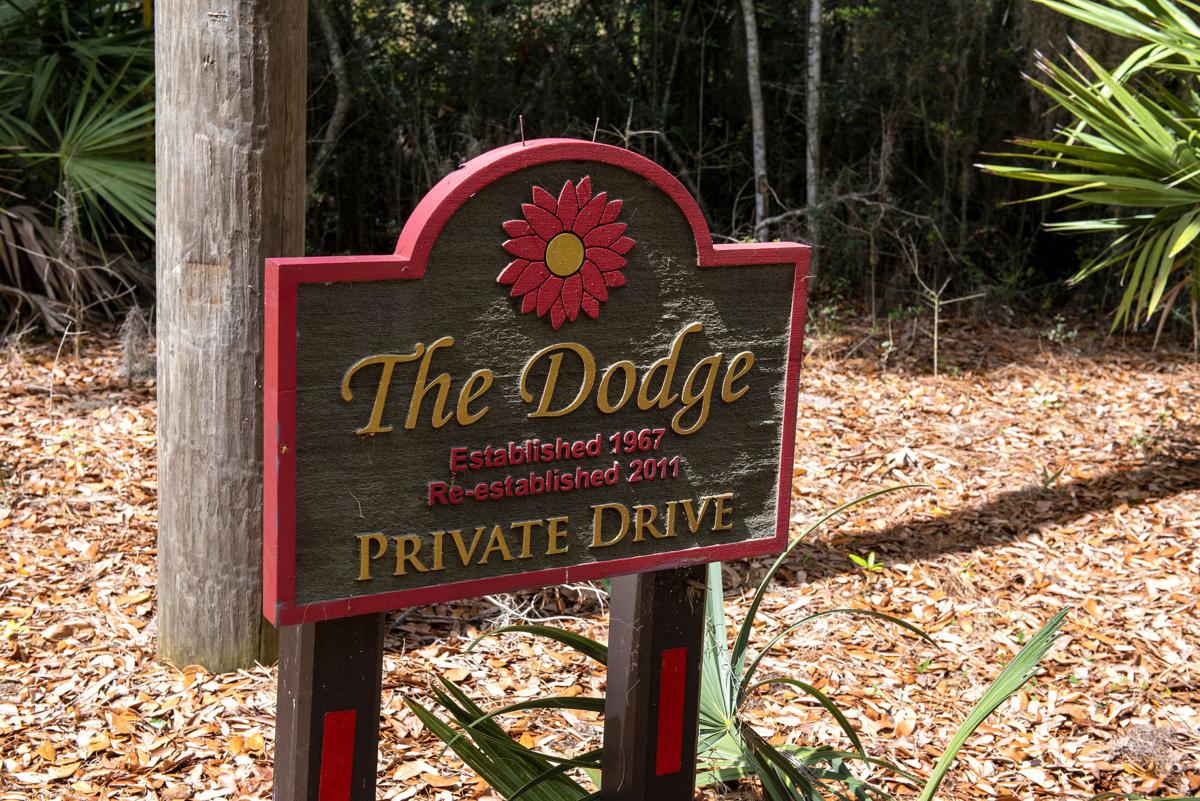 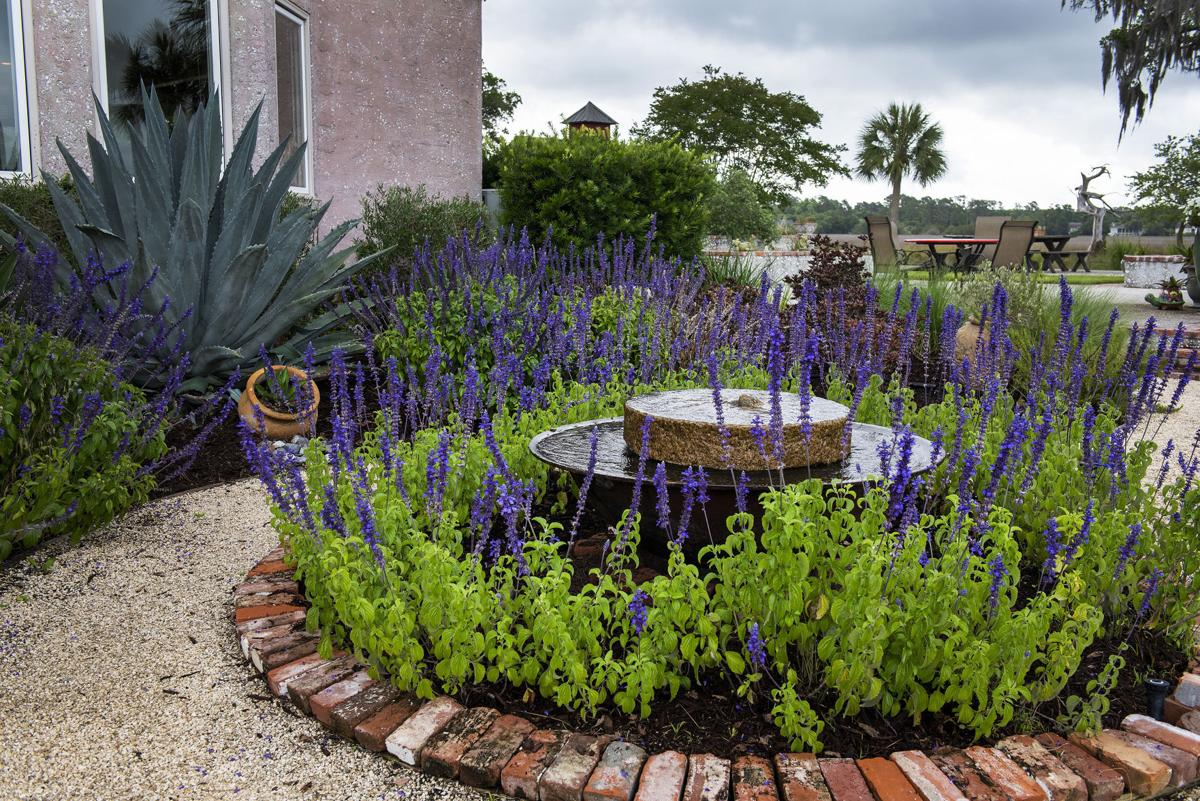 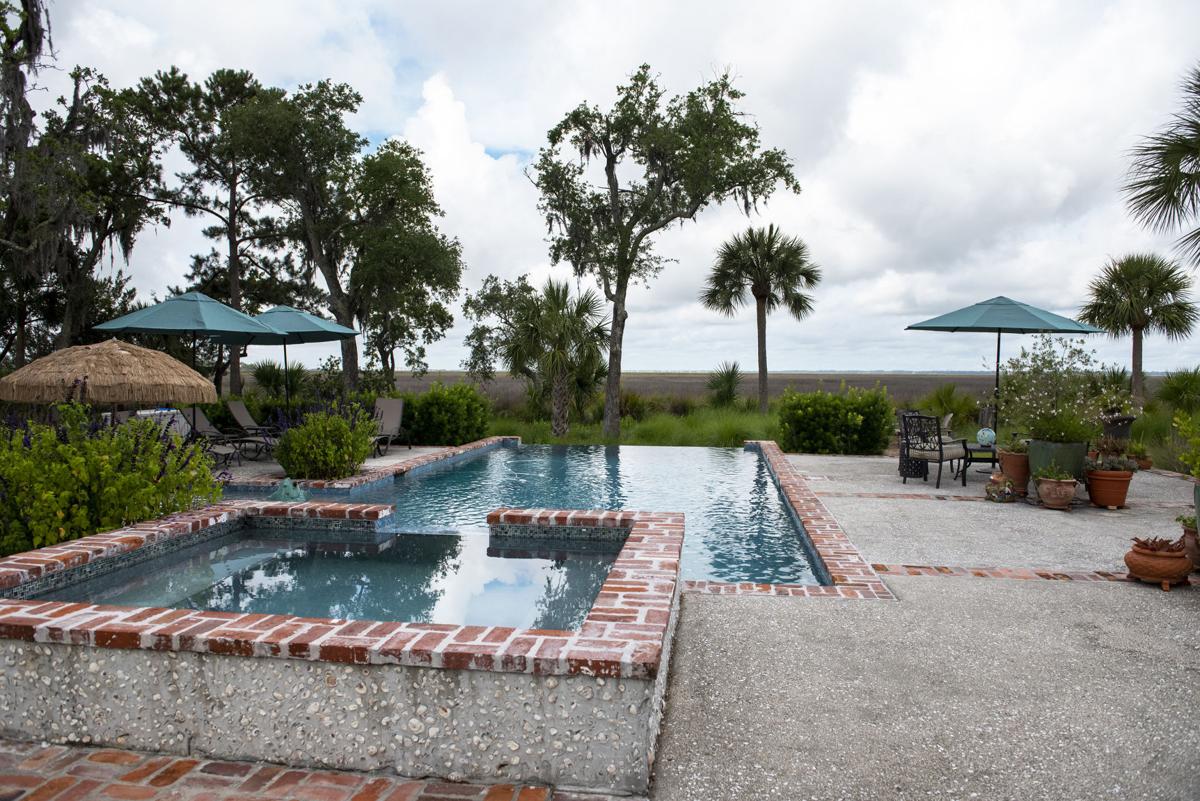 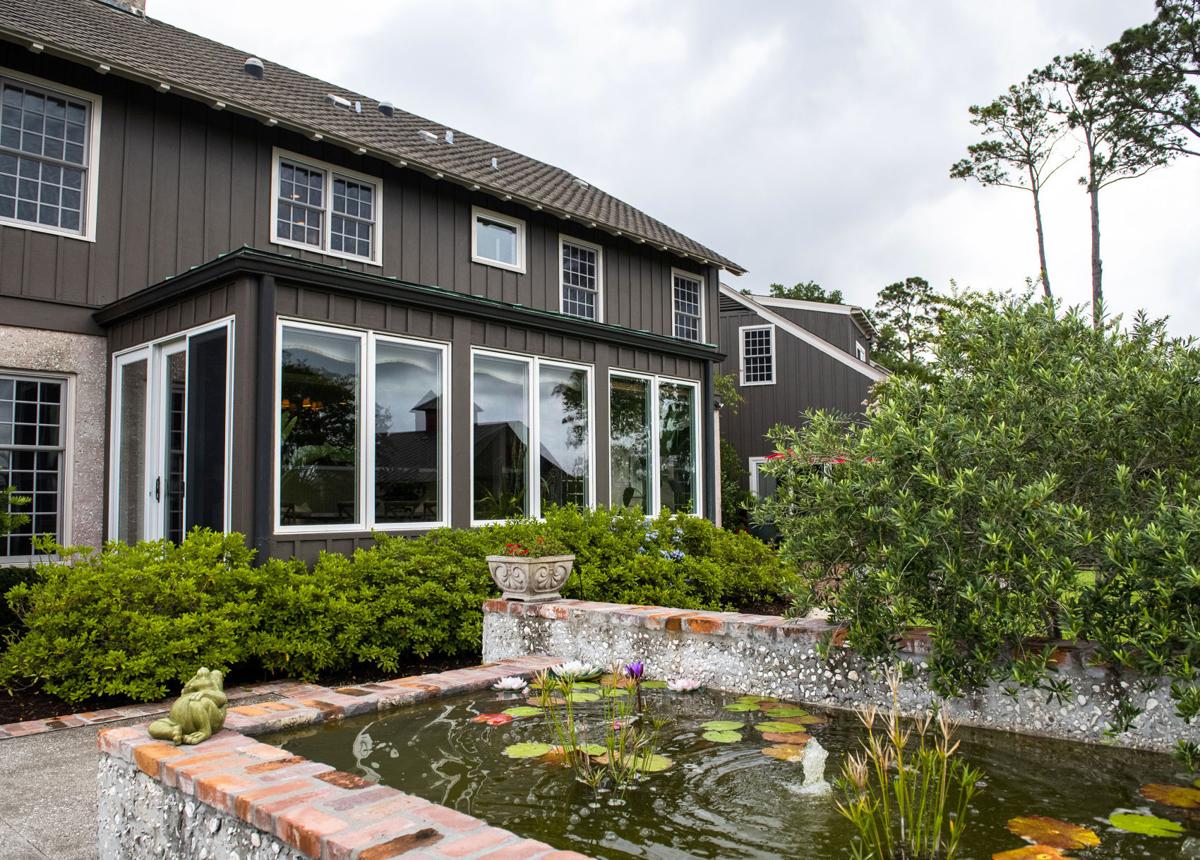 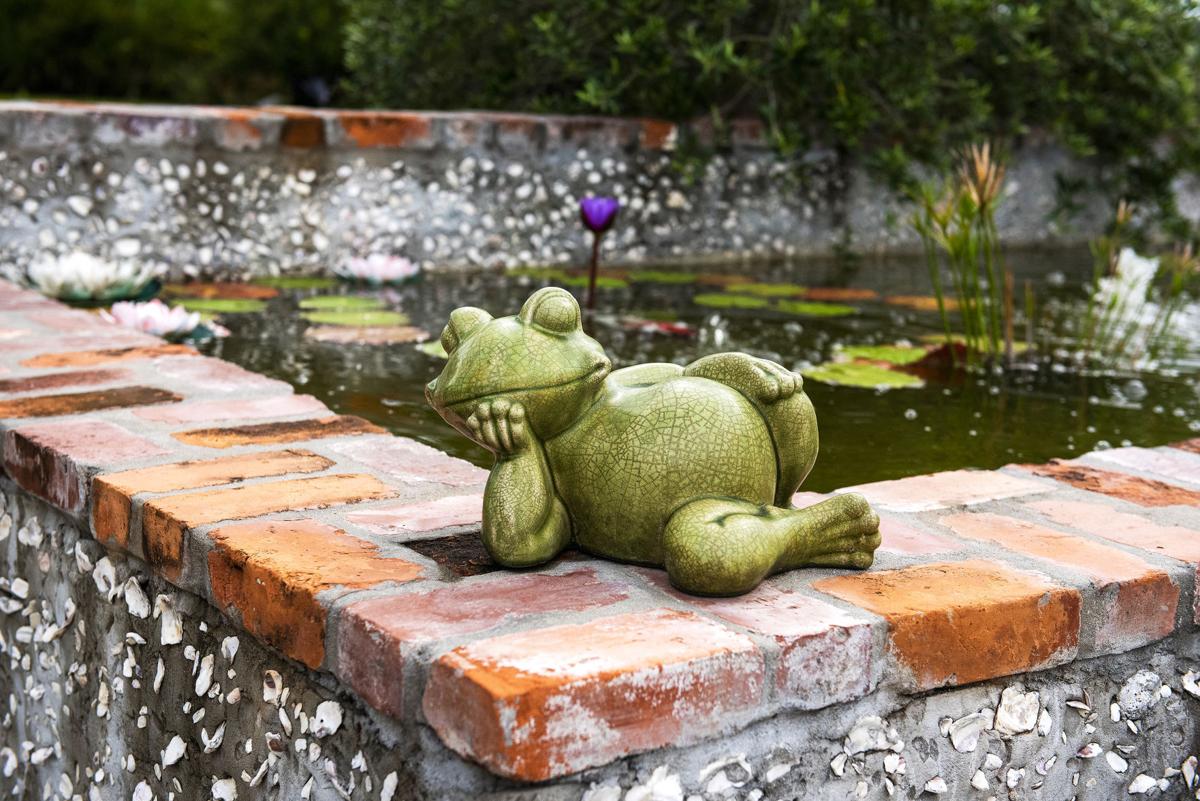 As guests arrive at The Dodge, the home of the late authors Eugenia Price (1916-1996) and Joyce Blackburn (1920-2009), and now lovingly restored by Cindy and Russell Jacobs, there is a sense that you’re entering a magical space.

Tucked away in a private location on the north end of St. Simons Island, the approach to The Dodge is more rustic than most on this resort island. As you enter, you’ll see the garden to the left, deer fence surrounding its perimeter, and glorious expanses of marsh to the right. But it’s the house, a simple two-story abode with a cottage-like feel, that takes your breath away. Situated so perfectly it’s as if it was meant to be there. And it was.

After purchasing the 4.33-acre tract from the Stevens family, who held the original King’s Grant, Price and Blackburn would build a modest plantation-style home, where they lived out the remainder of their lives together. Finished in March 1967, Price explained the design of the house in her book, “St. Simons Memoir.” “One thing we all knew – there would be no white-columned, antebellum replica for us. Such palatial mansions were not old St. Simons. We knew this because Edith and Nix Young had permitted us to study their excellent photographs and sketches of the old Island houses – now gone, all of them – in which the Kings and the Goulds and the Coupers and the Postells had lived in the prosperous days before the Civil War.”

The two women truly wanted their home to be harmonious with the environment around it, to be solid and two-storied, “so we could see the marshes and the salt creeks for miles around.”

And solid it is, said Cindy Jacobs.

“There are steel beams under the house in the crawl space,” she said of the residence, which was designed by architect Lamar Webb and built by George Barry. “It is a fortress.”

The first story of the house is tabby, and the second is board and batten, stained the color of live oak bark, which was Price’s specification.

The Jacobs purchased the property in September 2011 from Bank of the Ozarks, after the property had fallen into foreclosure. In a state of disrepair, and neglect, it had not been updated since it was built.

“We kind of feel like we were stewards,” she said. “Only three families have owned this property since the 1700s.”

The Jacobs have returned the house to its original color.

“Everything is back to its original colors,” said Jacobs.

Price and Blackburn were emphatic that historically valued materials be used – in fact every brick that is on the first floor, the backyard wall, the back patio, the front walk and the porch floor, were rescued from the demolition of the original DeSoto Hotel in Savannah. Price declared that she and Blackburn didn’t love the bricks simply because they were theirs, but because of their old beauty and patina.

Even the way the house is positioned was planned to the last detail. The sun rises at the rear of the house and sets to the north-facing side and front. Price wrote in “St. Simons Memoir” the two “wouldn’t have to chase the sunset anymore once we lived here.” Price decided the bay window in the living room should face the sunset as well.

In a case of what can only be called synchronicity, the two ended up with the views from their office windows they each preferred.” “She (Blackburn) the wide marshes, I the wooded front of our property, with the road winding out to our old-fashioned Georgia farm gate,” Price wrote. That gate also holds the enormous copper mailbox where cartons of books were once delivered.

Weary of scores of fans who had figured out their top-secret location, Price penned a sign that she posted at the entrance to the property – “Unexpected guests can not be received. Thank you for respecting privacy.” Their fans’ fervor has not abated in the decades since their deaths. They continue to be of curiosity to those traveling to St. Simons Island, as the graves of the women, not far from The Dodge, are the most visited in the historic Christ Church Cemetery, according to the cemetery superintendent there.

The Dodge, writes current owner Jacobs, “serves as a physical reminder of a bygone era on a barrier island on which the state of Georgia’s very history began.”

After the happy occasion of purchasing the home, vandals in 2012 ransacked the house, adding to the list of extensive repairs. In February of that year, renovations began with mechanical, electrical and plumbing upgrades being addressed first. Due to the vandalism, the kitchen was completely renovated, and all the windows were replaced with those that are architecturally compatible.

The floor plan has remained mostly unchanged, except for Price’s bedroom, which was converted to a modern, spacious master bathroom.

The Jacobs, and many others, consider Price’s office “hallowed ground,” and it was left intact, with updates only to paint, and replacing the carpet, damaged in the vandalism, with floors made of Georgia heart pine.

“The study is sacrosanct,” Jacobs said.

The living room, with its comfortable seating area and glorious views of the sunset through its bay window, also houses a beautiful piano and a collection of local art treasured by the Jacobs, including the works of Mildred Huie, Susan Durkes, Peggy Everett, Mary O., Mary T. Griffith and Betty Lowe.

The original paneling in the house is from Carmel, California. Price and Blackburn had a love for all things Northern California, so they settled on paneling their home with Ponderosa Pine.

“All the wood in the new addition is Georgia cypress,” said Jacobs, adding that the millwork was replicated from that in the original house.

In 2013, the renovation work continued. The existing garage was converted into a family room, the original attic space became a bedroom with an en suite bathroom, and subsequently, a new laundry room, another new bedroom and bathroom and a four-car garage were added.

The 5,000-square-foot fenced family garden and shed were added in 2016, and were followed in 2017 by an extensive landscape renovation that included elimination of the original driveway which once encircled the house and led to a carport, and the addition of a new driveway at the front of the house, which Jacobs says was designed to enhance the arrival and departure of guests to The Dodge. The Jacobs are also beekeepers.

Significant landscaping, along with a pool and patio, were also installed, and multiple water features, most importantly a Kehoe syrup kettle forged in Savannah (c. 1890) complimented by an antique granite millstone from Demopolis, Alabama.

“Candice Brewer did the landscape design for the renovation,” she said, which in addition to having its obvious effects, also attracts the Jacobs’ bees. “With all these fountains and water sounds, the bees line up to drink water.”

A profusion of salvia dots the landscape at The Dodge.

“Deer won’t come near them,’ Jacobs said, adding that she has tried to select “fairly deer-proof” plants for the landscape.

Throughout all the renovations to The Dodge, the Jacobs have made it a priority to use Georgia materials and resources, including tabby, salvaged brick and Georgia-grown pine and cypress timber to maintain the historical significance of the house and value the contributions that other Georgia craftsmen and farmers have contributed to the state’s heritage.