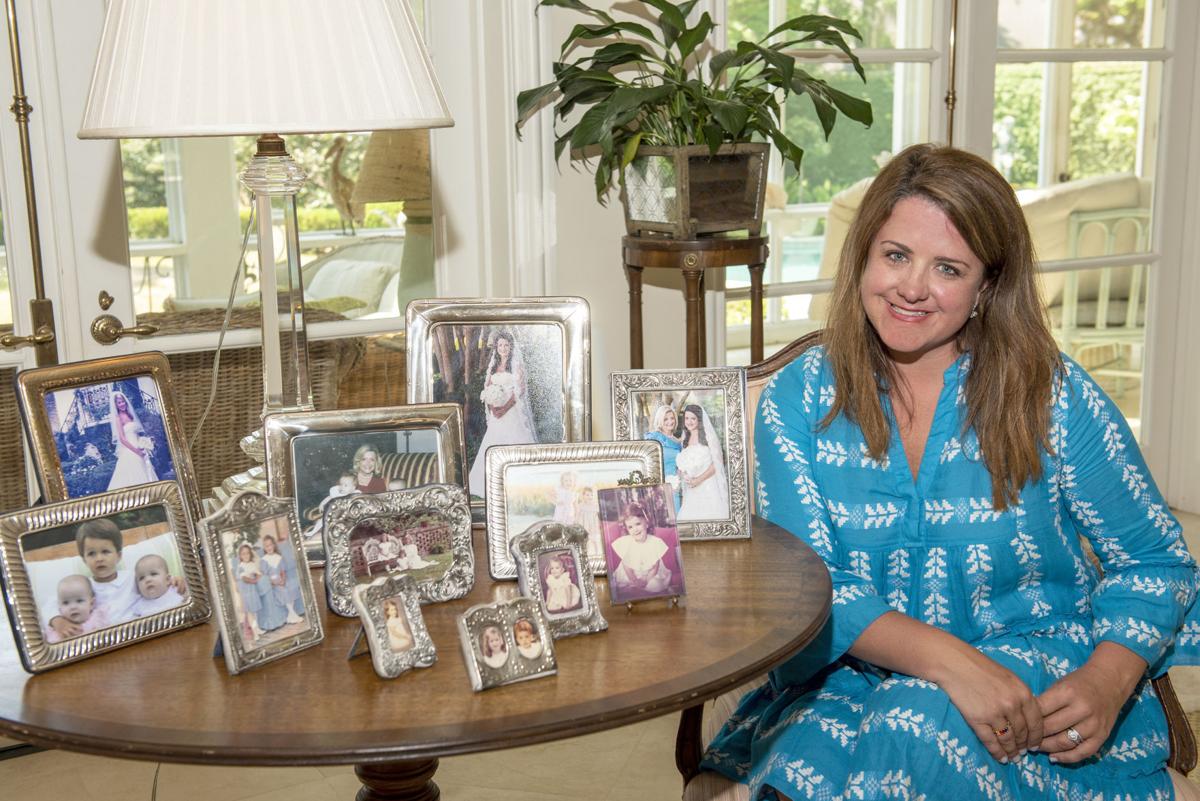 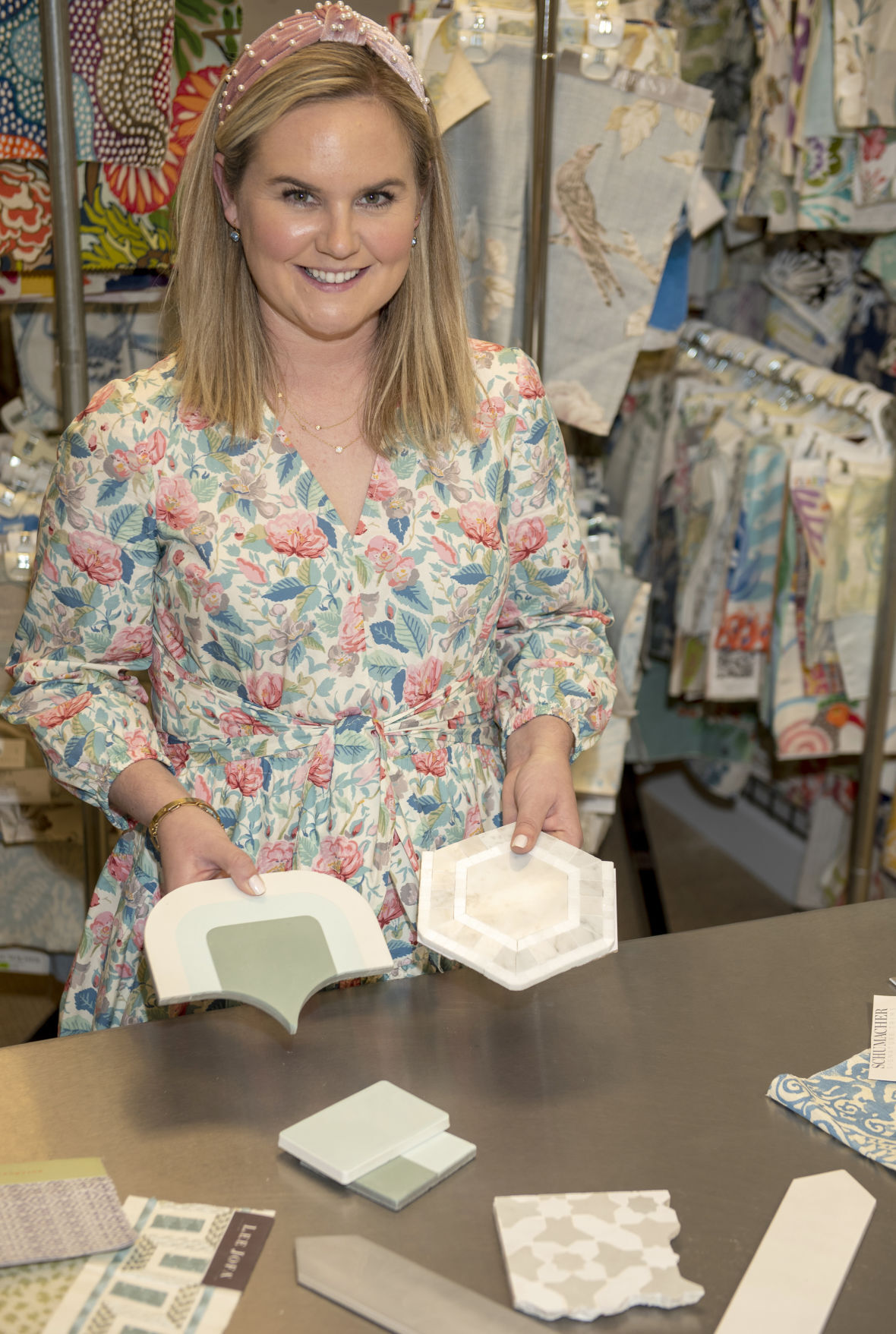 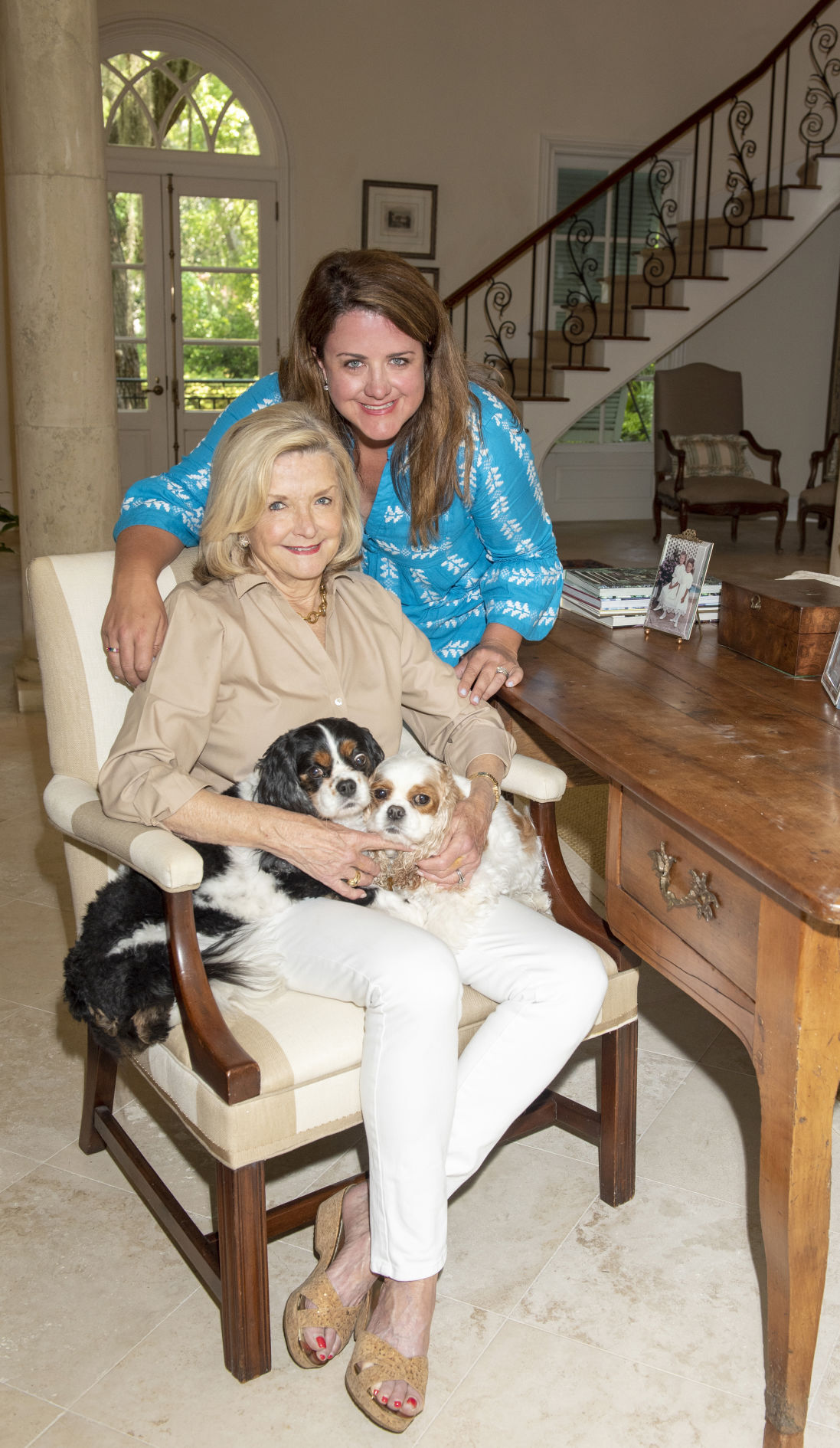 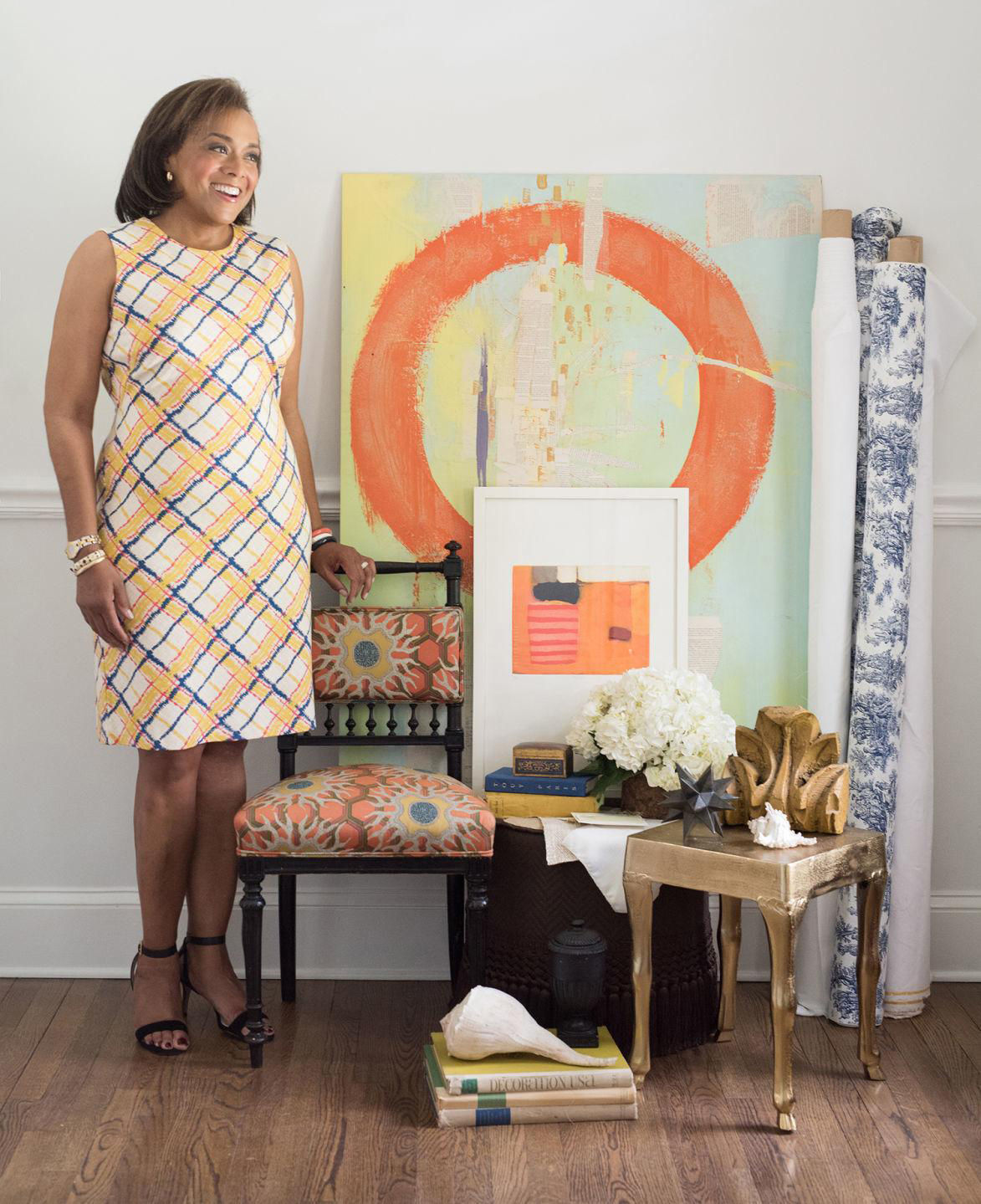 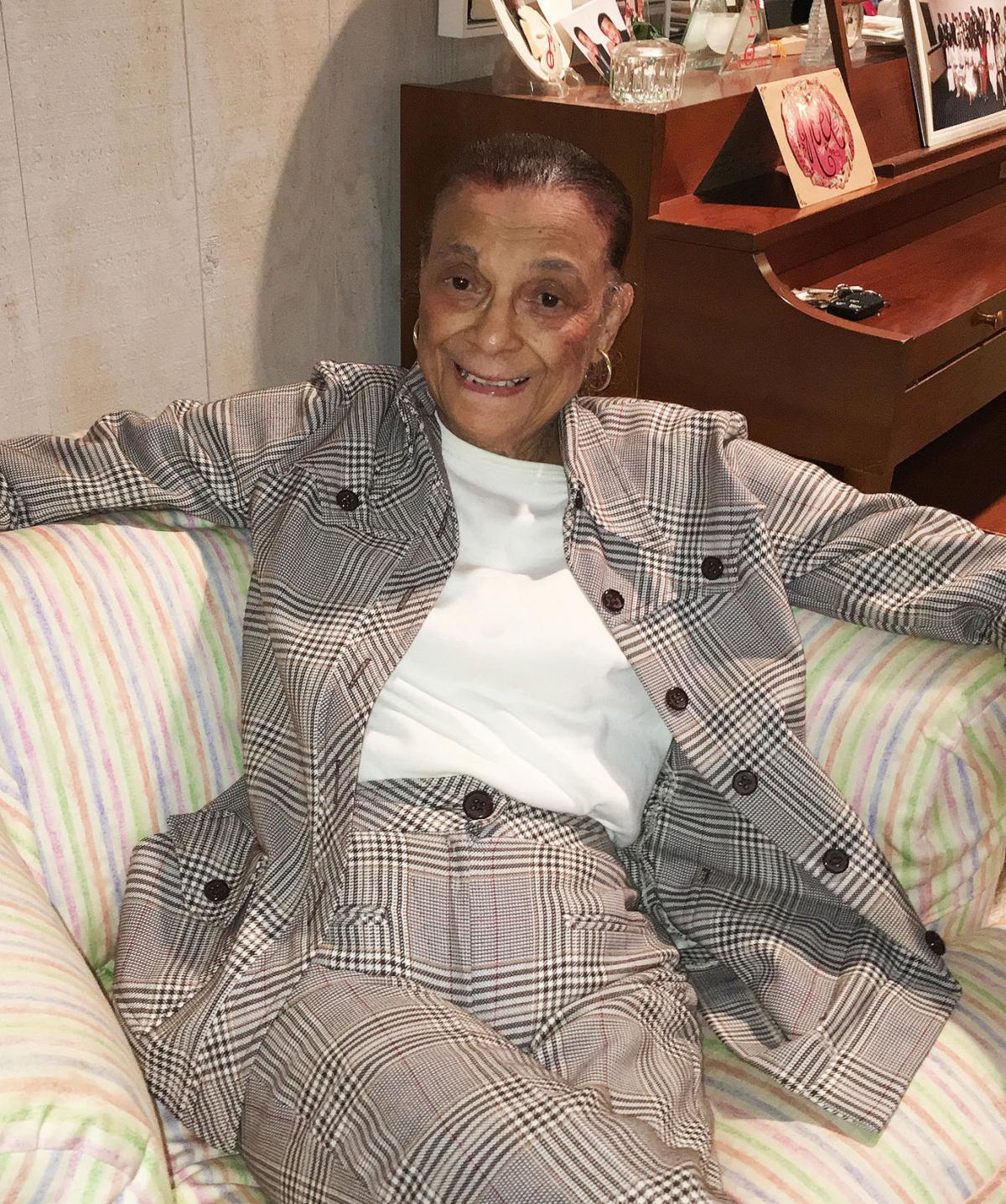 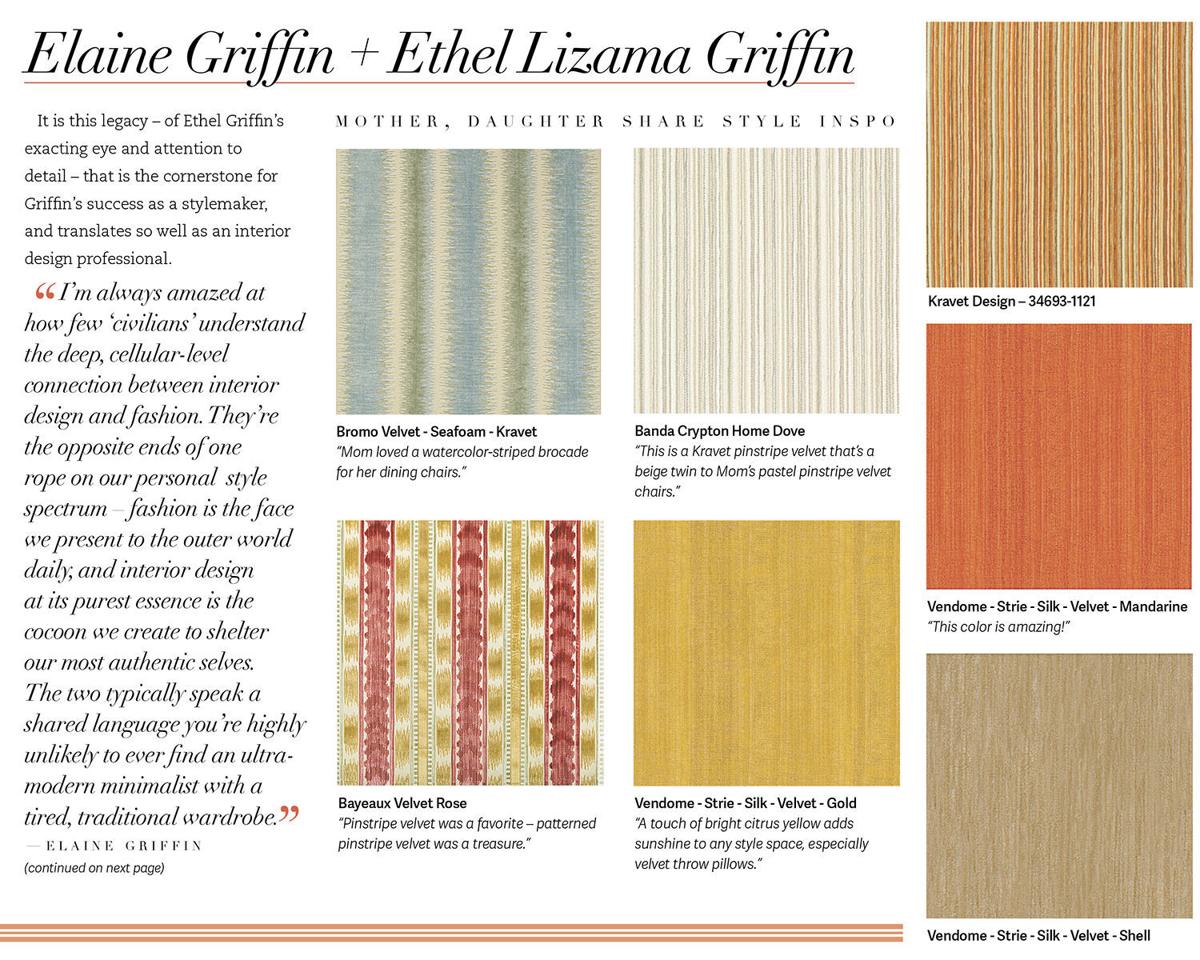 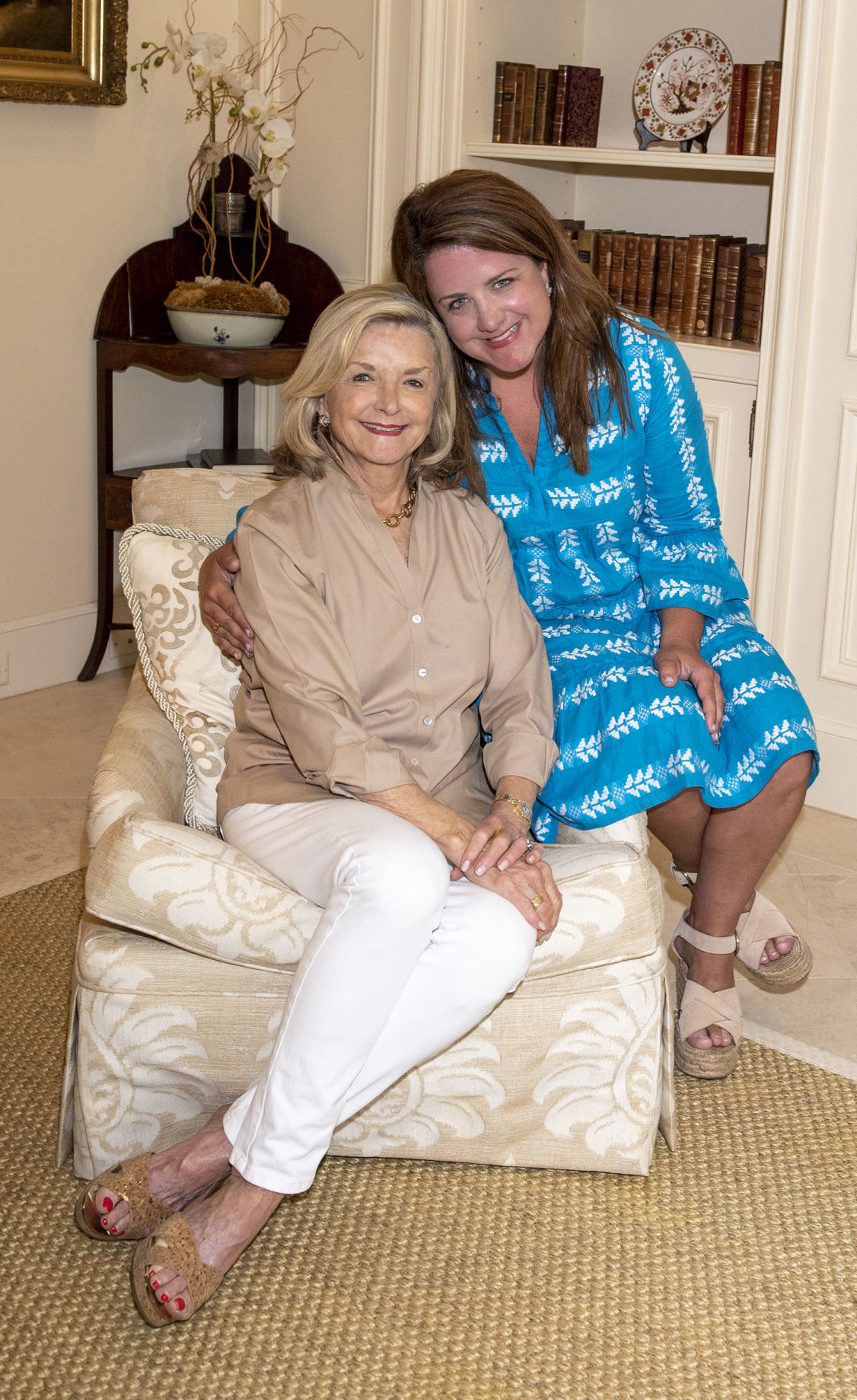 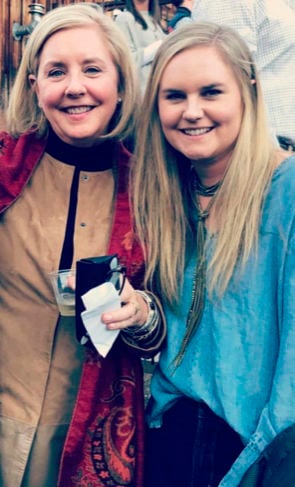 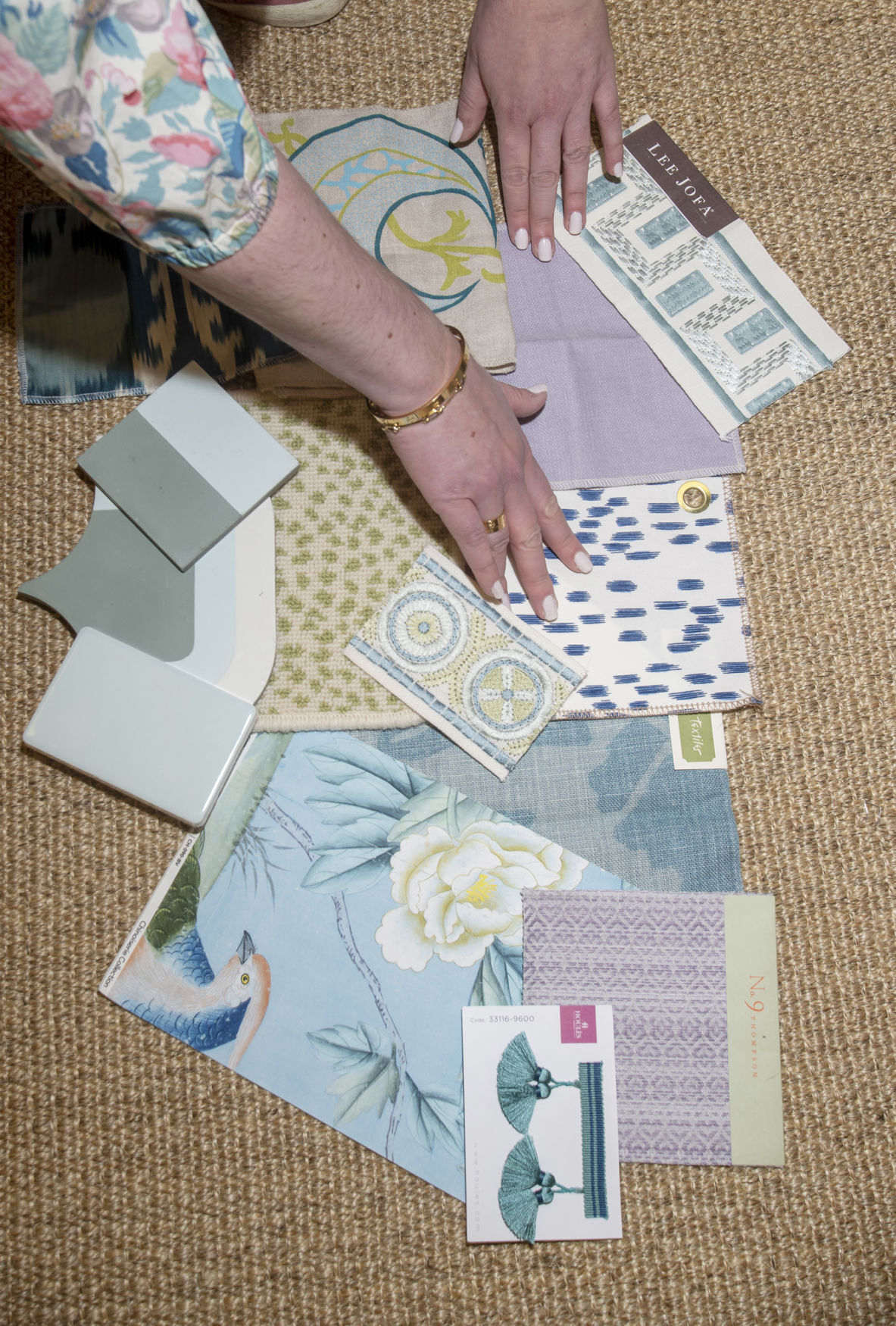 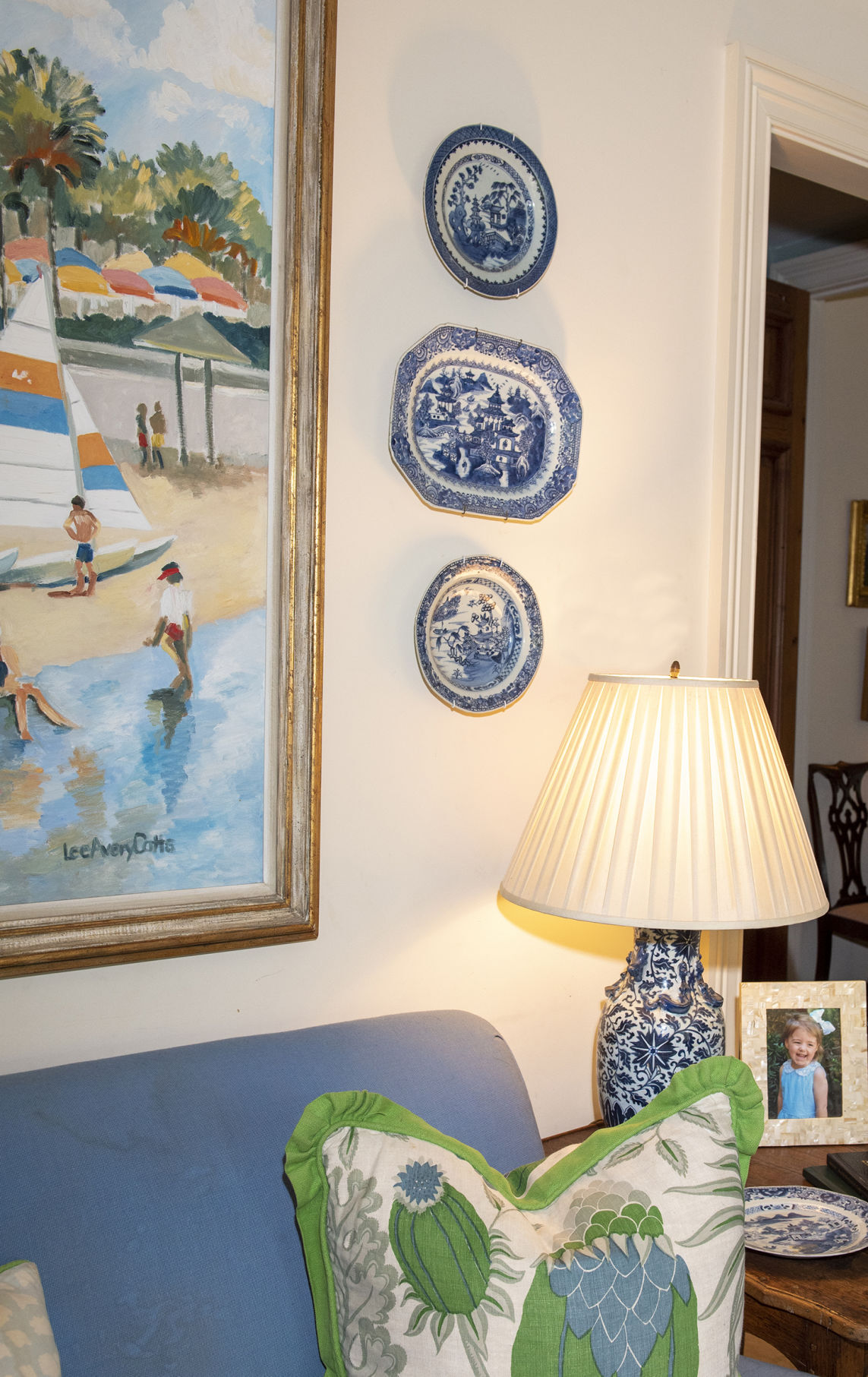 Alegacy, or inheritance is so much more than an accumulation of material things. Knowledge is a meaningful legacy. Some parents, mothers in particular, bestow their unique sense of style on their daughters, most of the time with marvelous results, although we’ve all no doubt seen how this can sometimes go terribly awry. The three interior designers we’ve chosen all had mothers with impeccable taste which they passed down to their daughters, with magnificent results. In some cases, the younger generation chose not to follow their mothers’ paths step-by-step, but upon close observation, the foundation is apparent.

That’s certainly the case with Julie Singleton Willis, a designer at Pierce & Parker.

Janet Singleton, Willis’ mother, has always been passionate about interior design, and enjoys being surrounded by beautiful things.

“My mother has always liked pretty fabrics and antiques, so I grew up around them,” said Willis. “My style developed from hers, but she was more traditional than I was. I learned to appreciate design at a young age.”

Both mother and daughter favor blue and white porcelain pieces, and mixing antiques in with newer items.

“I still love antiques and blue and white porcelain like my mother,” Willis said. It’s a timeless Southern thing. I have it in my house too, and try to use it for my clients when possible.”

Willis freely admits her style is more eclectic than her mother’s, but she loves to include some traditional Southern pieces whenever possible. Both also like to include family photographs and paintings in their decorating, which is a touch that can soften a formal space, and make any room seem more intimate.

Still, with all their similarities, Willis says there are differences.

(continued on next page)

Elaine Griffin, owner of Elaine Griffin Design and an internationally known lifestyle expert who has worked with the top names in interior design, is now working from Brunswick, her hometown. Among many of the standards her mother set for style, fabrics, both wearable and decorative, were at the top of the list.

“I’ve always said that few attributes surpass being Southern on the list of life’s greatest things, and having a Southern mother – and alas, I can only reference the personality-packed, larger-than-life, steel magnolia matriarchs of Miss Ethel’s era – is truly the icing on the cake,” she said.

“Fabrics were Mom’s first love – followed by silhouette, the art of tailoring – and they’re mine, as well,” Griffin said. “Every room I design starts with fabrics, and I can never get enough of combining as many shades, patterns and textures into every square foot of space as reason and taste will allow. We’ll find a rug for a room and that’s that, but I am happy to keep shopping for fabrics until we can’t squeeze one more throw pillow in.”

Ethel Lizama Griffin grew up in a time when appearances, both at home and in public, were of the utmost importance. In fact, Griffin explained, her trademark reaction to even the slightest breach of protocol – an inimitable arched eyebrow pared with a withering look – remained 100 percent intact until the very end.

Her sense of style, expert eye and sartorial passion informed every facet of her life, and nowhere was this more evident than at home, Griffin said.

“When we moved to Belle Point in 1972 – we were the first Black family in the neighborhood – her love of fabrics was evident the minute you walked in the door. Her nine-foot sofa is still sheathed in ivory silk velvet; a linen velvet pastel pencil stripe adorned a pair of chairs.

Her mom, Griffin said, was an avid seamstress and “true fashionista” who dressed her dolls in black silk crepe by age five. This fact is confirmed, Griffin said, not only by the aunts who purchased the fabric and subsequently gifted her a sewing machine for her 12th birthday, but also her Mom herself in her twilight years, as she “returned” frequently to her doll dressmaking studio in delirium.

It is this legacy – of Ethel Griffin’s exacting eye and attention to detail – that is the cornerstone for Griffin’s success as a stylemaker, and translates so well as an interior design professional.

“I’m always amazed at how few ‘civilians’ understand the deep, cellular-level connection between interior design and fashion. They’re the opposite ends of one rope on our personal style spectrum – fashion is the face we present to the outer world daily, and interior design at its purest essence is the cocoon we create to shelter our most authentic selves. The two typically speak a shared language you’re highly unlikely to ever find an ultra-modern minimalist with a tired, traditional wardrobe.

And, because Elsberry’s mother was an international flight attendant, she was able to incorporate global flair into a traditional Southern home.

“She was a flight attendant for Delta for 41 years, but throughout my childhood, there was always an importance placed on the design and decoration of our home,” she said.

Elsberry distinctly remembers her mom flipping through home décor magazines and tearing out photos, collecting interior design books and discussing the design and decoration of the family’s home.

“Over the years, she brought back many antiques and treasures from her travels overseas, and was always dragging me into various design shops,” she said. “She exposed me to traveling and museums around the world, and has had an enormous influence on my love of beautiful things.”

Many of those items have become family treasures.

“The favorite thing my mom has brought back from her travels has to be her collection of antique majolica plates,” she said. “They are so rich in color and have so much character and beauty. She currently has them hanging in a niche flanking a grandfather clock, and it is one of my favorite spots in my parents’ home.”

The mother-daughter duo loves decorating in the same blue and green color palette.

“These are the colors I naturally gravitate towards, and find I use most often in projects,” she said.

Elsberry’s mom also taught her daughter about the importance of mixing old and new furniture and different styles.

“One other way my mom influenced me is her attention to detail,” she said. “From adding a contrast trim to a pillow, to using a custom lampshade – it really is the small details that pull everything together and make a room special.”

As far as avoiding her mom’s style, Elsberry says that doesn’t really happen because their styles are more alike than different.

“There isn’t one thing in her home I don’t like,” she said, adding that her mom’s style falls a bit more on the traditional side. “She is a huge fan of floral chintz, and if I use a floral, I would probably pick a more updated/funky version.”

Elsberry also likes to add an unexpected pop of color in her design schemes.

“Purple is my go-to at the moment, and in being more traditional, my mom would never do this,” she said.