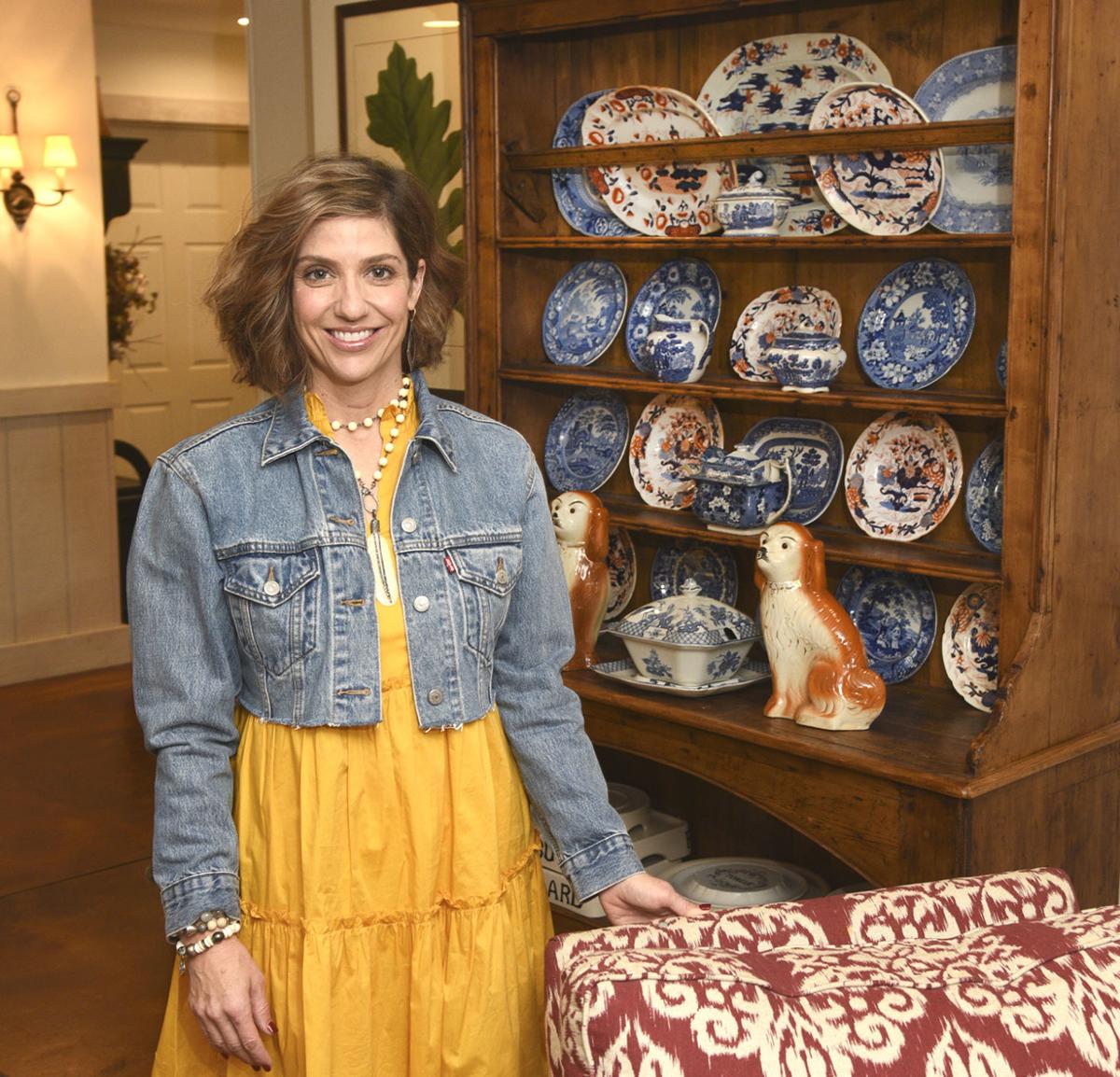 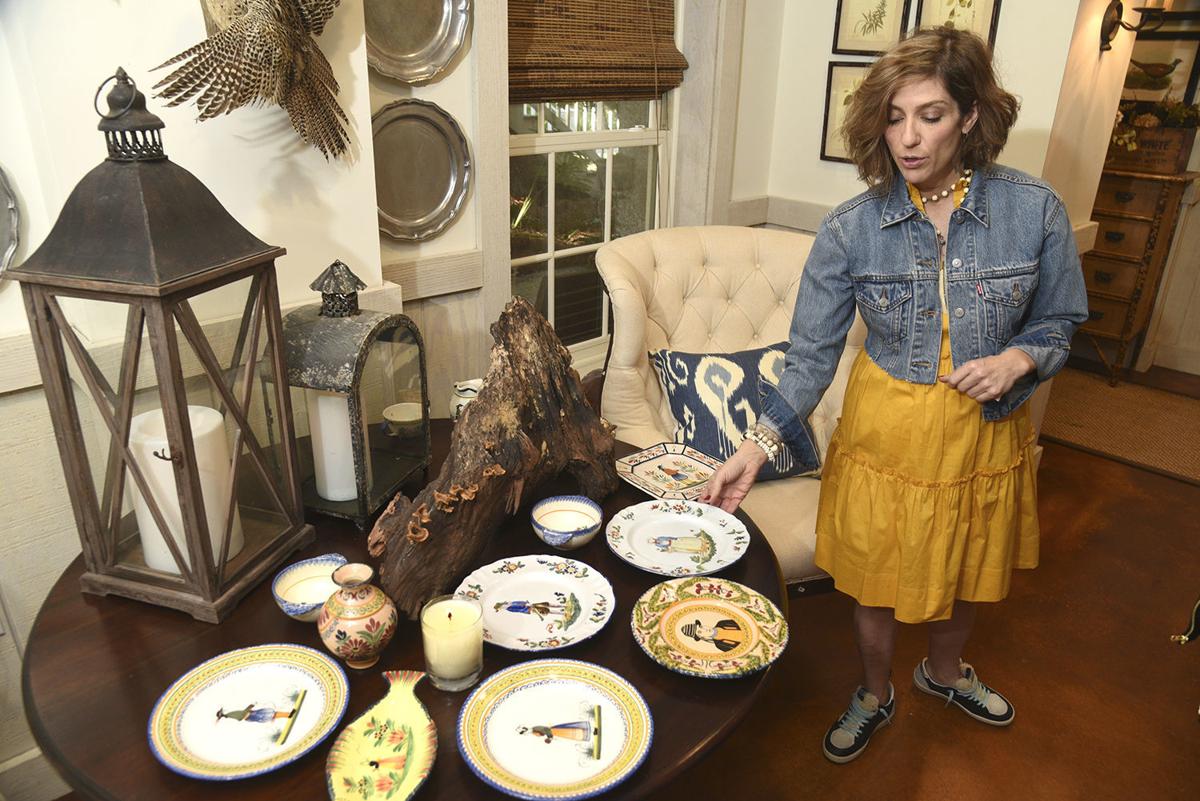 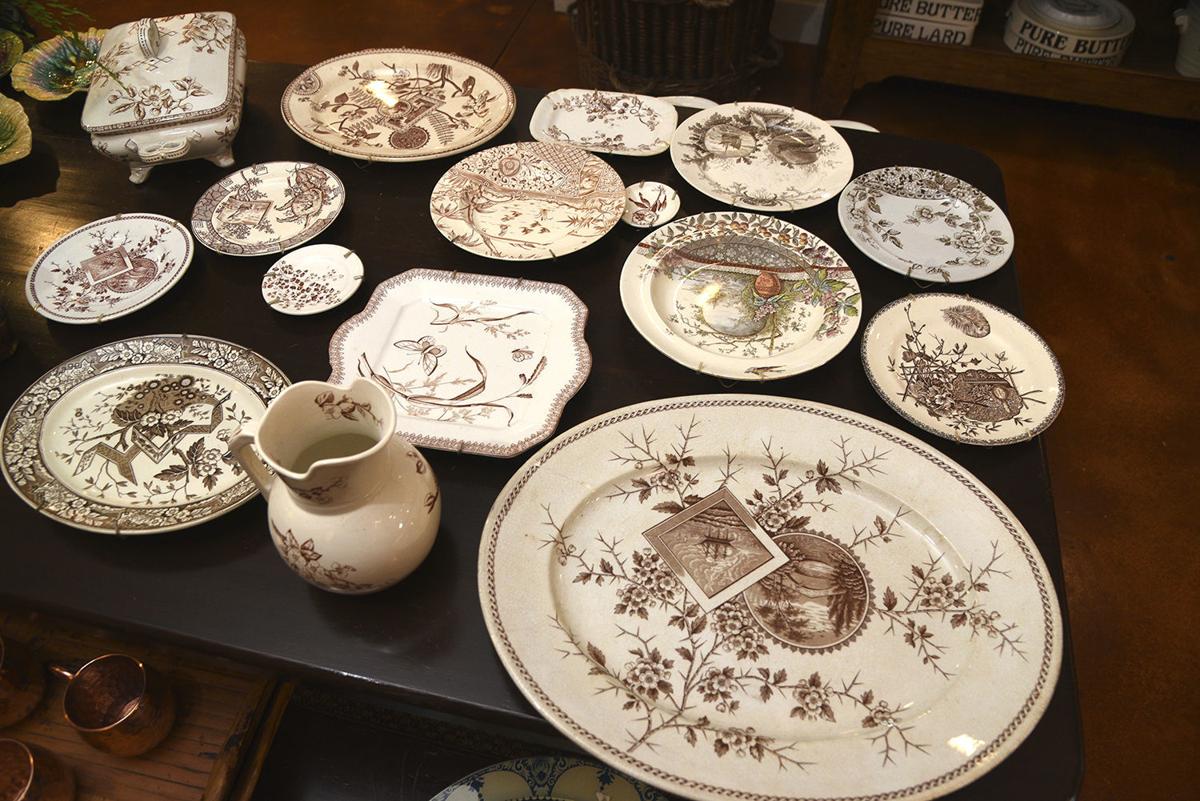 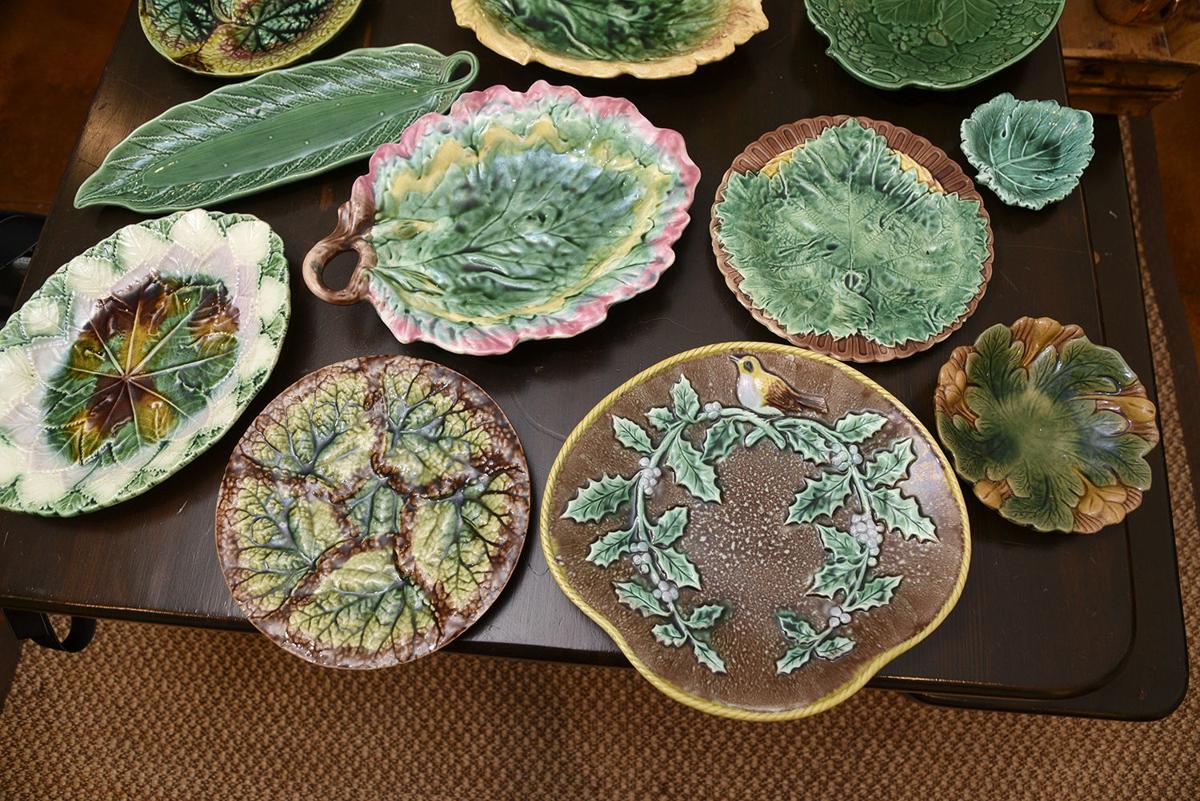 Many of us have collections. Whether it’s our great-grandmother’s silver, our beloved grandmother’s china, or any number of objects, inheriting one of these treasure troves can be both exhilarating and intimidating. The trick is to bring it out of storage, and display it, incorporate it into one’s home decor so that others can treasure it as well.

Elizabeth Powell, who has curated a wonderful ceramics collection for several decades, grew up in a family in which her parents and grandparents both loved antiques.

“I can remember being dragged on trips with my mother and my grandmother into dusty old antiques shops and disliking every minute of it,” she said. “For my 16th birthday, at a time when most of my friends were hoping to get a car – my folks gifted me an antique bed … a beautiful thing I still cherish to this day, as my daughter has it and hopefully, she will pass it to her daughter someday.”

Powell’s love of antiques began, however, when s  he was 23, engaged and setting up her household.

“I fell in love with antique English majolica after seeing an article in a design magazine,” she said. “And the idea of starting a collection was not so daunting, as I had spent many an hour in shops and stalls and markets where antiques were sold. I knew just where to look.”

Her majolica collection began with a modest investment – three plates that were displayed on her wall with plate hangers.

“At a moderate price point, I invested in good pieces I knew I could later sell and trade up if I wanted, and I did,” she explained. “Over 25 years later, my collection has grown significantly and I now possess hundreds of plates, serving pieces and vases.”

“Before the invention of plastics, most creams and potions were sold in ceramic pots, so I have a very interesting Victorian collection of toothpaste pots, as my husband is a dentist,” she said.

In the early 2000s, Powell was an antiques dealer in Atlanta, and has some tips to consider when decorating with ceramics.

“I love the smooth glazed finish of ceramics,” she said. “The texture adds dimension to interior spaces and the rounded edges and shapes soften the angular lines of square rooms.”

Powell said hanging plates on a wall, or alongside mirrors or paintings, creates focal points that rival artwork. Plates add color and contrast to wood surfaces when displayed in cabinets or on shelves, and look beautiful grouped with books, photos and other collectibles. Ceramic lamps, vessels and figurines also add layers of texture and interest.

“Collections of heirloom pottery tell a story, and can be passed down for generations … think back to your grandmother’s Limoges or her Hummel figurines,” she said. “The love affair of humans and ceramics goes back for centuries.”

Whereas the term ceramics encompasses a lot, it’s generally used to refer to pottery made of clay. There are three major types of pottery. Earthenware is the softest grade with the lowest firing temperature. The color is brown or red, and it is usually painted. Examples of earthenware include Faience, Delftware and Majolica.

Stoneware, which also includes ironstone and jasper ware, comes next. It is fired at a higher temperature and is whiter than earthenware, but it is not as hard or white as porcelain. Antique transferware is often used as an example of stoneware.

Then there is porcelain, which always contains kaolin. Powell says it is the finest, strongest and whitest of all pottery. Bone china, which contains livestock bone ash added to the clay for more hardness and whiteness, falls somewhere between stoneware and porcelain.

Some of the earliest clay pottery in the world comes from China nearly 20,000 years ago following their invention of porcelain. Marco Polo coined the word “porcelain,” because he thought it resembed “porcellana,” the Italian word for cowrie shell.

“Porcelain is the highest quality ceramic and greatly prized throughout history for its strength and bright white color,” Powell said. “The whiteness and hardness of the porcelain was highly sought after, as one could see the liquid in the vessel against the white background.”

Its color and durability come from kaolin, a specific type of clay. Later, during the Ming Dynasty, the Chinese developed a cobalt blue glaze that didn’t run during firing, and when combined with the whiteness of the kaolin clay, blue and white ceramics became a desired aesthetic that remains popular today.

“Then two things happened in the 16th century to shape the future of pottery: the Chinese began exporting porcelain wares to foreign dignitaries and, combined with the booming tea trade, teapots, tea bowls, tea caddies, teacups and saucers followed suit,” Powell said. “And the high demand of this exotic brewed drink created a craze that still endures.”’

Of course, Europeans began clamoring for porcelain and the Chinese answered the call and began export it to Europe and what would become America.

“Cantonware porcelain, from the Chinese seaport town of Canton, was not only popular among English aristocracy, but early Americans as well,” Powell explained. “Entertaining and serving wares often signaled one’s station in life.”

service ware. Wealthy colonial Americans waited for long periods to receive their Chinese export pottery. Canton pottery fragments have even been found on St. Simons in the ruins of Hampton Point.

Then, as often happens, the English potters began copying the Chinese.

“Because they had yet to find a kaolin source, English potters produced earthenware and stoneware and in their quest to imitate Chinese ceramics, they developed slips, glazes and painting techniques to imitate the look of porcelain,” Powell said. “In the late 1790s, kaolin was finally discovered in France in the town of Limoges, but English and French potteries continued to produce all types of

wares, including Faience, Delftware, Majolica and creamware, just to name a few.

Many desirable pieces are available in antique shops throughout the country because of Americans’ desire to keep up with English fashion in the 18th and 19th centuries. Powell said the safest way to identify pottery is by its potter’s mark.

Most English potters left some sort of identifying mark or factory name on the underside of their wares,” she said. “Many marks can be identified via internet catalogs. However, with earlier examples and most Chinese exports, no mark is often the case. Being able to rely on an expert to authenticate unmarked wares is advisable.”

Powell said for those who want to start a collection, the market is still fairly affordable, and suggested shopping locally at Antiques, Etc., in Brunswick, and Low Country Walk, on St. Simons Island.

“Staffordshire antique pottery prices have come down significantly in the past 20 years,” she said. “Entry-level pieces start as low as $50 for antique transferware, Majolica or Faience.”

More knowledge than ever before is readily available online, so Powell encourages people to do their homework before deciding to make a purchase to avoid overpaying.

“All pottery is not made equal.”