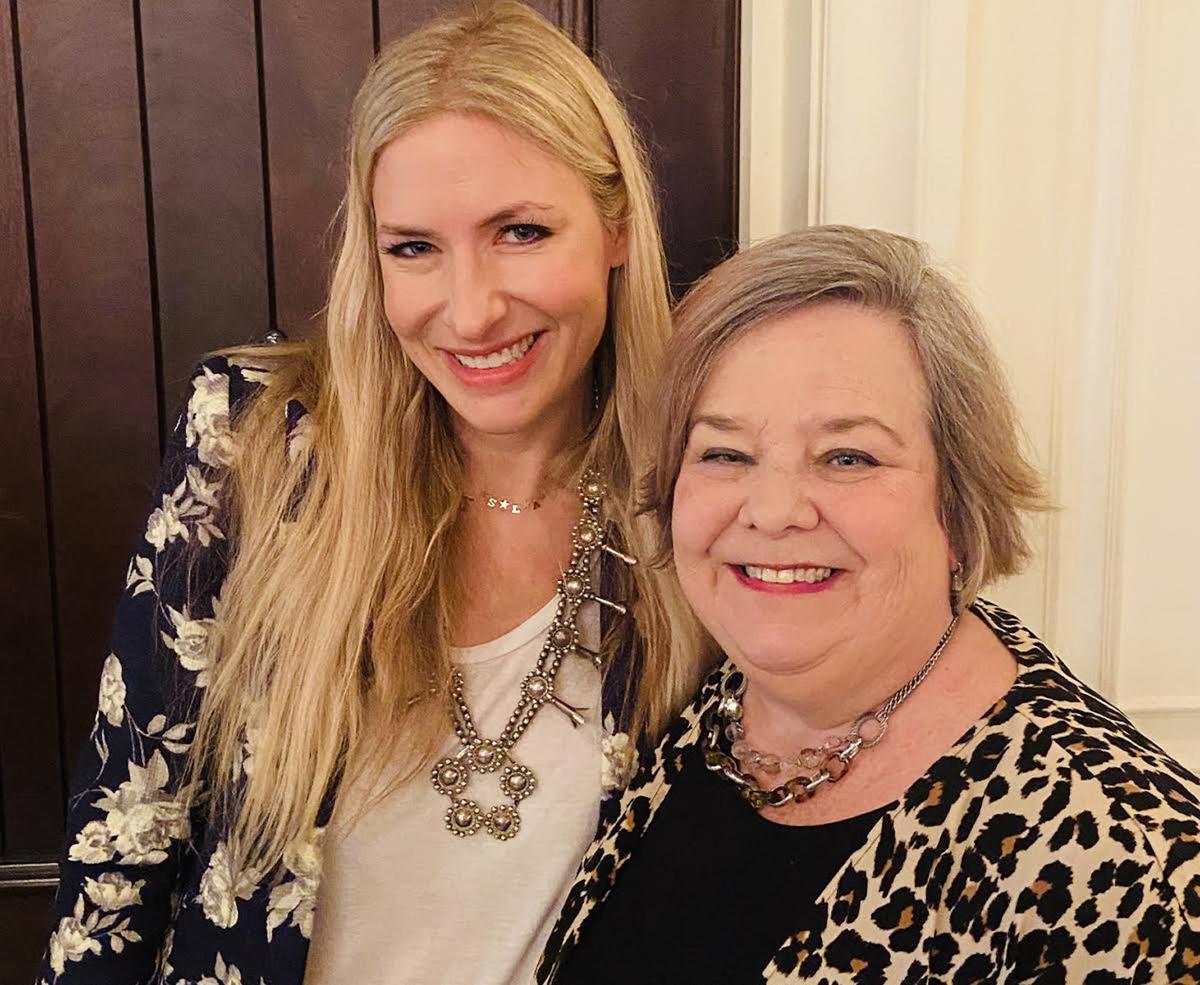 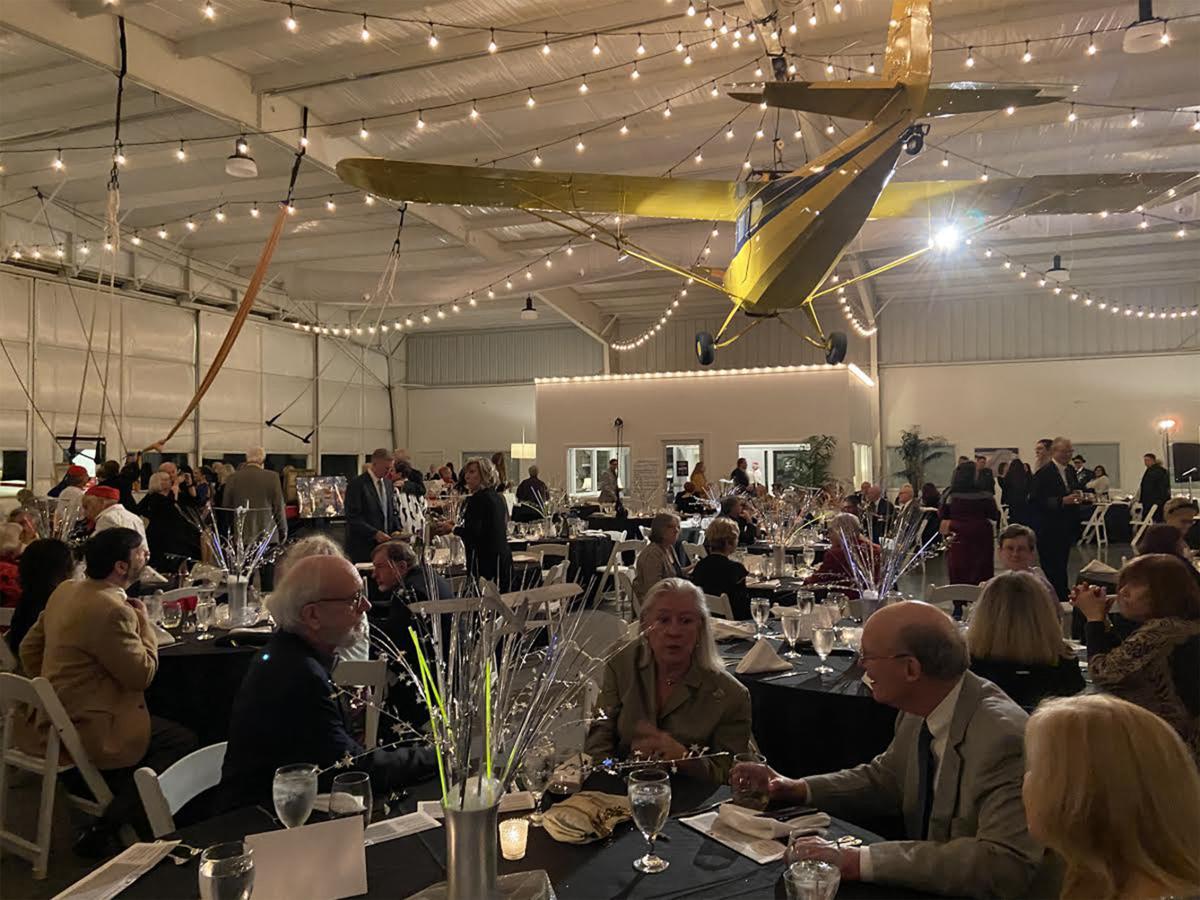 The Art of Flight was held at the Golden Isles Aviation hangar, on Demere Road … photographed by Mary Starr

The Art of Flight was held at the Golden Isles Aviation hangar, on Demere Road … photographed by Mary Starr

As I’ve mentioned previously, I’m an adoptee. In addition to my birthday, my parents also celebrated my anniversary, which commemorates the day I became a legal, no returns or exchanges allowed, member of their family. There was a twist, however. When my parents brought me out of the courthouse, my birth mother was there, on the stairs, watching as they whisked me away. I cannot imagine how heart-wrenching that was for her. She couldn’t take care of me, and yet, there she was, making sure she had made the right decision.

My anniversary was always observed with a small, family only celebration, and it wasn’t until I was much older that I realized what a special occasion it was. My mom and dad have been gone for many years, and those traditions have as well. Now, on Feb. 16, I thank God for the woman who gave me the beginning to this fascinating life I’ve had so far. So on my anniversary, I am filled with gratitude for Nancy Mae.

February is the month we set aside for love, but what if every day we celebrated those people in our lives that make our time on Earth so special? Not with flowers, candy or gifts – although I’m not opposed to those either – but with a simple phone call or text, a hug, a smile or just flat-out telling people how special you think they are.

Speaking of special people, our Q&As highlight some of the neatest people in the Golden Isles. Will Howell is the focus of our Local Q&A. He has overcome numerous challenges, and is now an entrepreneur, with the help and support of his family. His WillPower Ties are becoming quite popular. In his spare time, this young man enjoys spending time with his Papa, Marion Moore, and checking out the St. Simons Pier.

Our newcomer is Debbie Britt, who, upon moving here, jumped right in and got involved in numerous organizations. An attorney, Debbie has found a niche in the practice of elder law. In her spare time, she enjoys being outdoors, practicing photography, and cheering for the Georgia Bulldogs.

In our feature, we talk with two authors who recently spoke at The Southern Coterie Summit, on Sea Island. Sallie Holder, author of the recently released “Hitting Rock Middle,” and Lydia Fenet, who wrote “The Most Powerful Woman in the Room is You,” have some words of wisdom for goal-setting and getting women where they want to be in their careers and personal lives. There were some solid women leaders at this year’s summit, including entrepreneur Holly Williams, who owns White’s Mercantile in Nashville, and several other locations, and is the granddaughter of the late Hank Williams Sr., and the daughter of Hank Williams Jr. She’s also just about the nicest person you’d ever want to meet.

Cary Knapp reviews “Red to the Bone,” a family saga by Jacqueline Woodson that centers around a decades-ago decision by a teenage girl. And our beverage columnist, Jim Henderson, has some treats that will help with your Valentine’s Day plans.

We also dropped in on Merry Mixer, The Art of Flight, The Southern C and the Community Jubilee, so we have tons of photos of people you know.

In Coastal Home, our Realtor Q&A spotlights Jay Kaufman, whose family roots go back to General Oglethorpe and Fort Frederica. We talk to Jay about his career with Parker Kaufman Realtors, his three children and his favorite local landmark – The Avenue of the Oaks, at the entrance to The Lodge. Our designer, Cara Wommack, talks about her family and her tastes in interior design. Her husband, Michael, is the person she most admires, and Jekyll Island holds a special place in her heart.

In Coastal Home, Cheri Leavy takes the wheel and provides great tips for hosting tip-top soirees – from invitations to serving pieces and what to serve, Cheri has it covered. Follow her foolproof tips and your friends will make you the talk of the town.

Have a Happy Valentine’s Day and have a great time on President’s Day — Mardi Gras is just around the corner! No wonder people like February! Enjoy the issue!