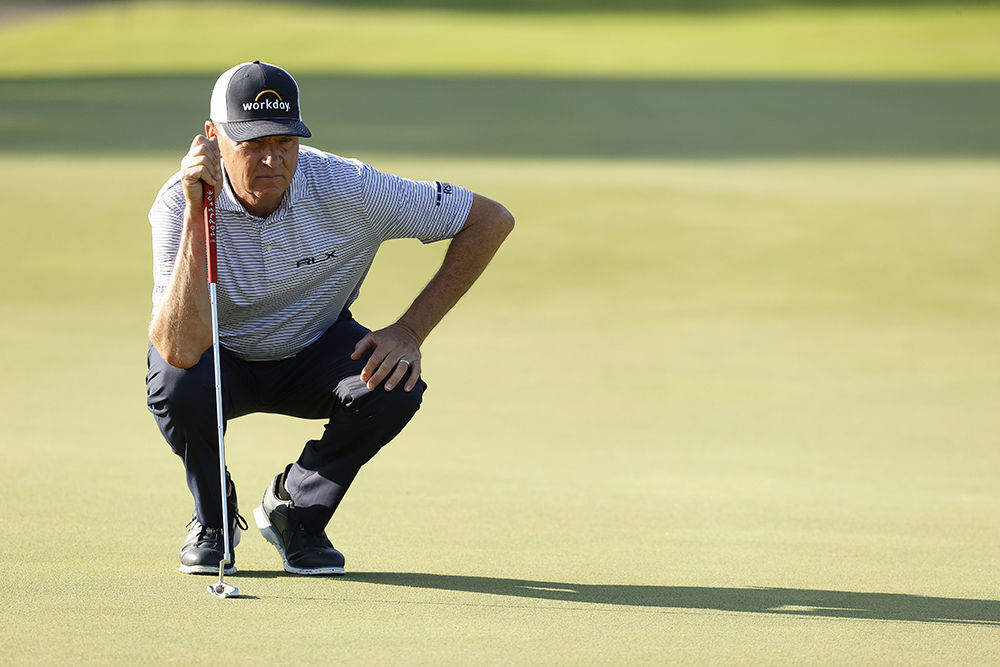 HONOLULU, HAWAII - JANUARY 15: Davis Love III of the United States lines up a putt on the fourth green during the second round of the Sony Open in Hawaii at the Waialae Country Club on January 15, 2021 in Honolulu, Hawaii. (Photo by Cliff Hawkins/Getty Images) 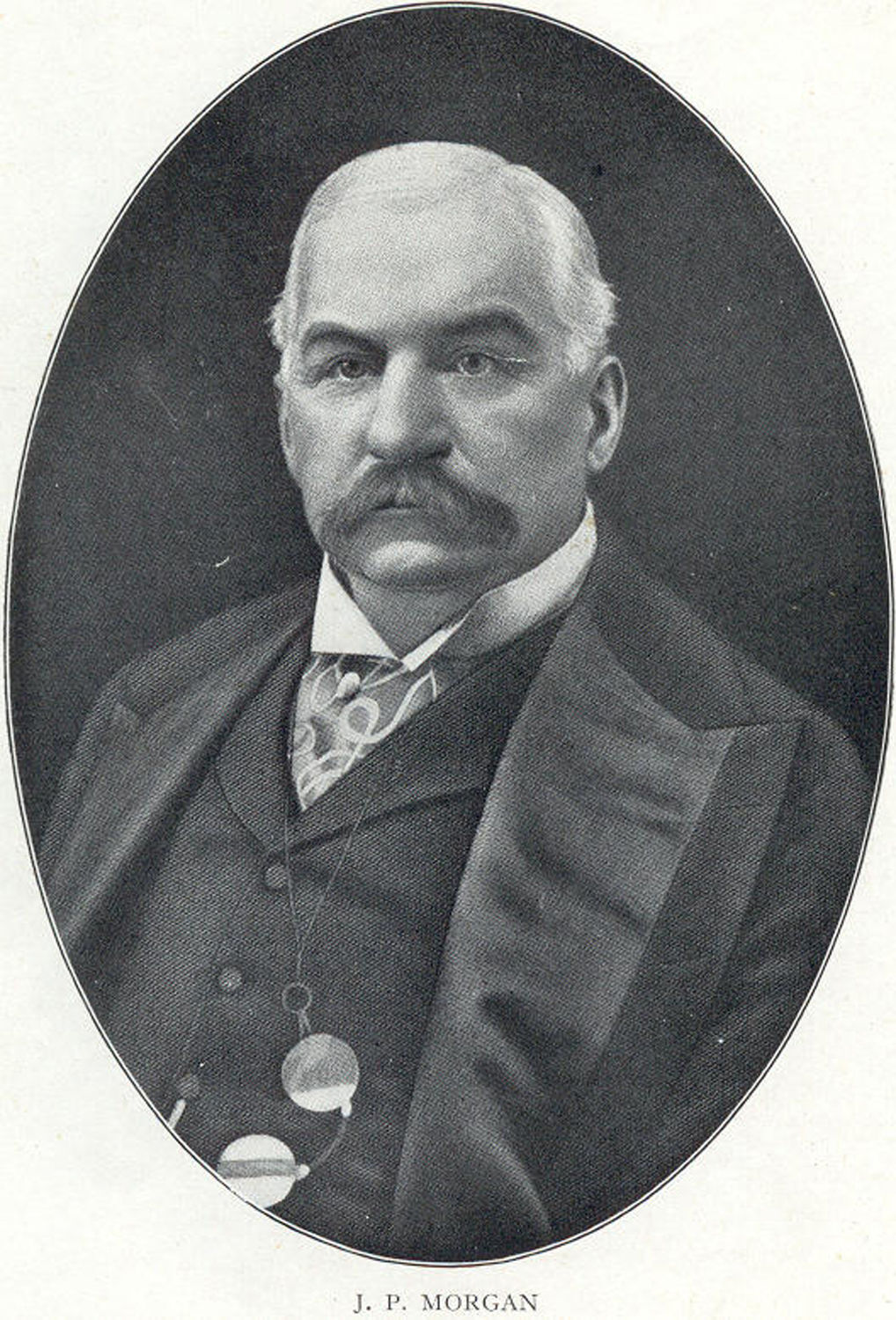 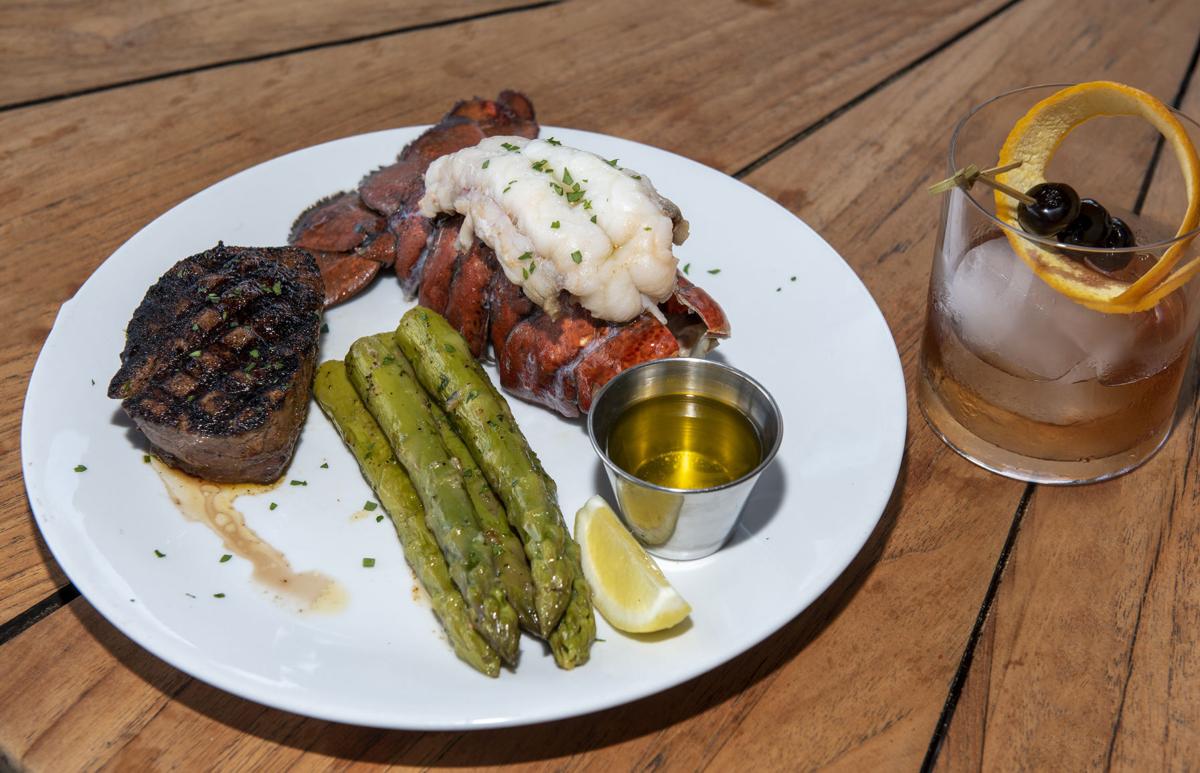 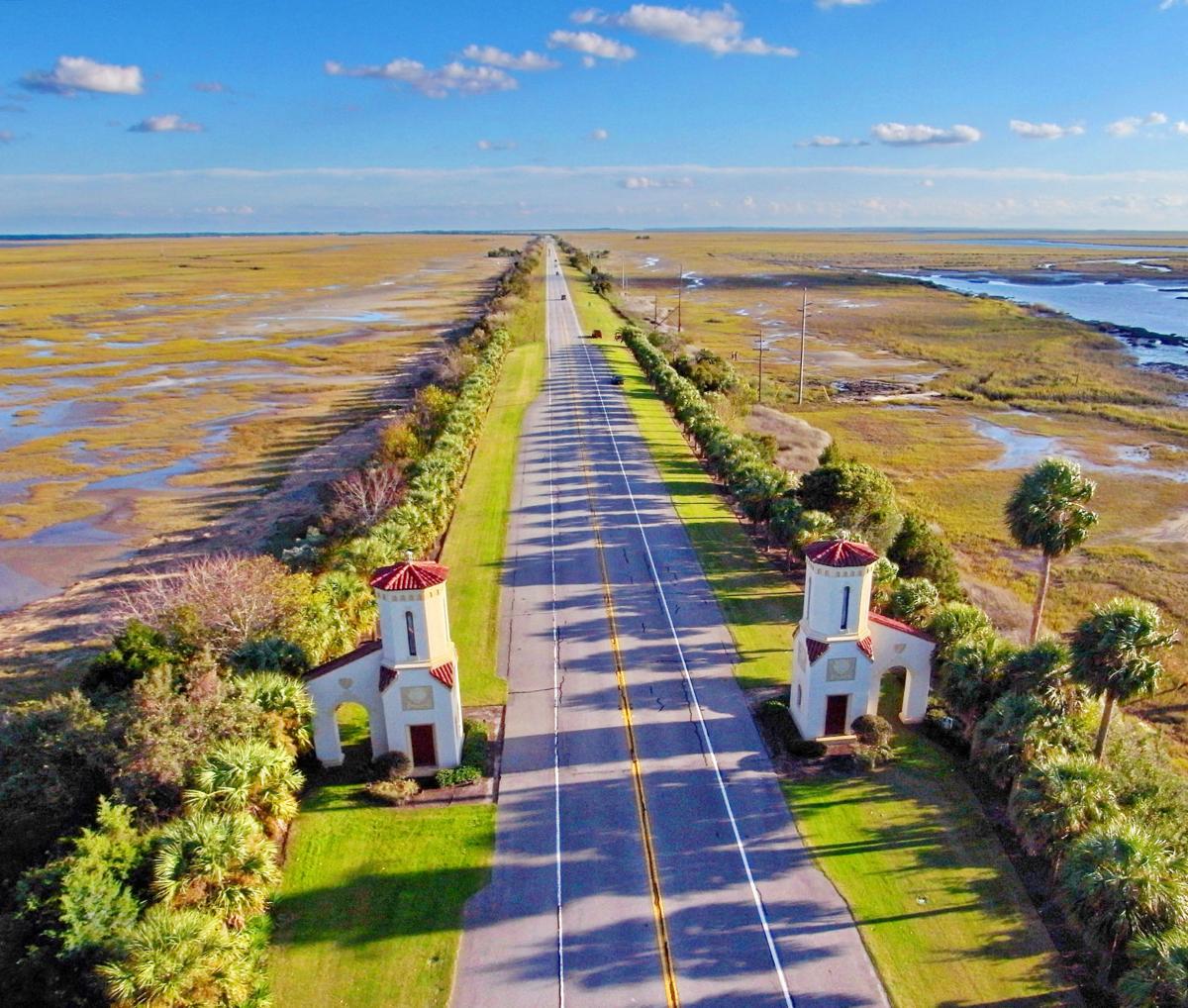 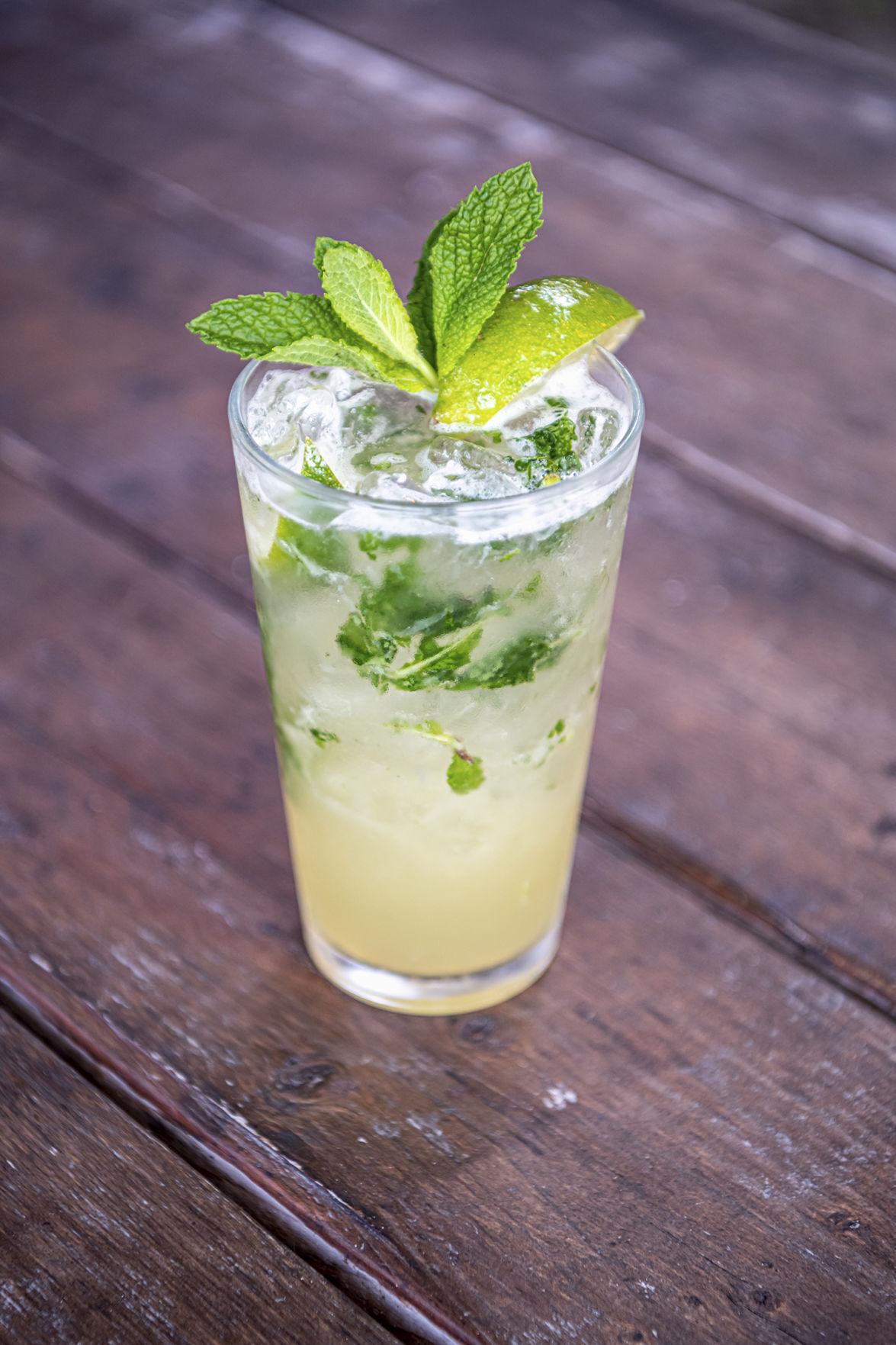 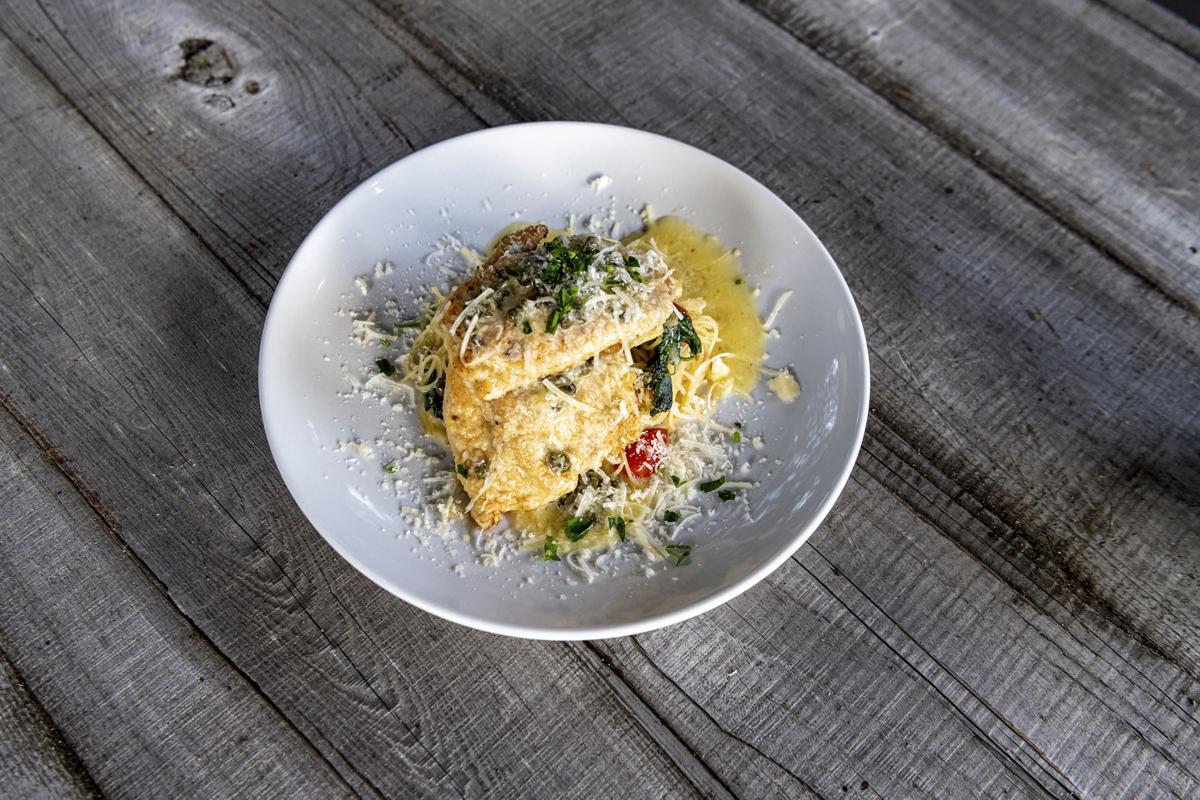 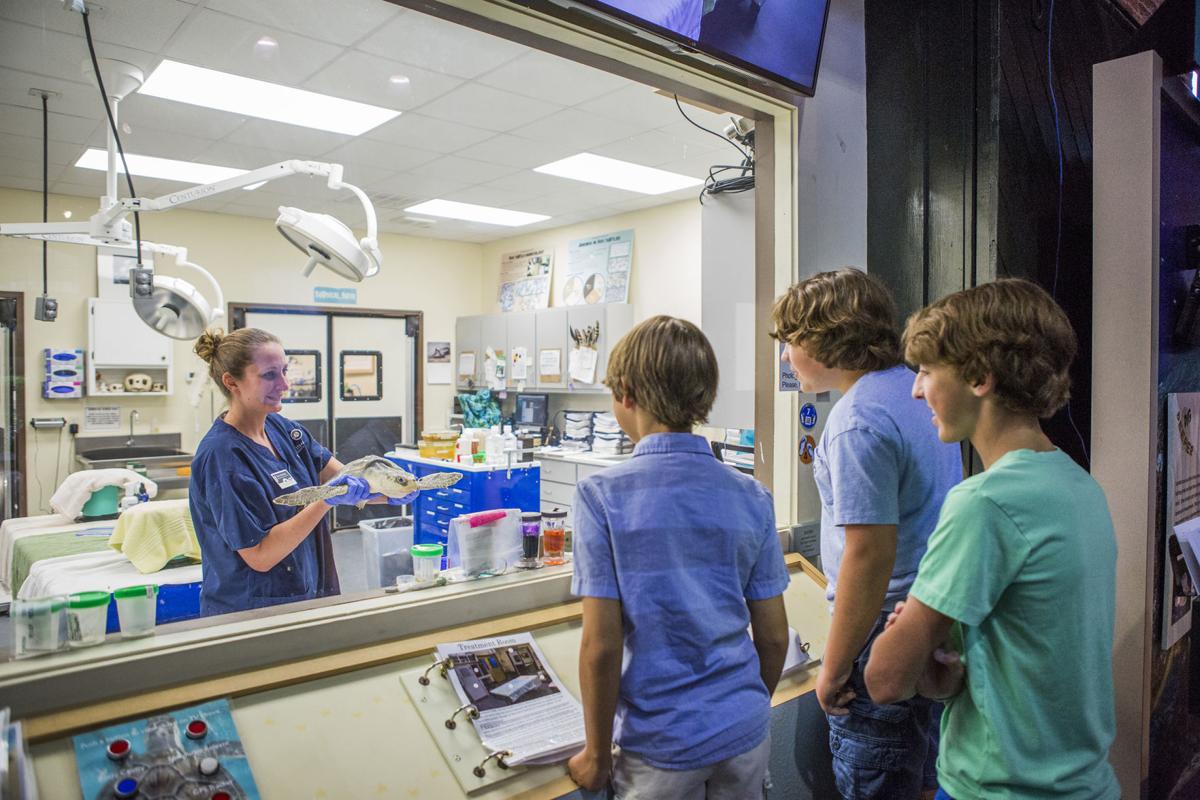 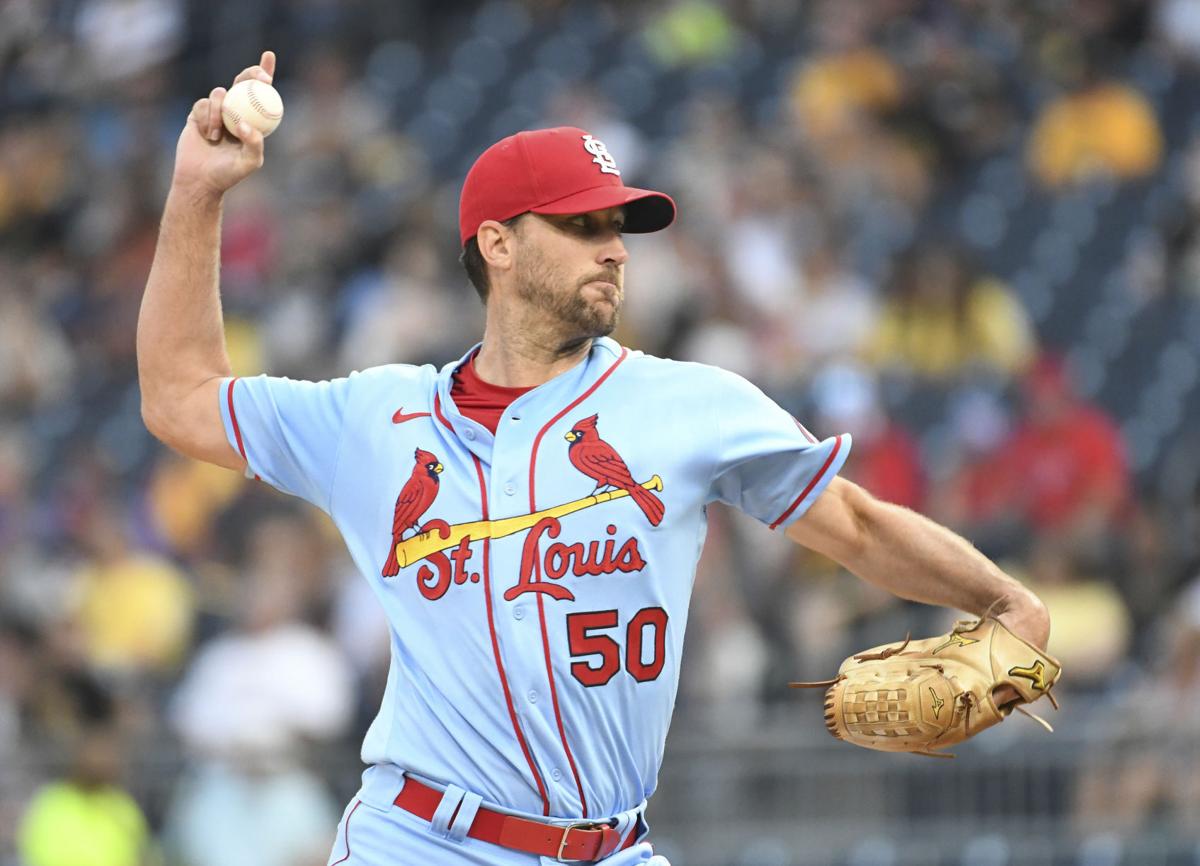 HONOLULU, HAWAII - JANUARY 15: Davis Love III of the United States lines up a putt on the fourth green during the second round of the Sony Open in Hawaii at the Waialae Country Club on January 15, 2021 in Honolulu, Hawaii. (Photo by Cliff Hawkins/Getty Images)

The Golden Isles is a vacation wonderland with its beaches, tidal creeks and salt marshes– the perfect spots for sunning, swimming, boating, fishing, and just about any sort of water-related recreational pursuit one can think of. But the Isles, where thousands of people call home, are so much more. They’re steeped in history, and a hotspot for enjoying the finer things life has to offer. Enjoy as we take a look at St. Simons Island and Jekyll Island and highlight some of the best places to eat, drink, and sightsee. And we dish a little about some of our hometown celebs.

St. Simons Island has the vibe of both an upscale resort and a thriving suburb, and it’s a whole lot of fun. Whether your pleasure is sightseeing, shopping, dining, learning about history (from prehistoric civilizations to the 2004 G-8 Conference up to today) or spending time in nature, there is something for everyone.

(1.DELICOUS DINING) A great meal is easy to find on St. Simons Island. Breakfast, lunch, dinner, happy hour, late-night – it’s all here. From locally owned fast casual, to barbeque, seafood, steak and the loftiest of fine dining, an amazing culinary experience is always just around the corner. One entrée we can’t refuse is the chicken piccata at Tramici, which has been a consistently popular choice among diners as long as the restaurant has been open, and no wonder. This classic Italian dish features thin, lightly breaded boneless chicken breast, and is served atop angel hair pasta, spinach, artichoke hearts, tomatoes, capers and lemon. It pairs well with any number the wines from Tramici’s extensive wine list.

(2. Cool drink) It’s always the right time for a refreshing beverage, and on a steamy day, one of the most refreshing is the dirty mojito served at La Plancha. This mixture of Don Q Rum, mint, lime juice, club soda and simple syrup garnished with a lime wedge, hits the spot every single time. If you want to make your own mojito at home, you’ll need a cocktail shaker, a strainer and a highball glass. Measurements are two-to-one club soda to rum and two-to-one rum to lime juice. Simple syrup and mint to taste.

It’s not at all uncommon to spot a famous face on St. Simons Island, especially with the number of movies that have been filmed here over the years. But we also have our homegrown celebs who have called this island home for a very long time.

(3. MOST FAMOUS LOCALS) People often joke that you can’t walk down a street on St. Simons Island without running into a professional golfer, and part of the reason for that is PGA Tour professional Davis Love III. Love has been the catalyst for making St. Simons Island/Sea Island a golfing destination. Not only did he put St. Simons Island on the map for leisure golfers, many PGA Tour professionals have lived on St. Simons Island (and continue to do so) over the past several years because of local training facilities and Love’s leadership. He continues to host The RSM Classic, a PGA Tour event that takes place annually in November and has raised millions of dollars for charities that provide help to families. And this married father of two and grandfather of three is as skillful at making great barbeque as he is at golfing.

Adam Wainright, a star of Major League Baseball, proudly wears No. 50 as he pitches for the St. Louis Cardinals, where he has spent most of his entire major league career. Wainright just turned 40, and is showing no signs of slowing down. He’s a husband, a father of four children and, in baseball’s off-season can often be found around the island or on the mainland raising money for local charities, advancing Glynn Academy athletics and just enjoying life with his wife and children. This Hall of Fame shoe-in is hard to miss at 6’7”.

(4. Local tip for tourists) First-time visitors should take one of the trolley tours to get an overview of the island. Tours begin and end in the parking lot between Neptune Park and the pier. A friendly narrator will fill you in on island lore in a mix of truth and tall tales, but passengers will receive a good introduction to the island, its history, including Christ Church, Fort Frederica and other spots along the way. It’s always a great way to get familiar other local hotspots.

The remnants of settlements dating back thousands of years have been found on Jekyll Island, but it was the exclusive Jekyll Island Club – a group of millionaire industrialists and businessmen– that made it famous. The original members of the club included J.P. Morgan, Joseph Pulitzer, William K. Vanderbilt, Marshall Field and William Rockefeller, and they and their descendants, friends and colleagues enjoyed the barrier island from 1886 until World War II. In 1904, Munsey’s Magazine called the Jekyll Island Club “the richest, the most exclusive, the most inaccessible club in the world.” In 1947, it resurrected as a state park open and became accessible to all. Its relaxed, laid-back vibe has welcomed generations of families who gather for the wide-open beaches, history, nature and endless recreational opportunities.

(1.DELICOUS DISH) Casual and fine dining choices abound on Jekyll Island, but if you want to dine like a dignitary, The Reserve at The Westin Jekyll Island is a great place to start. After noshing on Oysters Rockefeller, order the steak and lobster entrée. It features a 6 oz. filet mignon, accompanied by an 8 oz. lobster tail served with drawn butter and grilled asparagus. For a special occasion dinner, or if you’re just feeling fancy, The Reserve, with its ocean views and lush atmosphere, fills the bill.

(2. Cool drink) After a long day of exploring, it’s time to have a cool drink. There are a multitude of choices on Jekyll Island, but our go-to is the barrel-aged bourbon old-fashioned served at The Reserve at The Westin Jekyll Island. Whether you enjoy it in the restaurant, in Harry’s Bar or – our pick – the verandah overlooking the Atlantic Ocean, the smooth bourbon combined with bitters, sugar, water and an orange slice, is the relaxing sundowner of choice.

(3.FAMOUS LOCAL) One of the founders of the Jekyll Island Club was banking mogul J. Pierpont “J.P.” Morgan. Sans Souci (“carefree” in French), an early condominium, was built by the club’s original members, and was where Morgan resided when he was on Jekyll Island. When Morgan was not on the island, he was busy building a financial empire that lasts until this day. He is the father of the investment firm Morgan Stanley, and in 1910, is the most likely person to have arranged for the inaugural meeting of what would become the Federal Reserve, which the participants – Nelson Aldrich, A. Piatt Andrew, Henry Davison, Arthur Shelton, Frank Vanderlip and Paul Warburg – wouldn’t admit had occurred until the 1930s.

Others came and went from Jekyll Island, but it seems Morgan never really left. Legend has it that to this day, he still enjoys sitting outdoors on this third story porch early in the morning. As he sits, the tale says, he watches the Jekyll River while smoking his favorite brand of cigars. Guests of “his” condo who are early risers have reported smelling cigar smoke at the time they arise for the day.

(4.Local tip for tourists) Jekyll Island is filled with activities for the whole family. Some of our favorites include renting bicycles or RedBug vehicles and circling the island. After you figure out the lay of the land, there are a few can’t-miss sites. We love the Georgia Sea Turtle Center and the work they do rehabbing sick and injured sea turtles. Also, check out the Mosaic, the Jekyll Island Museum. This is the starting point for tours of the Jekyll Island National Historic Landmark District, which permits admittance to a couple of the cottages of the original members. According to the Jekyll Island Authority, the members of the Jekyll Island Club enjoyed hunting, horseback riding, skeet shooting, golf, tennis, biking, croquet, lawn bowling, picnics and carriage rides. Several of those activities remain popular today. The former Club grounds occupy a 240-acre site with 34 historic structures, and is one of the largest ongoing restoration projects in the southeastern United States.