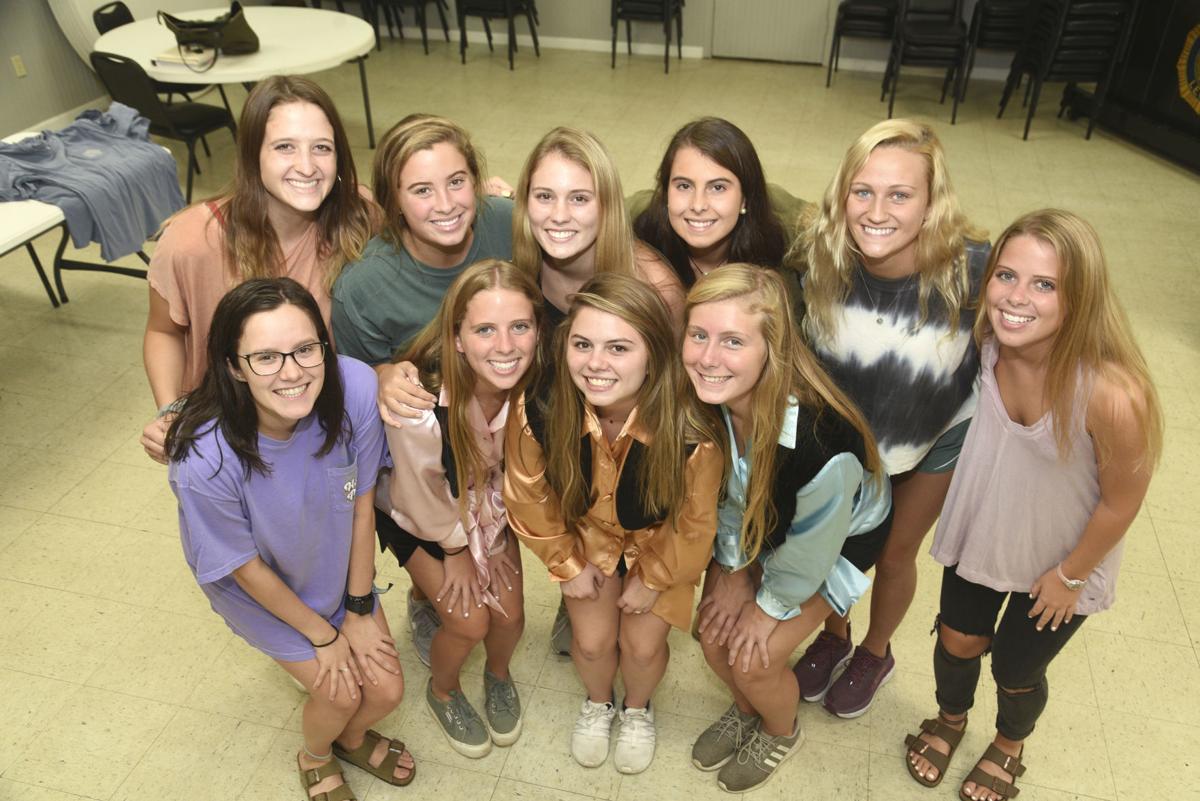 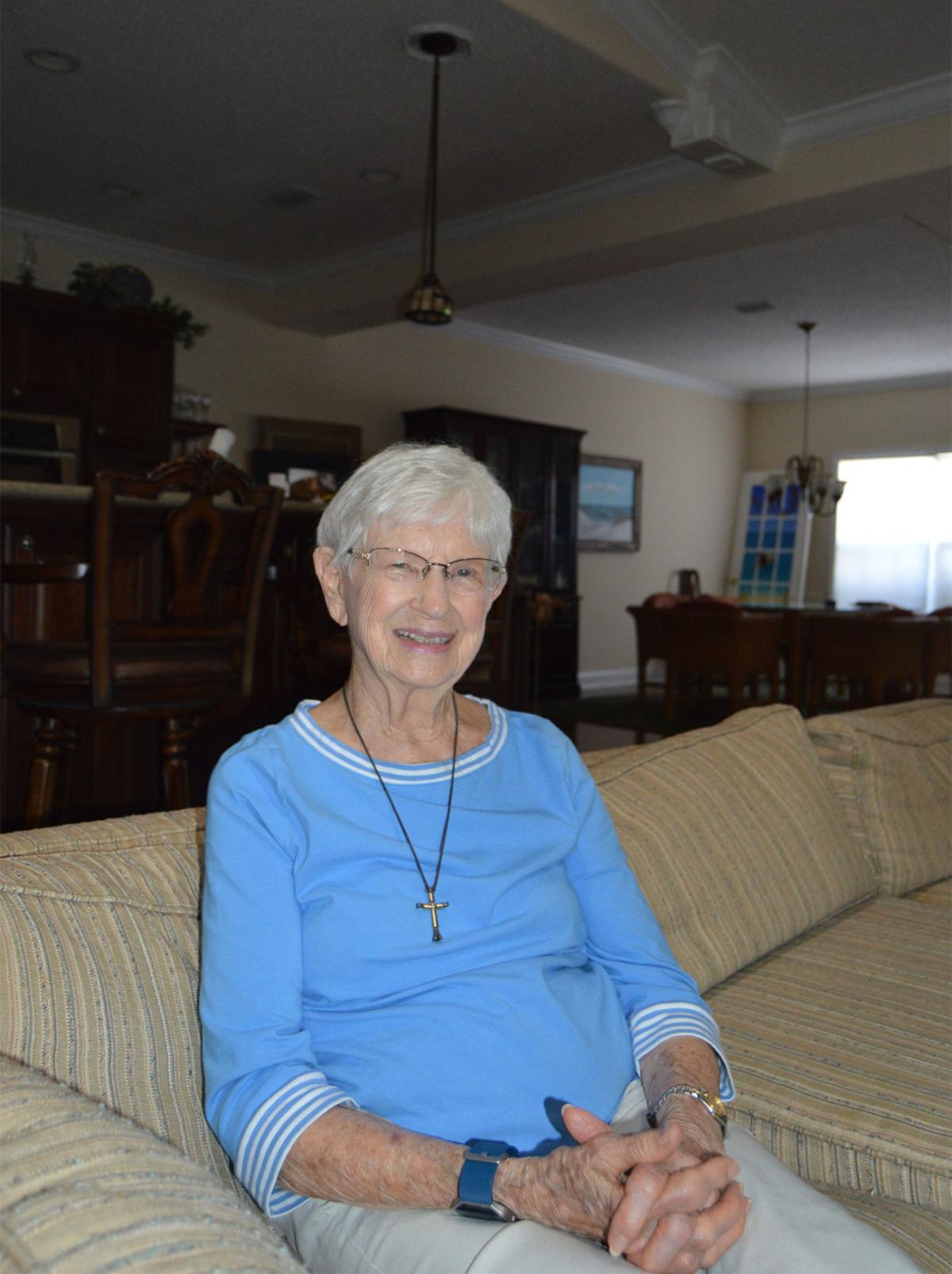 Sis Adamson fondly recalls her days as a Pirate. 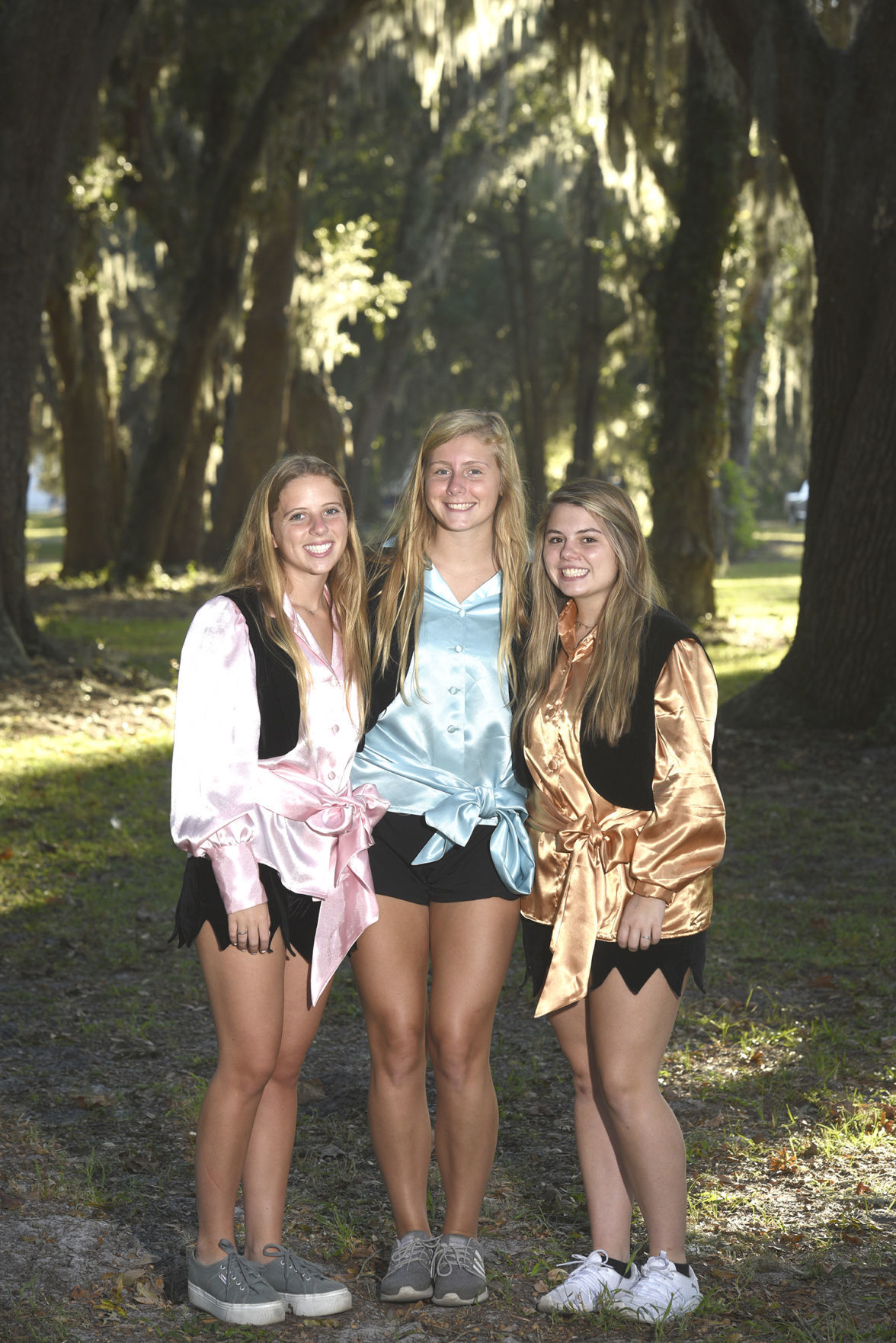 Sis Adamson fondly recalls her days as a Pirate.

Chances are, if you’ve lived in the Golden Isles for any length of time, at some point you’ve seen a group of lovely young ladies dressed as pirates — in their trademark black shorts, with coordinating vests and and brightly colored, shiny satin shirts – enter a room whooping and hollering. This is known as a “raid” by the Pirates of the Spanish Main. Local organizations reach out to the young women’s group and request their help in welcoming dignitaries and other visitors to the area, and in turn, a “raid” is done.

Members of PSM are spotted throughout the year at various events – passing appetizers at the St. Simons Land Trust Oyster Roast, shelving and packing food at America’s Second Harvest and Christmas caroling at local restaurants are just some of the acts of community service activities they perform throughout the year.

The organization, established in 1931 by Howard Coffin, who also founded Sea Island, was formed to welcome dignitaries, aid the community and promote the Golden Isles.

Fashioned much like a sorority, there are generations of Golden Isles women who have been members of PSM over the last almost 90 years.

Rumored to be the oldest living member of Pirates of the Spanish Main, Frances “Sis” Adamson joined the group in 1940, when she was a high school freshman. Adamson graduated from Glynn Academy in 1943.

Like all young girls, she was looking forward to all the adventures high school held, but with the outbreak of World War II, a more serious tone took over the nation.

“We did raids on dignitaries who came to town,” Adamson said. “Then the war came along.”

Adamson said instead of some of the usual “Pirate” activities, during her years as an active member, the girls attended numerous USO dances in support of the war effort. With Glynco an active naval air station at the time, there were plenty of young men with whom to dance, and while the seriousness of the war wasn’t lost on the girls, they still had fun.

Her daughters weren’t PSM members, Adamson said, because the family didn’t live here during her children’s formative years, but her great-granddaughters are continuing the tradition. Some of the hallmarks of the group, including the uniform, haven’t changed much over the years. In other ways, however, the group is much more involved in the community. For example, the annual Pirate Formal is now open to students who aren’t members of the organization, but in Adamson’s day, it was for members and their dates only.

Adamson believes the organization plays an important role in the community.

“They’re supposed to set a good example for the community and the young people,” she said. “And it’s a good mix of girls; it’s kind of like being in a family, and I think that’s important.”

After graduating from Glynn Academy in 1943, Adamson’s sister introduced her to her late husband, a blimp pilot who was stationed at Glynco. The couple was married in 1944.

Elizabeth Thompson is the current sponsor of Pirates of the Spanish Main, and she’s a great cheerleader for the group of 85 girls who are currently active members.

“We felt the need to grow with the growing community,” Thompson said. “So many are moving here, so we felt the need to increase our membership, while also keeping it manageable. It can be a little like herding cats at times, but it is also fun and rewarding.”

Rush week is held in the spring, and freshman and sophomore girls attend several events to get to know the Pirates.

“There is an ice cream social to kick things off, followed by a theme day in which they have to come in costume, a beach clean-up walk (and) then a tea to wrap up the week,” Thompson explained. “At each event they have to do some silly things and fun things to break the ice. They also have to submit an application along with their current GPA, the school they attend, whether it is their first or second time rushing, and if they have any legacies and how they are related.”

Thompson said PSM hosts a number of events throughout the year, including Swing Dance in the early fall, Pirate Formal at Christmastime and Crush as a kickoff for recruitment week in the spring.

“They also have fundraising events, including their annual spaghetti supper, and another event in the spring they vote on,” she said.

This year’s annual spaghetti dinner is on the horizon — it will be held between 5-8 p.m. Oct. 23 in the Glynn Academy cafeteria. Tickets are $10 each, and can be purchased from any Pirate, or by visiting the group’s Instagram page at @pxsxm and sending a direct message.

One of the unique aspects of Pirates is that it is totally member-driven. The girls are in charge of everything from recruitment, social events, volunteer work and all other items. The sponsor is there to lend guidance.

Thompson explained that the First Supercago (a member of The Helm, PSM’s leadership group) is responsible for organizing community service opportunities.

“Each girl is required a minimum number of hours to complete in order to attend each dance,” she said. “Every year the Pirates get involved with the community.”

The girls help with Vacation Bible schools in the summer, Sparrow’s Nest food drives, sort food for America’s Second Harvest, carol at Christmas to raise money for Second Harvest, help the American Legion place flags on the graves of veterans on Memorial Day, as well as being active participants in Relay for Life. They also provide childcare every other Tuesday for Beloved, a ministry for single mothers, and during the school year, they donate money to a designated organization each month. This, Thompson said, only scratches the surface of the girls’ involvement.

When asked, the girls had many of the same answers about what they had learned, or enjoyed learning as a member of Pirates – social, leadership and time management skills came out on top, followed closely by overcoming shyness, making new friends, community service and developing the confidence to talk with community leaders.

“Living beyond themselves is so important now, especially with everything in our society being so ‘me’ driven,” Thompson said. “Representing three schools in the Glynn County area, these young ladies develop close and lasting relationships with girls they would probably not encounter except through Pirates of the Spanish Main. They learn the importance of setting high standards and holding each other accountable, so that the organization is held in high regard.”

Gail Manning served as a PSM adviser for seven years, beginning in 1984, when her daughter was a senior.

“(She) suggested as she left the last meeting that they needed an adult adviser and to call me,” Manning said.

Manning believes service organizations hold an important place in society, because they teach young people the value of community service.

“They learn to get along with and work in a group with accomplish goals,” Manning said. “It can add to their self-esteem, and show them their personal value as a citizen. It can also show them good, clean ways to have fun.”

Fond memories of her time with the organization will last a lifetime. At the first Pirate Formal she chaperoned after eight months on the job, the captain and girls summoned her under the arch, where the Pirates and their dates were introduced. There, they presented her with a Pirate pin, and made her an honorary Pirate.

The friendships made aren’t exclusive to the members.

“Elaine Hummel joined me as co-sponsor in a couple of years, and at our last pinning ceremony for the new Pirates to receive their pins, the group played ‘The Wind Beneath Our Wings,’ and dedicated it to the two of us,” Manning said. I still get very teary when I hear that song. I must add that the greatest gift the girls ever gave me, and they gave me a lot, was inviting Elaine Hummel to co-sponsor with me. She is a dear friend to this day.”