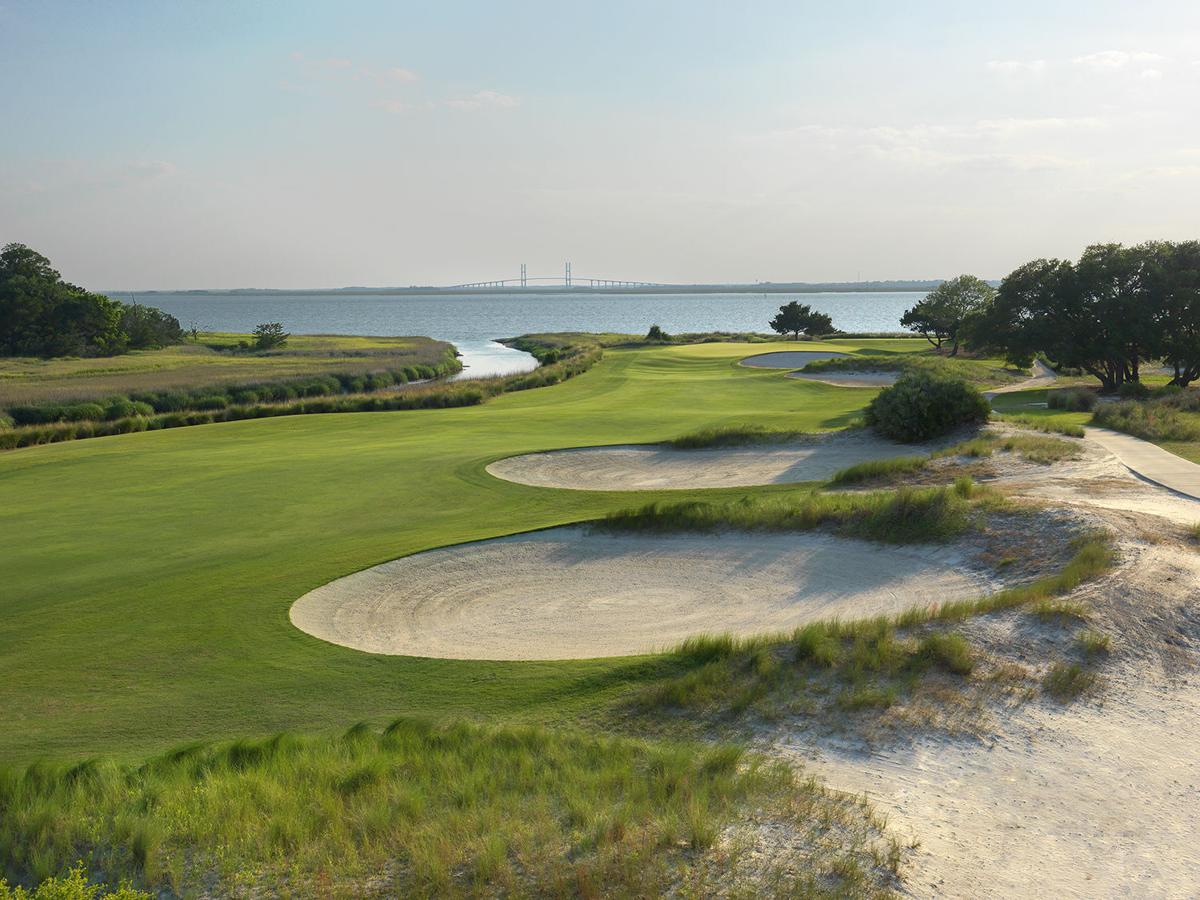 “This one of the most beautiful holes on the planet,” Richardson says, adding that it’s not easy. “With marsh running on the left side for the entire hole while calling for an accurate tee and approach shot, this hole can be a wonderful challenge. 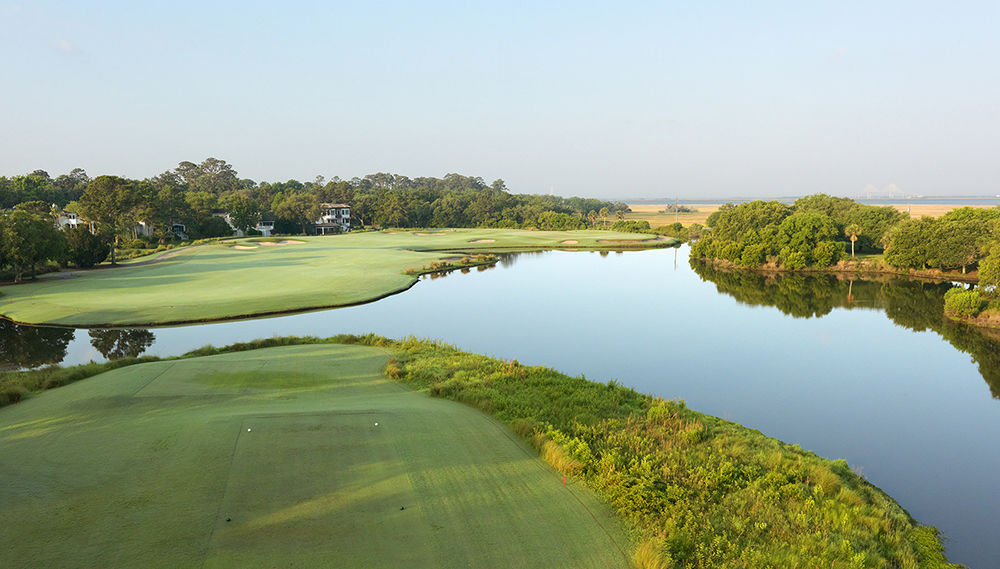 “For the player who can drive a ball with distance, this hole can be fun, A nice tee shot can give you a chance to putt or chip for eagle,” he said. “If you want to take a more conservative route, the fairway is wide with a      short shot into a large green. While driving by this hole coming onto the island, it reminds us all it is time to play! 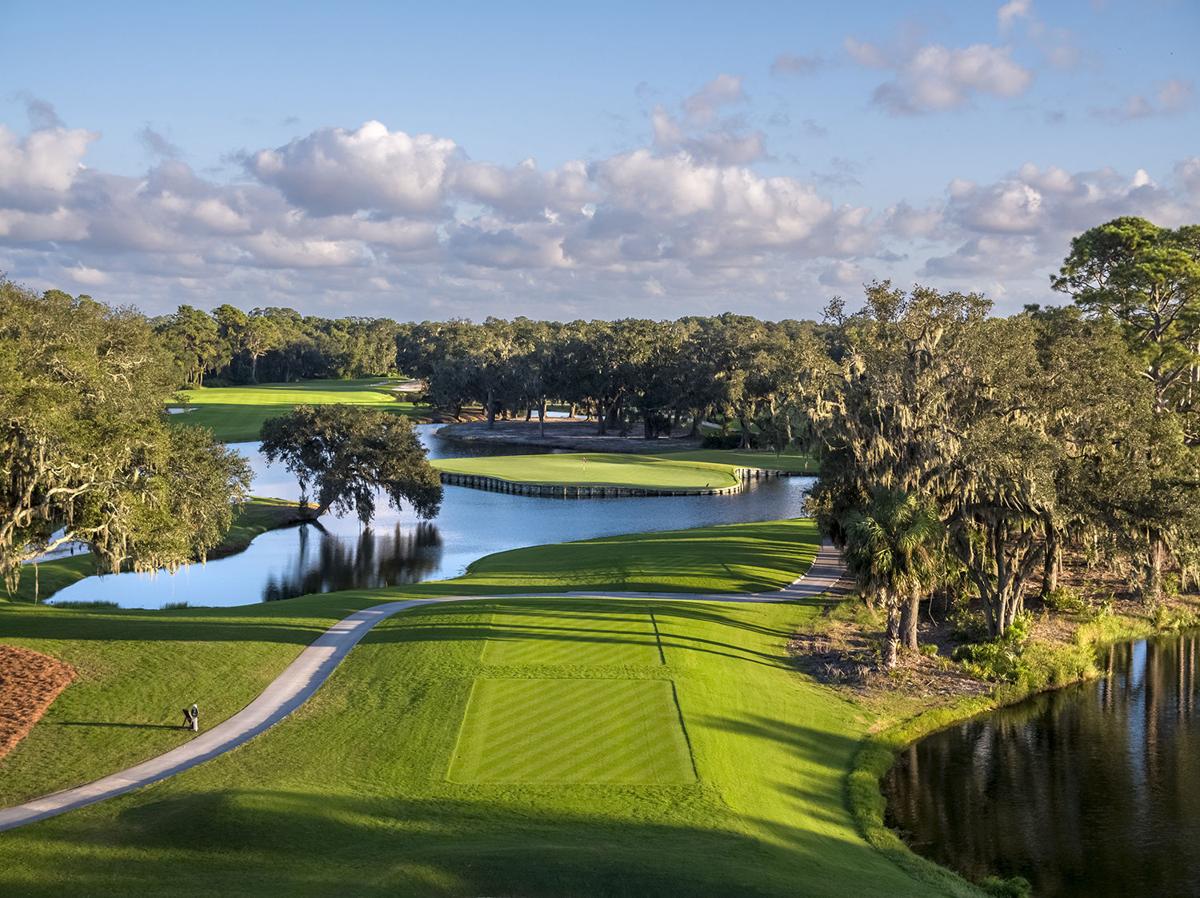 “This tricky Par 3 with water surrounding the green has one of most undulated putting surfaces in the area.  It plays really hard with a back left hole location, while the front right can provide a lot of excitement – with the chance of a good shot going in for a hole-in-one! 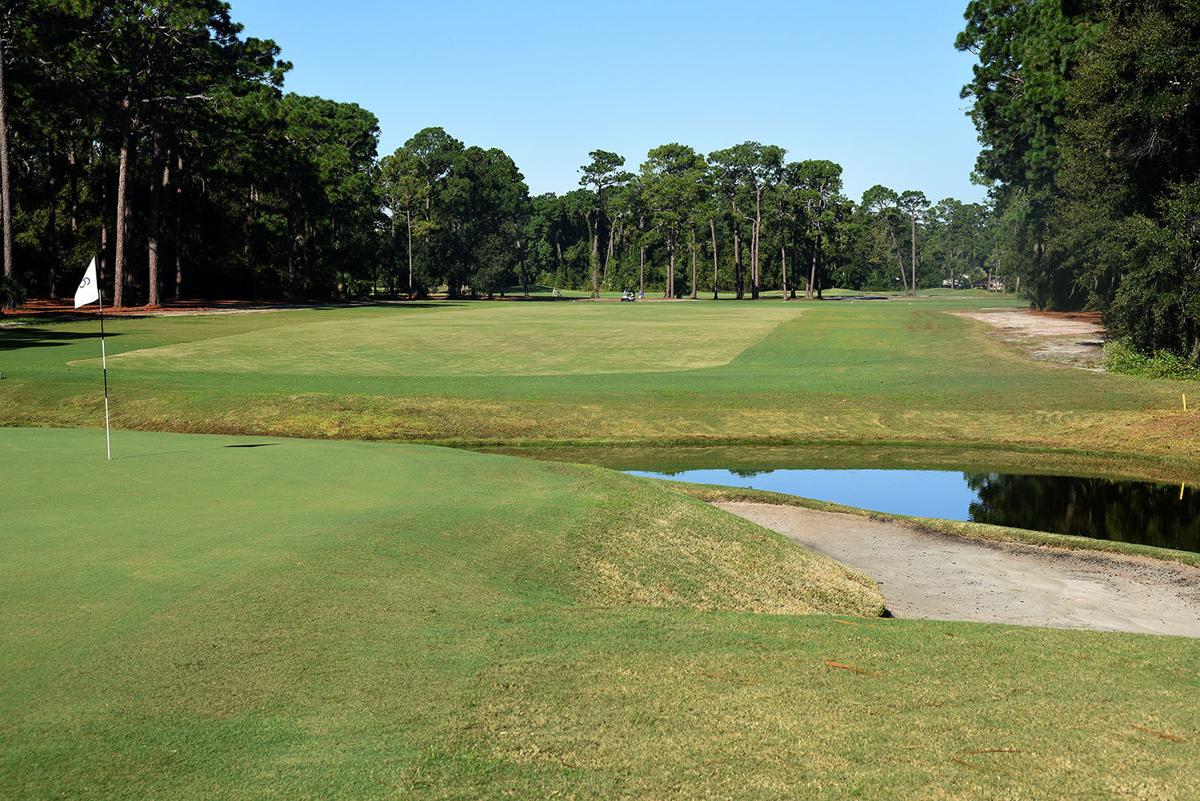 “A perfect par 5, this hole provides a lot of risk and reward," Richardson said, adding that he has a lot of great memories on this hole. “This was the hole you always dreamed of getting home in two as a junior player, and when you did it validated that you were ready to play at a high level. 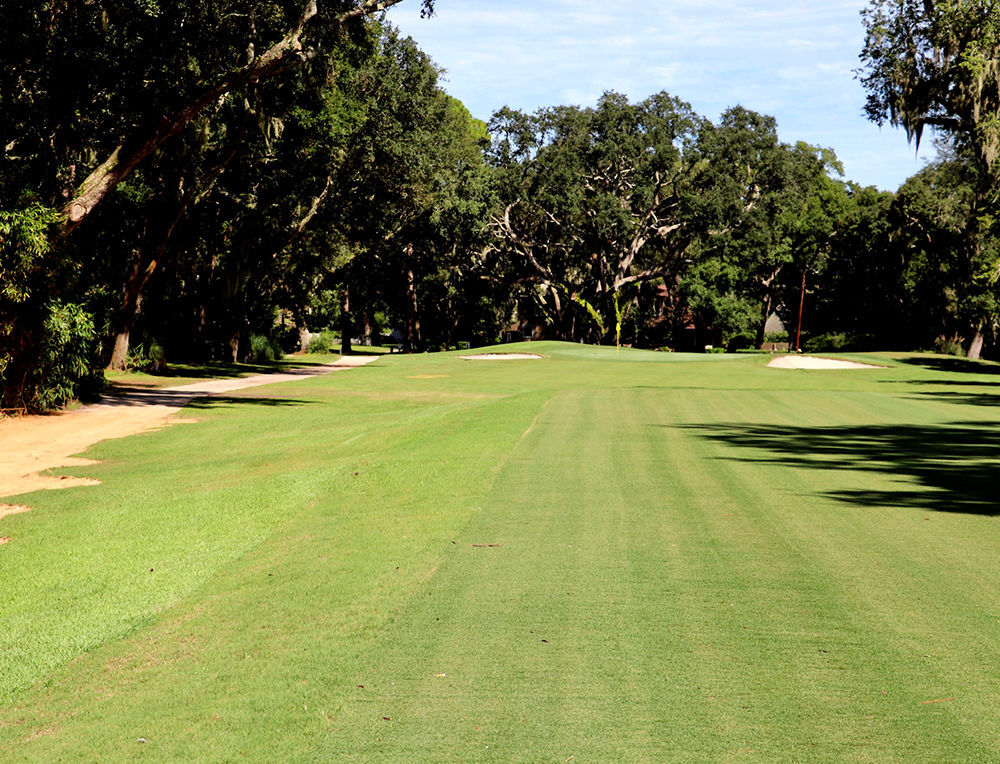 “This is one of my favorites because this is the hole I had my first par and birdie on when I was 5 or 6 years old. The hole has a large oak tree that “stares you down” off the tee, and a bunker that protects the green. Richardson says it’s an interesting shot if the hole location is in the front part of the green. 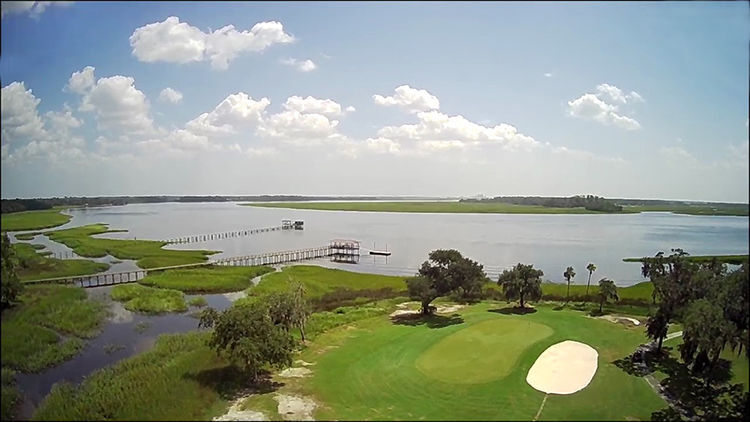 “The signature hole of my friend and fellow Georgian, Mike Young, features a great        backdrop, with the river and marsh behind the green. This is a fun hole and you hope       the wind is not blowing hard, which makes the second shot difficult. 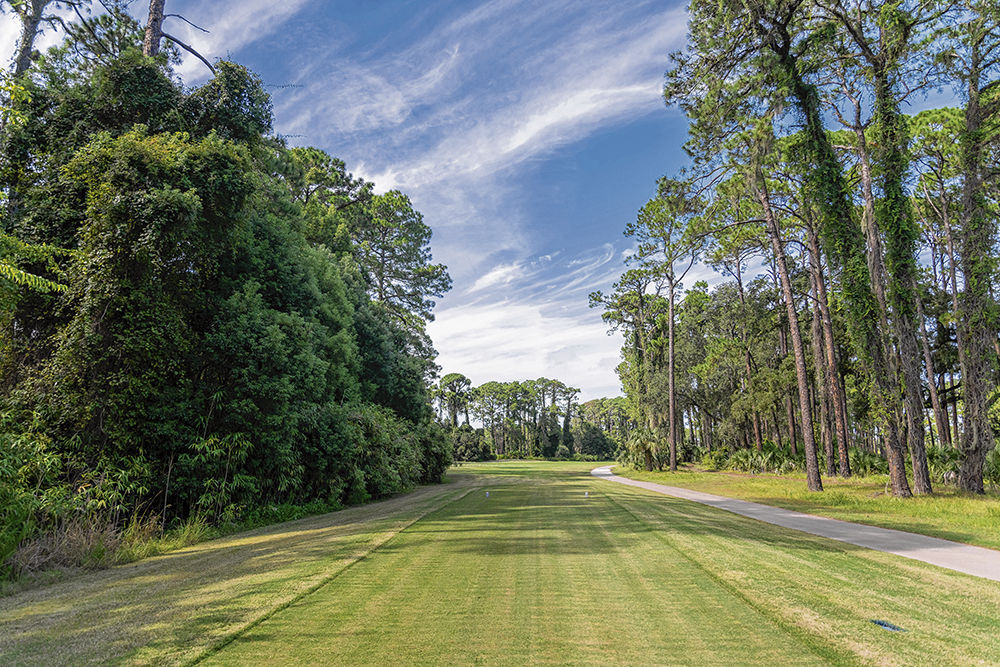 “You can almost place this as the hardest hole in the Golden Isles,” said Richardson. “I can say it has had my number a few times, but I have a lot of great memories on this hole.”  When he was playing on state championship teams at Glynn Academy, this was the hole everyone wanted to make par on to help their team. “I also teamed up with (Richard Hatcher) to win the Georgia PGA Pro-Pro (in) 2001 and 2008. Made a 20-foot birdie putt to win in a playoff with Johnny Paulk standing near the green cheering … now that’s a memory! 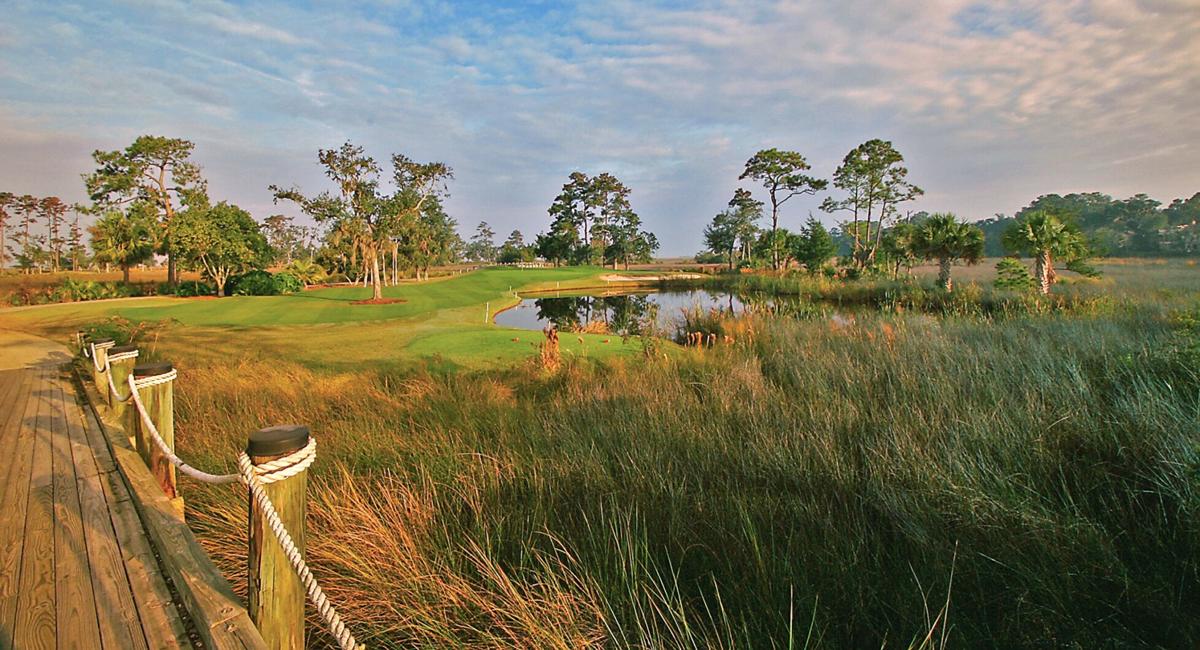 Richardson said this is most likely the shortest par 3 in the area. “I love this hole,” he said. “It has a lot of charm and can play tough if the wind is blowing from the north ... 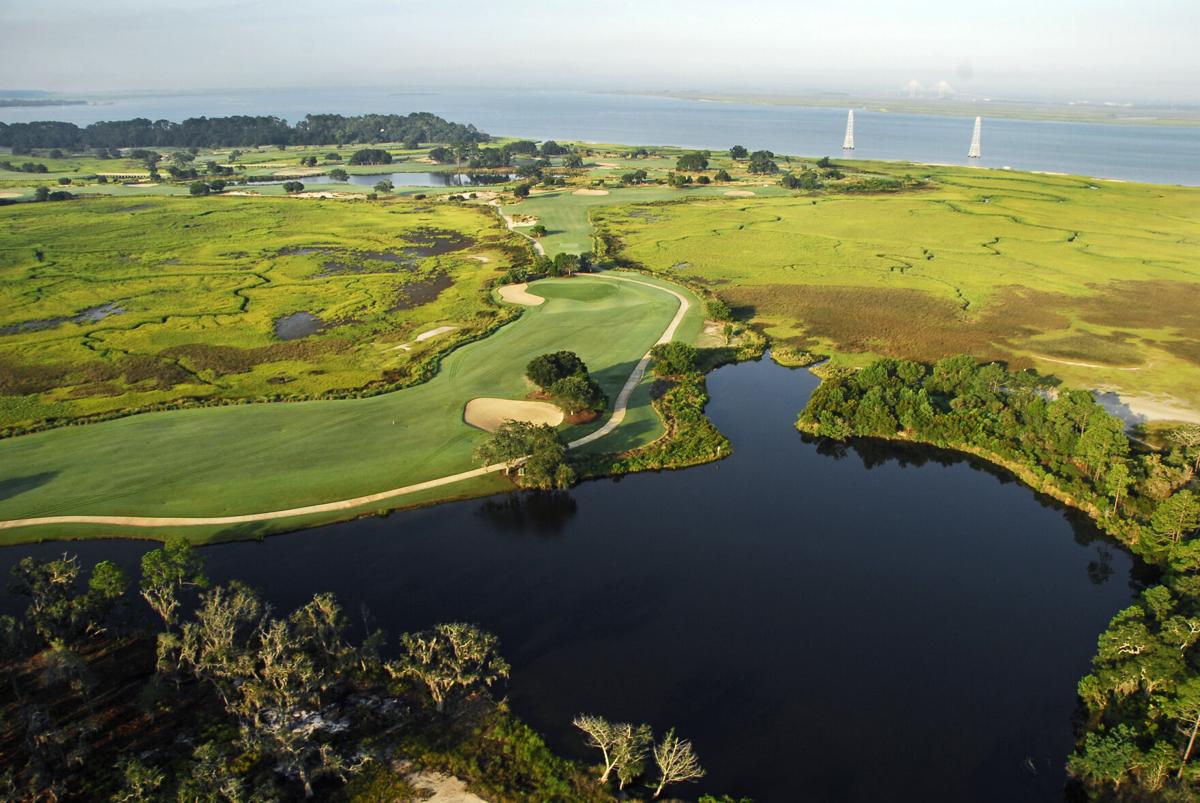 "Richardson says this is most difficult hole in the Golden Isles. “It’s pretty and tough,” he said. “This is a picturesque hole that can play tough without wind, but catch it on a windy day and you are going to be challenged until you make your way to the fifth tee." 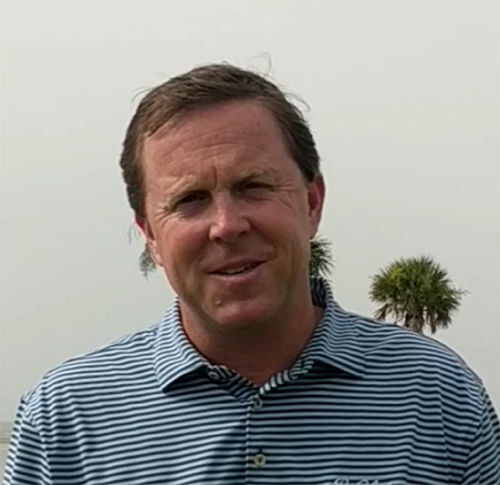 Within the confines of Glynn County lie 189 holes of golf, framed by natural beauty, beautiful year-round weather and accommodations to suit everyone. The affinity between the Golden Isles and golf goes back more than 100 years, when the millionaire members of the Jekyll Island Club held regular competitions. The kinship between the game and The Isles has only grown with each passing decade, and the area has golf courses designed by some of the best— Clyde Johnston, Tom Fazio, Rees Jones and more have left their mark, including Davis Love III.

The variety of golf offered in the area is unparalleled.

Patrick Richardson knows golf on a level most weekend duffers can only aspire to attain. The head PGA professional at Sea Island Golf Club since January 2018, and Golden Isles resident off and on since the late 70s, has had an opportunity to play every course in the area, plus many others throughout the U.S., over his lifetime. He was honored as the Georgia PGA East Chapter Player of the Year five times between 2004 and 2011.

A player of the game for most of his life, Richardson was a member of the Glynn Academy Golf Team under the leadership of the legendary Herman Hudson. He and his classmates won three state championships for the Red and White.

“He (Coach Hud)  laid down the rules, and stuck to them,” Richardson said of his coach.

Richardson said he and his former coach have stayed in touch, but don’t get together nearly as often as they ought.

“He was my coach, but we became friends,” he said.

That discipline Hudson instilled has paid infinite dividends. After high school, Richardson played golf at Valdosta State University, and earned a Bachelor of Science degree in business management. The married father of two daughters, with his wife Golden Isles' native Kerri Green Richardson, remains active in the Georgia PGA and still enjoys the camaraderie and competition.

Another local golf legend with whom Richardson shared the love of the game was the late Johnny Paulk.

“He was patient under any circumstances,” Richardson said. “He brought fun to the game. He was a classic golf professional.”

We talked to Richardson recently and asked him to name his favorite nine holes with the caveat of including all the courses (public and semi-private) in the Golden Isles.  He came up with nine incomparable choices – all of them known to be both challenging and rewarding. And isn’t that the whole point?