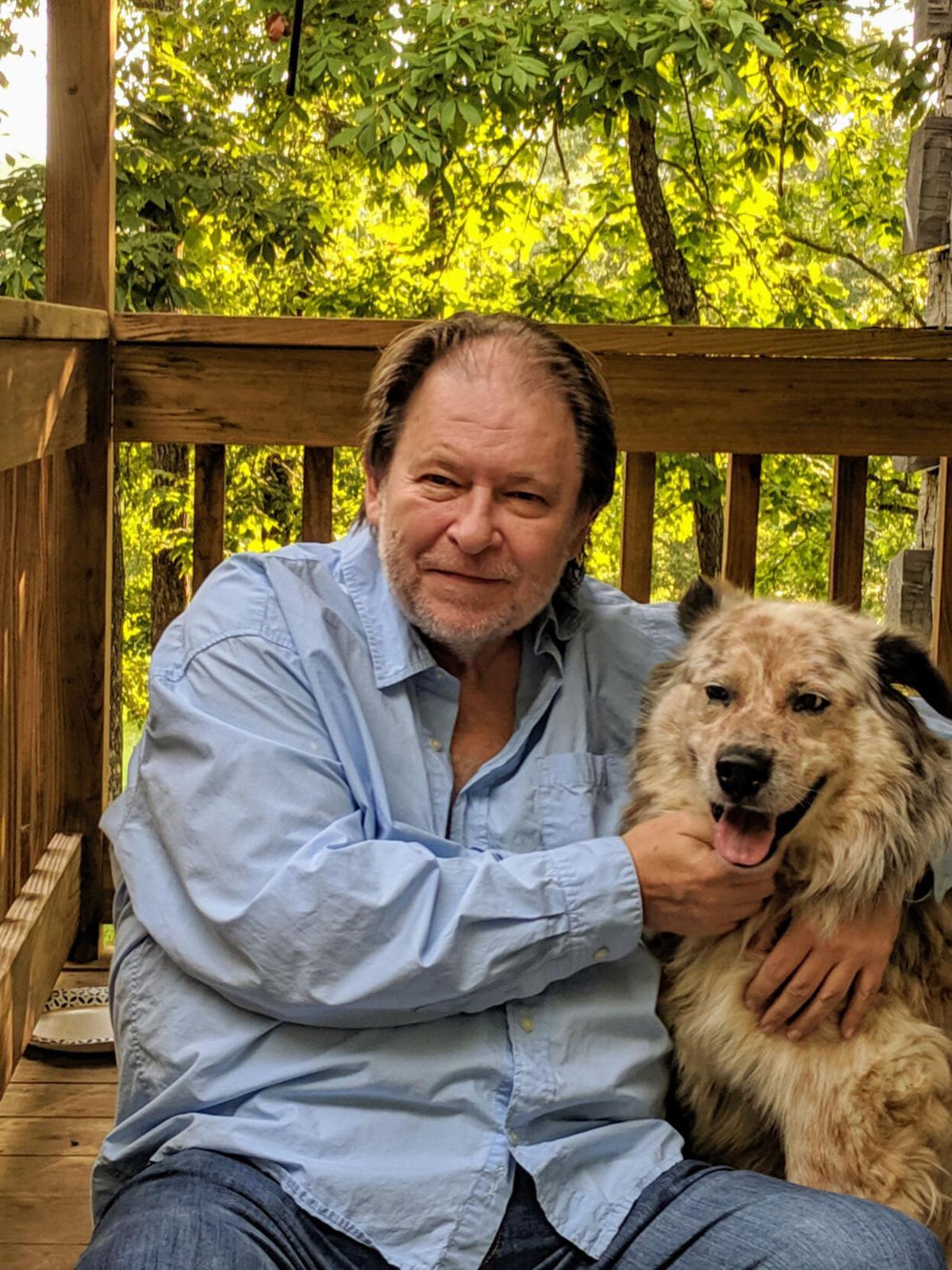 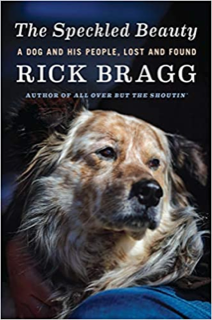 Dogs are considered man’s best friend. They enrich our lives, are loyal and compassionate and provide unconditional love. As someone once said, “They’re the perfect companions for an imperfect species called ‘humans.’” There’s no doubt that dogs have found their way into many hearts and have had a meaningful impact on the human experience, so it’s no surprise that they have a rich history in literature, too. There are classic books such as “Old Yeller” and “White Fang,” and more contemporary novels like “The Art of Racing in the Rain” and “The Story of Edgar Sawtelle.” There are countless memoirs with captivating and quirky pooches at the center and, dog-lover that I am, I have read many of them. Recently a friend introduced me to Rick Bragg’s memoir, “The Speckled Beauty: A Dog and His People, Lost and Found,” about a grouchy, broken-down, used-up man and a grouchy, broken-down, used-up dog who find each other. It’s heartwarming and, at times, hilarious. Bragg is a former journalist who won the Pulitzer Prize in 1996 for feature writing for his coverage of the Oklahoma City bombing. He released his first book, “All Over But the Shoutin’,” to great praise in 1997. A love letter to his mother, it was the first memoir in a trilogy about his humble roots in the Possum Trot, Ala. He followed “Ava’s Man” and “The Prince of Frogtown” with “I Am a Soldier, Too: The Jessica Lynch Story,” “The Most They Ever Had,” “Jerry Lee Lewis: His Own Story,” “My Southern Journey,” “The Best Cook in the World: Tales From My Momma’s Table,” “Where I Come From: Stories From the Deep South,” “Somebody Told Me: The Newspaper Stories of Rick Bragg,” and “Redbirds: Memories From the South.” He teaches at the University of Alabama, writes a monthly column in Southern Living and is a regular contributor to Garden & Gun.

In 2015, Bragg, in his sixties, returned to his roots in part to help his big brother, Sam, take care of their 82-year-old mother. Bragg, like “Momma,” wasn’t doing so well, either. He had been diagnosed with non-Hodgkin’s lymphoma, one of the blood cancers. He was in remission, but he was still wobbly from chemo. “If you’re going to get a cancer diagnosis, I’m told non-Hodgkin’s is the one you want. I was very fortunate,” he says. “But I also know a lot of people have died from that. I was very, very, very fortunate.” However, there were a multitude of other health problems: “early-onset old-man disease,” he calls it in the book. “From not taking care of myself, not paying attention, I wound up with kidney failure that I am still battling.” There’s also chronic pneumonia, kidney stones, diabetes and depression – and his knees are shot. (He runs, he says, “with all the grace and speed of a potbelly stove.”)

“I was pretty low,” he admits. “I needed a dog. I didn’t know I needed one. A good dog is a great thing to have on a slow day. On a slow day, a good dog can come up, walk with you down to the creek, just sit beside you on the porch. But on an empty day, when you feel that melancholy all the way down to your bones, you need a bad dog. A dog that will come up slobbering and rip up the day, just rip it to pieces all around you.”

Over the years, Bragg and his mother have taken in “hundreds” of strays. The Alabama hills are filled with packs of starving, feral dogs that mate and fight (sometimes to the death) and survive on whatever they can scavenge – fast food litter, rats, snakes and “sometimes worse.”

Bragg and his brother had noticed the long-haired dog, an Australian shepherd mix, running around the borders of the farm, usually with a pack of fellow strays. One day Bragg noticed the dog lying on a ridge behind the house, barely moving. Sam said it was best to leave the dog alone but Bragg ignored him. This dog was emaciated, wounded from nose to tail, mostly blind in one eye, “76 pounds of wet hair and poor decisions.” With the help of milk gravy and bacon grease, Bragg’s momma helped nurse the disheveled animal back to health. She wound up naming him, too, after a distant cousin who had so many freckles she was dubbed “a speckled beauty.”

Speck, as he was called, turned out to be a very bad dog. He is wild and crazy and stubborn, hassles the livestock, attacks dump trucks and fights with fellow rescues, generally terrorizing his surroundings. He shed hair everywhere. He tore up the furniture, as well as a barbed wire fence. “Speck could tear up an anvil,” Bragg writes. “If Speck goes outside he comes back smelling like stuff I can’t even say. We got 17 different varieties of manure up here.” Bragg found a kindred spirit and he adored him.

The book has some hilarious scenes, such as when Speck somehow rounds up a bunch of kittens into a paper sack and trots with them around the yard. And it has beautiful scenes, such as when Speck herds a flock of blackbirds, circling them, tighter and tighter, “and for a few glorious seconds, he by God pulled it off” until the birds explode up into the air and fly away.

No one in the family warmed up to Speck the way Bragg does, perhaps because both had had their survival challenged more than once. They both came crawling home looking for love and care, they ate the same food, including collard greens and fried okra, cornbread, buttered beans, and Speck’s favorite: Momma’s biscuits.

Meanwhile, brother Sam, finds out he has pancreatic cancer, and softens a bit to Speck. He stops spitting on his head when he gets too close. Bragg is an expert at combining misery and merriment. He tells his ailing brother that in his chemo fog he petted Speck. Sam shakes his head and replies, “That just doesn’t sound like something I would do.”

There is plenty of sadness here, but the book still delights the senses. Bragg himself is in remission from cancer, and is living in the basement of his mother’s house. He is seeing a psychiatrist, breaking an unwritten code of Southern machismo. He writes: “We do not go to therapy. We do not talk about our feelings, unless it includes a quart of Wild Turkey, or a case of Pabst Blue Ribbon, and then we mostly cry about our daddies.”

While the story is Speck’s, whenever Bragg turns the camera on himself you find that you like and sympathize with him a little more each time. It’s a very Southern story and much more than a dog book. It is universal – a story of loyalty, love and redemption. “My people think a good story will fix just about anything,” Bragg writes, and with “The Speckled Beauty” let’s hope it may come true.