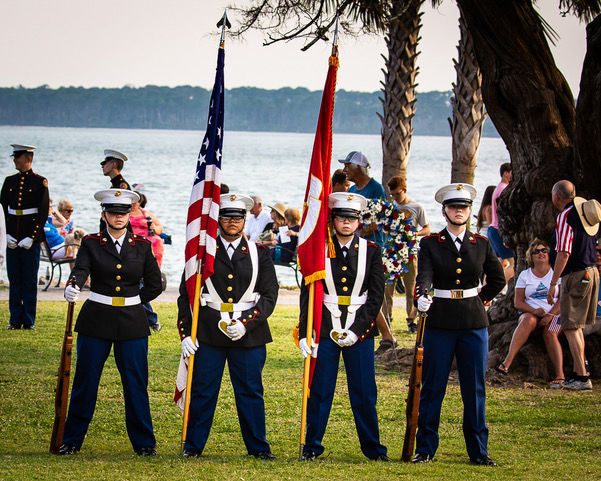 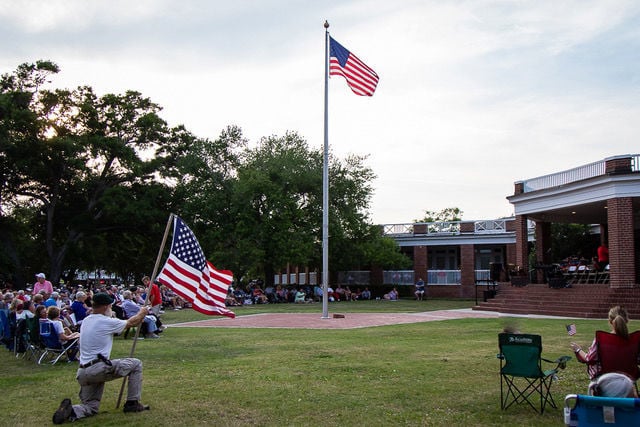 Taps at Twilight, the patriotic celebration presented every year in Neptune Park by the St. Simons Rotary, will have a different look and feel this year. Rather than a live remembrance, the club will offer the public a digital experience, complete with all of the usual elements of the event.

In light of social distancing guidelines, the event will be held virtually, and will not be live. At 6:45 p.m. May 25, viewers can tune into Golden Isles TV Channel 98, or the St. Simons Rotary YouTube channel or Facebook page.

“Taps,” a free event that SSI Rotary has offered the community for 29 years, is a moving commemoration for veterans and citizens. This year, the club felt that now, more than ever, the community may want the opportunity to come together virtually, remember the common values of our nation and commemorate those who have made the country’s freedom possible.

The program will consist of all the moments that have made Taps at Twilight so special in the past, including patriotic music, posting of colors, invocation, the National Anthem, sung by Vietnam veteran Stan Moran, wreath presentation, speakers, retirement of colors and the playing of “Taps” by a trumpeter.

The 2020 program will be dedicated to Retired U.S. Air Force Brigadier General Clint Winne Jr., a highly decorated combat pilot who flew 159 missions during Vietnam, a graduate of the United States Military Academy in West Point, and member of St. Simons Rotary.

New and special additions during this year’s tribute include a canon firing from the Lynx – a replica schooner from the War of 1812 – to open the event, and a flyover to honor Mr. Winne.

Taps at Twilight will also acknowledge the important role of Georgia military during World War II. Remaining members of the 30th Infantry Division, also known as “Old Hickory,” will be honored. The division, comprised of infantry from Georgia, North Carolina, South Carolina, and Tennessee, was recently awarded the Presidential Unit Citation for heroism, 75 years later, for its bravery and success against the German’s elite forces at Mortain, and later at the Battle of the Bulge.