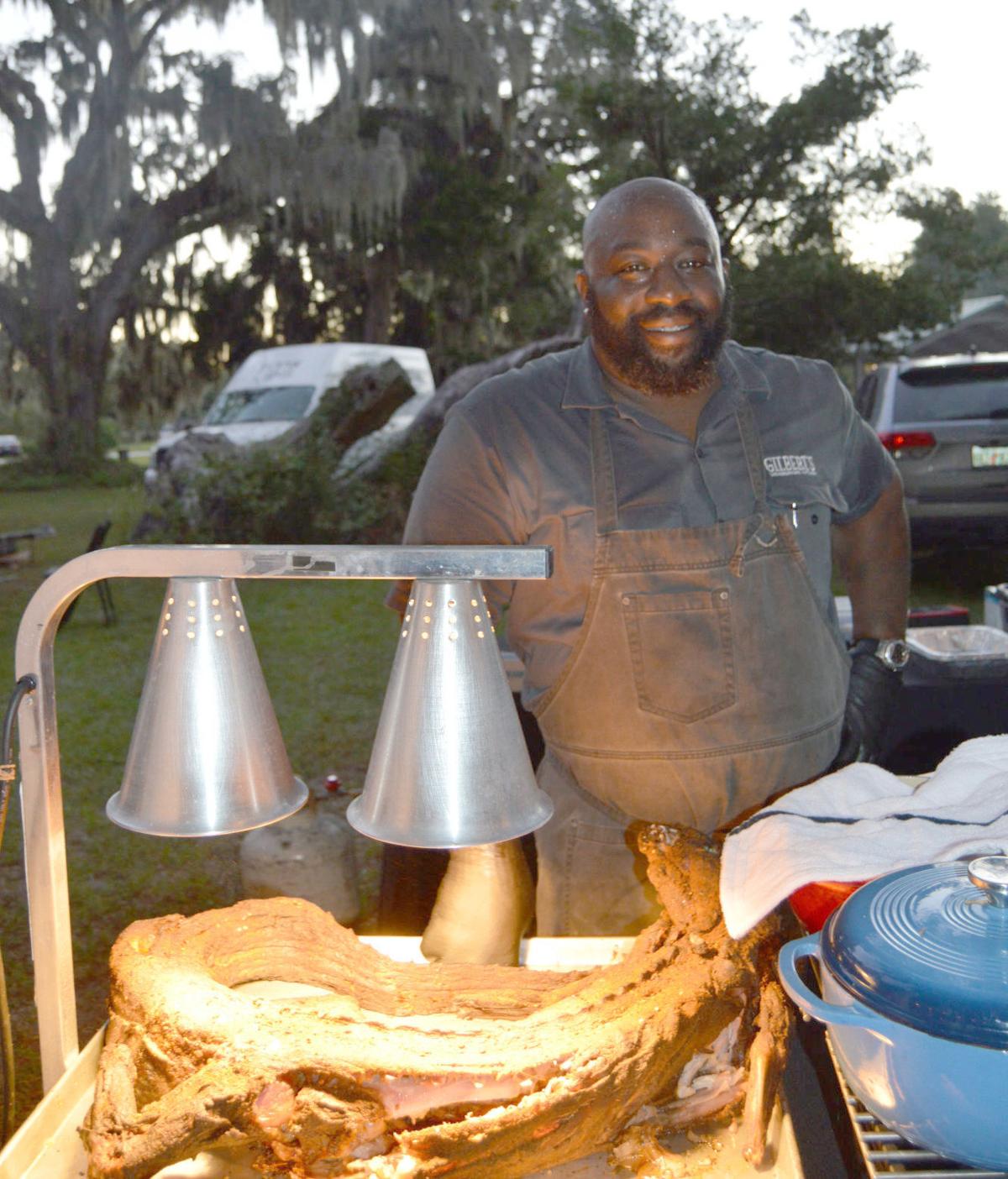 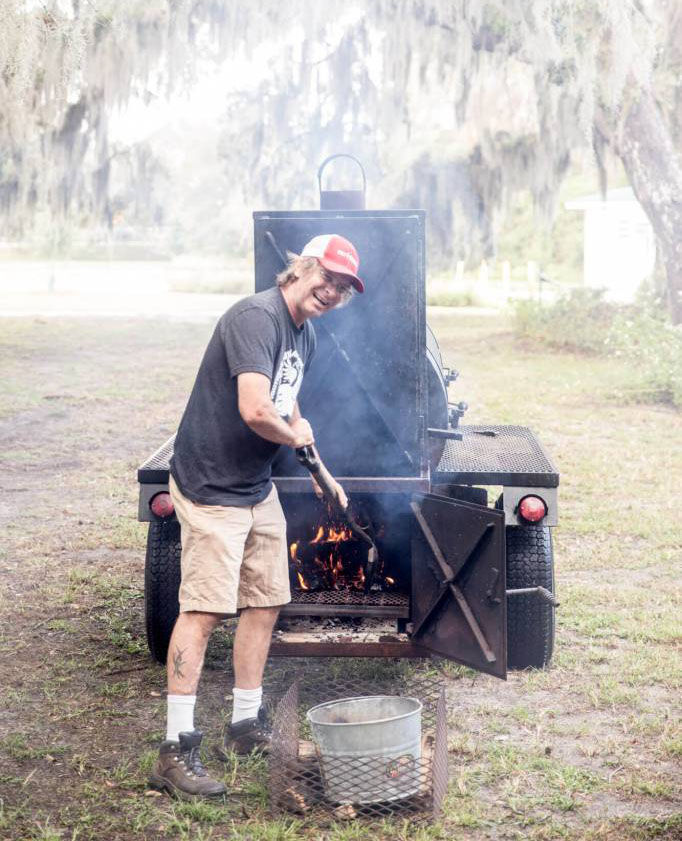 Harrison Sapp, pitmaster and co-owner of Southern Soul Barbecue, is pictured with his smoker during a previous Firebox event.

Harrison Sapp, pitmaster and co-owner of Southern Soul Barbecue, is pictured with his smoker during a previous Firebox event.

Southern-style barbecue is probably not the first thing that comes to mind when thinking of Australian cuisine, but restaurateur Martin Goffin of Red Gum BBQ in Red Hill, Victoria, Australia, is trying to change that perception. For those unfamiliar with the island continent in the South Pacific, Victoria is in the southernmost part of the country, and Sand Hill is located in the middle of a peninsula, about a 10-minute drive from a beach.

As Griffin Bufkin, co-owner of Southern Soul with partners Harrison Sapp and Davis Love III, relayed it, Goffin, a native of England who has called Australia home for many years, traveled the States a few years ago to learn the art of barbecue.

“He spent time shadowing at various barbecue restaurants with the intent of opening up his own barbecue place,” Bufkin said. Southern Soul was one of the restaurants at which Goffin spent time.

Goffin is in the line-up of the upcoming Firebox Barbecue on the Bluff, presented by Southern Soul BBQ, which will be held Oct. 3-5 on St. Simons Island. The three-day celebration of all things porcine and bovine, among other delicacies, will begin with a sold-out kick-off dinner Oct. 3 at Southern Soul featuring Eddie Hernandez of Taqueria del Sol, in Atlanta.

Other barbecue chefs from far away include the crew from Pig Beach, an award-winning barbecue joint in Brooklyn, N.Y. Then there are the highly decorated members of the elite barbecue corps, including James Beard finalist Bryan Furman of B’s Cracklin’ Barbecue, in Savannah and Atlanta, who was also named one of the best chefs in America for 2019 by Bon Apetit magazine. Also on hand will be Tuffy Stone, of Cool Smoke Barbeque, of Richmond, Va. Stone recently won his sixth World Championship title at the 2019 Memphis in May World Championship Barbecue Cooking Contest, and was also presented with the Pitmaster of the Year Award by the National Barbecue and Grilling Association. In 2018, he was inducted into the Barbecue Hall of Fame.

Bufkin said that although Southern Soul specializes in Georgia barbecue, many of the other pitmasters take their influences from a variety of regions.

“Now everything’s all over the map,” he said.

Participants will simply have to follow their noses to the park beneath moss-draped oak trees along the banks of the Frederica River – the aroma of pork, beef, seafood, sausages, sides, and even schwarma, will lure foodies from all directions. And of course, it’s not a party without without music. Regional favorites Bonnie Blue will provide the tunes for Saturday’s Barbecue on the Bluff event.

All proceeds will benefit the Firebox Initiative, which was established as a way to give back to the community after Southern Soul was almost completely destroyed by an accidental fire nine years ago. During the rebuilding process, Bufkin and Sapp established a bank account to help their employees make ends meet. Meanwhile, numerous local residents and businesses also provided assistance.

According to a previous Coastal Illustrated article, it’s that spirit of both paying forward and back that was the genesis for the Firebox Initiative. Based on the idea of The Giving Kitchen, an Atlanta-based organization that assists members of the hospitality industry who have fallen on hard times due to illness, injury or some other unforeseen circumstance, Firebox plans to help fill that role here, and expand it to college scholarships for local students and disaster relief.

This year, The Firebox Initiative was able to assist three area residents. Two are chefs who had extensive open heart surgeries, and the other was a restaurant owner whose home was destroyed by a fire. Firebox is very much a grassroots effort, and fundraising is critical to its mission.

“We were able to help with some expenses, and that’s what it’s all about,” said Bufkin.