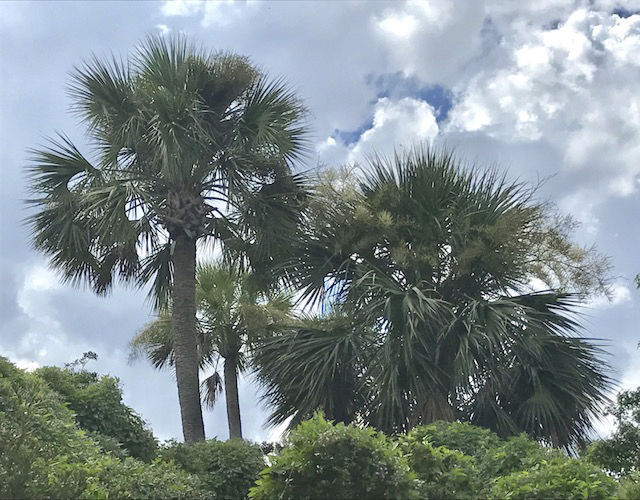 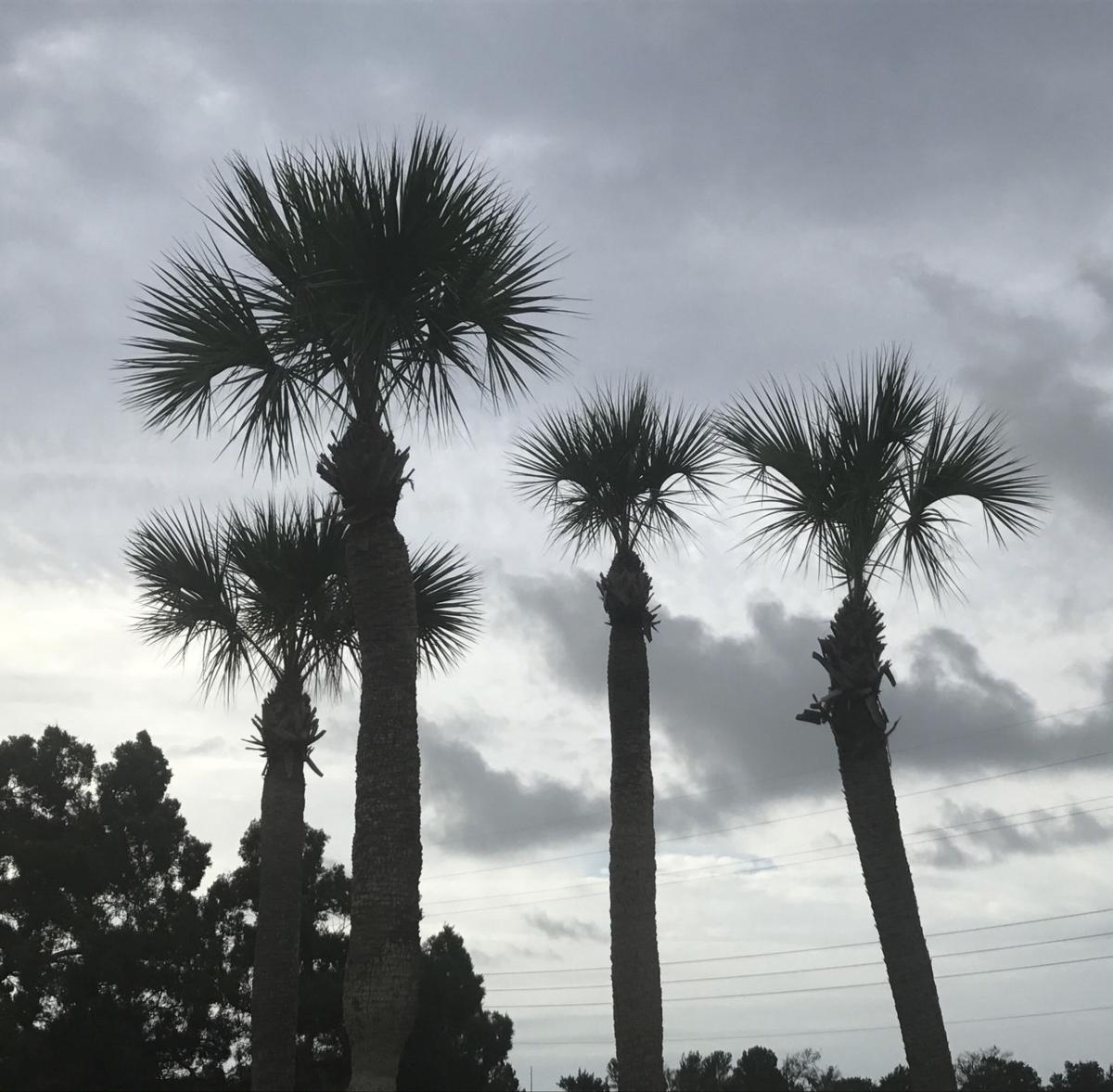 The cabbage palm trees pictured above have been too severely pruned, according to columnist and horticulturalist Anne Ditmer.

The cabbage palm trees pictured above have been too severely pruned, according to columnist and horticulturalist Anne Ditmer.

I just finished taking a ride on the Sea Island Causeway bike trail. Every year for as long as I can remember (when my husband was the resort grounds manager of The Cloister), the native cabbage palms (Sabal palmetto) have been pruned throughout the property. The reason behind the pruning was the removal of unsightly brown fronds (leaves of a palm) that had died over the past year and also the removal of the flower stalks. The small round black fruit that develops after the flower eventually falls and often makes a mess of the walkways below. The fruit can also be a slipping hazard when walking on them. A manicured landscape does call for a manicured palm, and all is well when done properly.

During the time my husband was the resort grounds manager, I was a freelance horticulturist doing small-scale design work and was the part-time Sea Island naturalist. I was always a bit at odds with the meticulous, well-kept and very beautiful grounds that my husband maintained because the cost, time, energy and necessary chemicals used to achieve such results were in contrast to the low-maintenance naturalized landscapes I designed that were mostly free from the need of any chemical control.

I remember commenting from a naturalist’s standpoint that the removal of the fruit of the cabbage palm was the removal of a food source for black bear, bats, white-tailed deer, raccoons and squirrels. Bird species that rely on the fruit include cardinals, grackles, blue and scrub jays and gulls. In the same manner, I couldn’t help adding that the cabbage palm is a self-pruning palm and the fronds did not have to be removed by man. Not only are the palm fronds important for carbohydrate production that provides the energy source for the plant, older fronds transfer nutrients such as potassium, magnesium and nitrogen to newly emerging fronds, especially helpful when the soil is deficient in these nutrients. If the palm is suffering from an untreated excessive nutrient deficiency, the older fronds do decline, eventually turning brown. The repeated pruning of these older browning leaves actually reduces the number of green symptom-free leaves in the canopy and may even accelerate the decline leading to the death of a nutrient deficient palm. In other words, a very healthy palm in its natural state will have some old fronds hanging down, a good solid rounded crown of green foliage, flowers on long stalks in the early summer and black fruit on those long stalks in the fall.

But if the clean, manicured look is required, let’s prune cabbage palms correctly. The ones I saw along the causeway were pruned back too severely. To prune properly, look at the canopy of a palm as the face of a clock with the trunk going through the number 6 and the 12 position. Prune only those completely brown leaves that hang below the imaginary horizontal line extending from 9 across to 3. The method of removing all but one or two fronds mechanically is detrimental to the health of a palm. The fragile growing point of a palm (known as heart of palm) is located at the top of the trunk, where the leaves emerge making up the crown of the plant. Older fronds actually protect the growing point. It has been disproven that palms with most of their leaves cut off prior to the hurricane season are less prone to wind damage. Severe hurricane seasons in Florida in 2004 and 2005 showed that “hurricane cut” palms were more likely to have their crowns snapped off than those palms with fuller crowns. As a matter of fact, cabbage palms with full crowns manage quite well in high winds. Removal of unwanted fruit stalks does not harm the palm in any way; it just takes away an important food source for wildlife.

Palms being transported over long distance and transplanted, however, do benefit with careful removal of all of the leaves. This is the only time a palm should be pruned so drastically. When dug, a cabbage palm loses almost its entire root mass. Existing fronds transpire, causing the palm to become water-stressed. Freshly transplanted, frondless palms, when planted in a nutrient rich, well-drained soil and given adequate water, will grow new roots and new leaves very quickly.