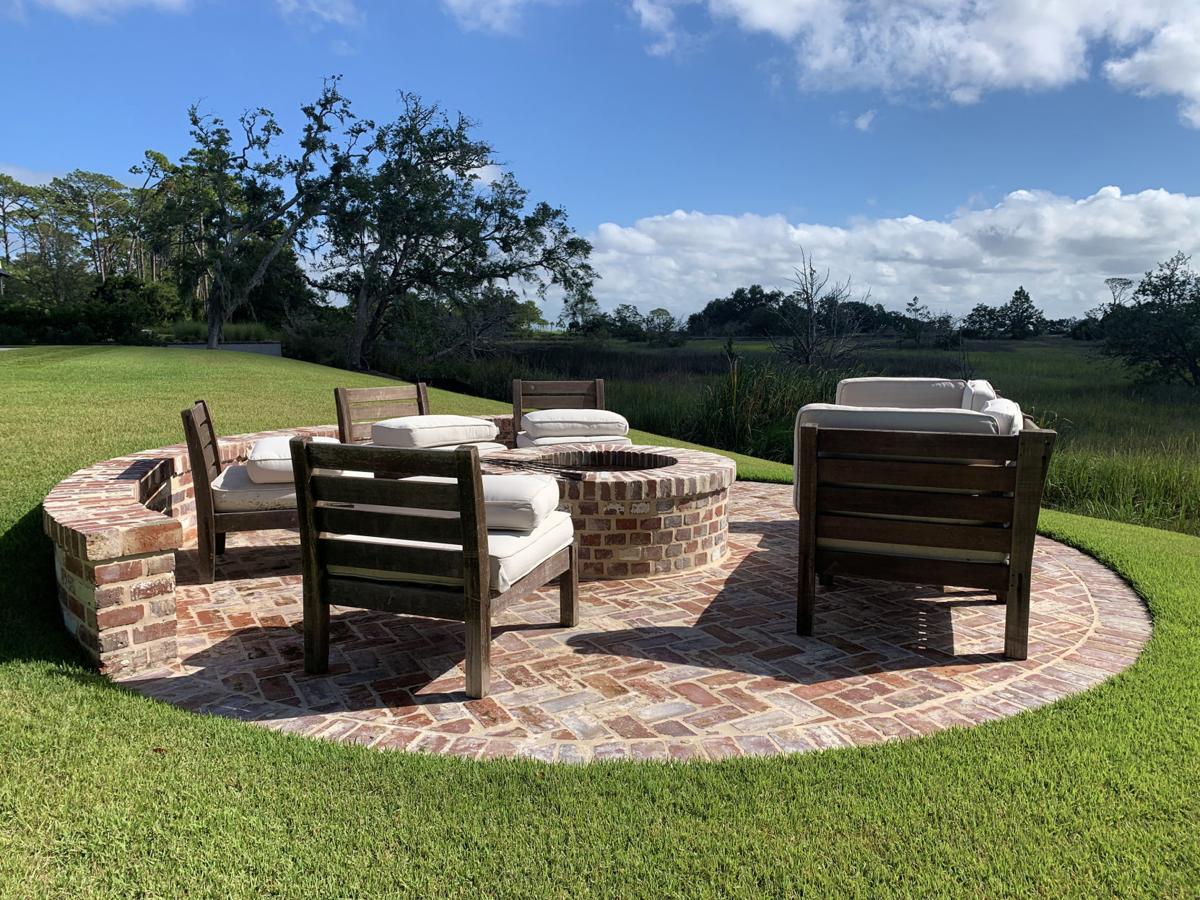 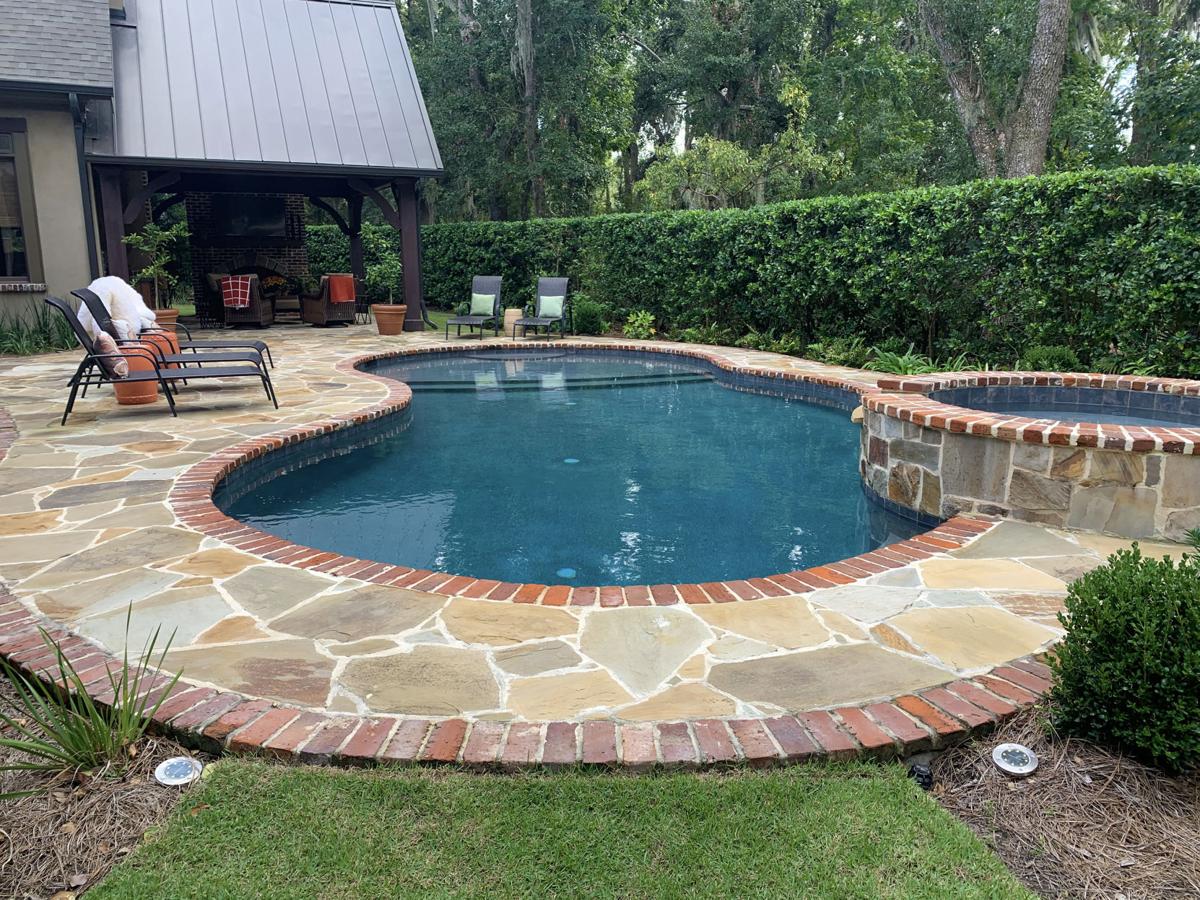 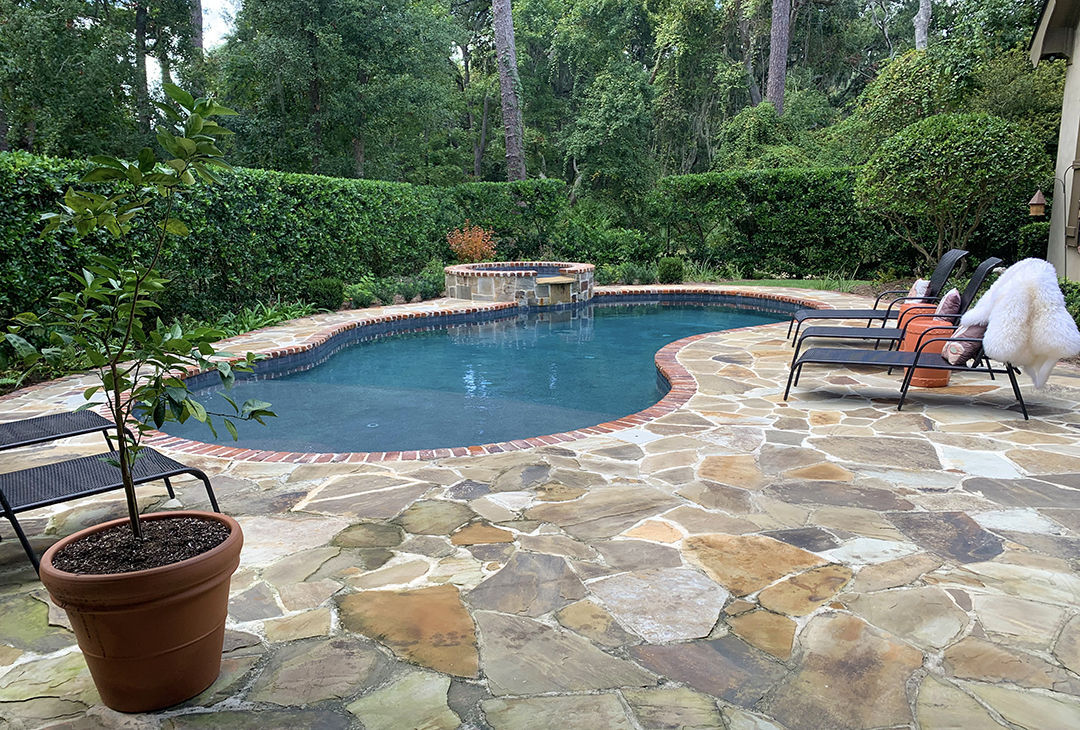 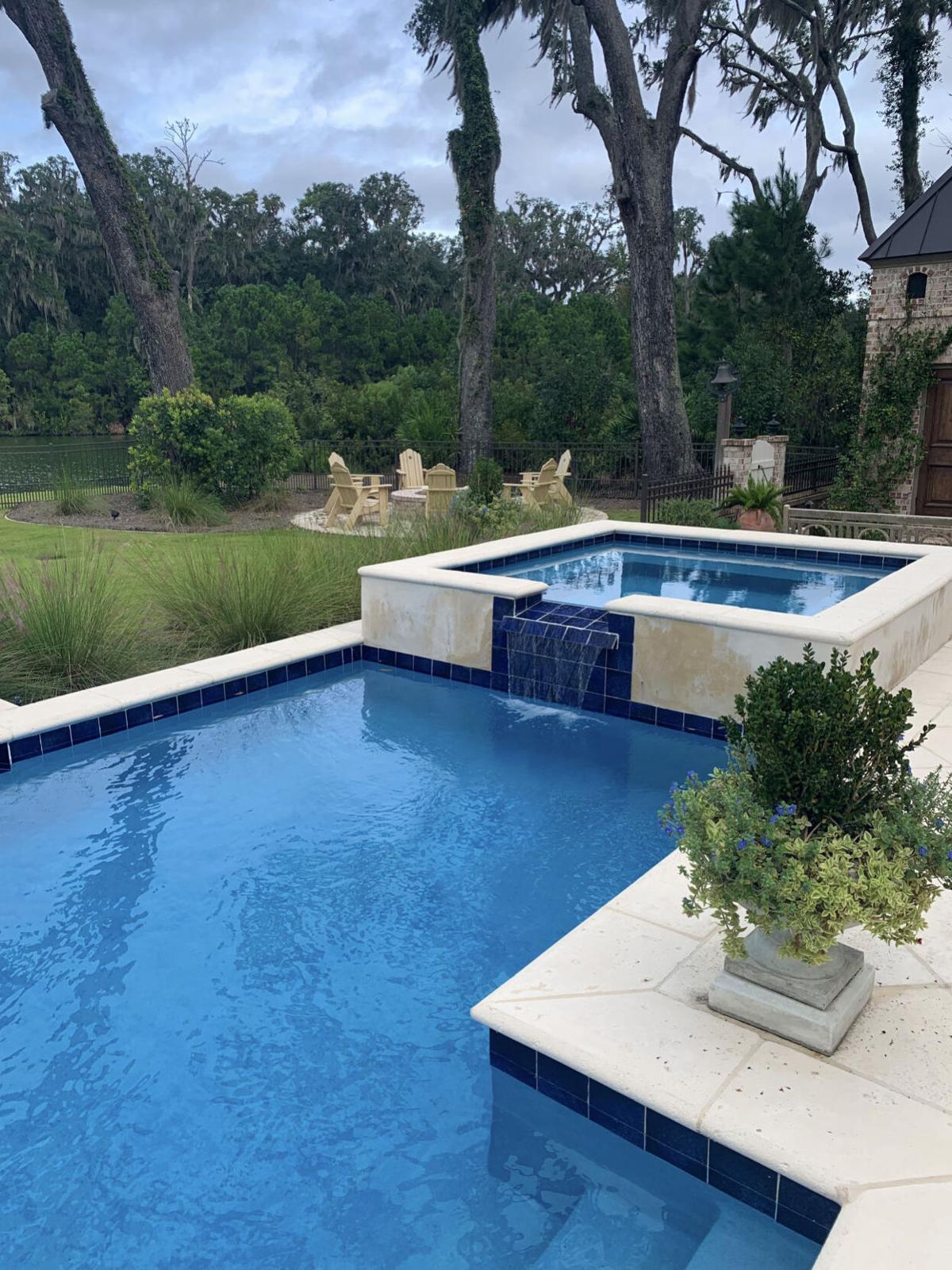 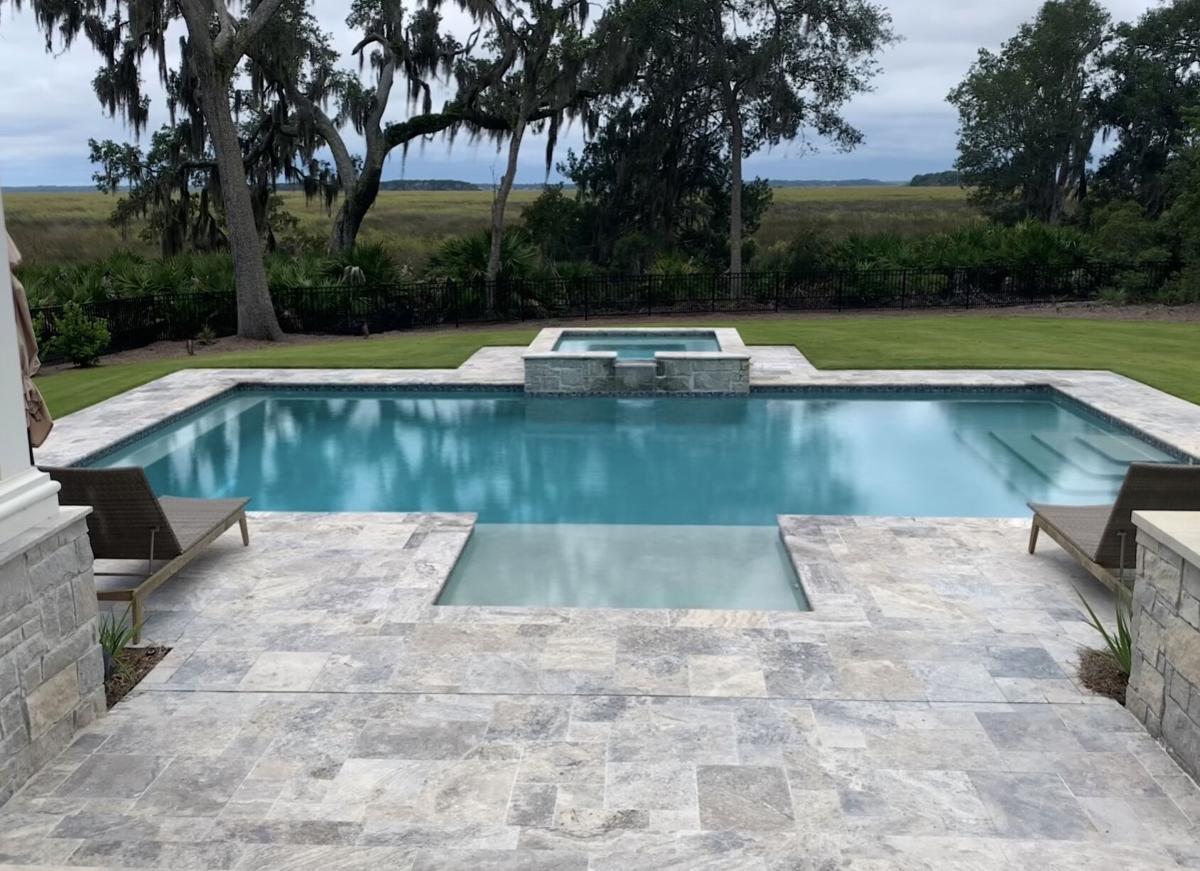 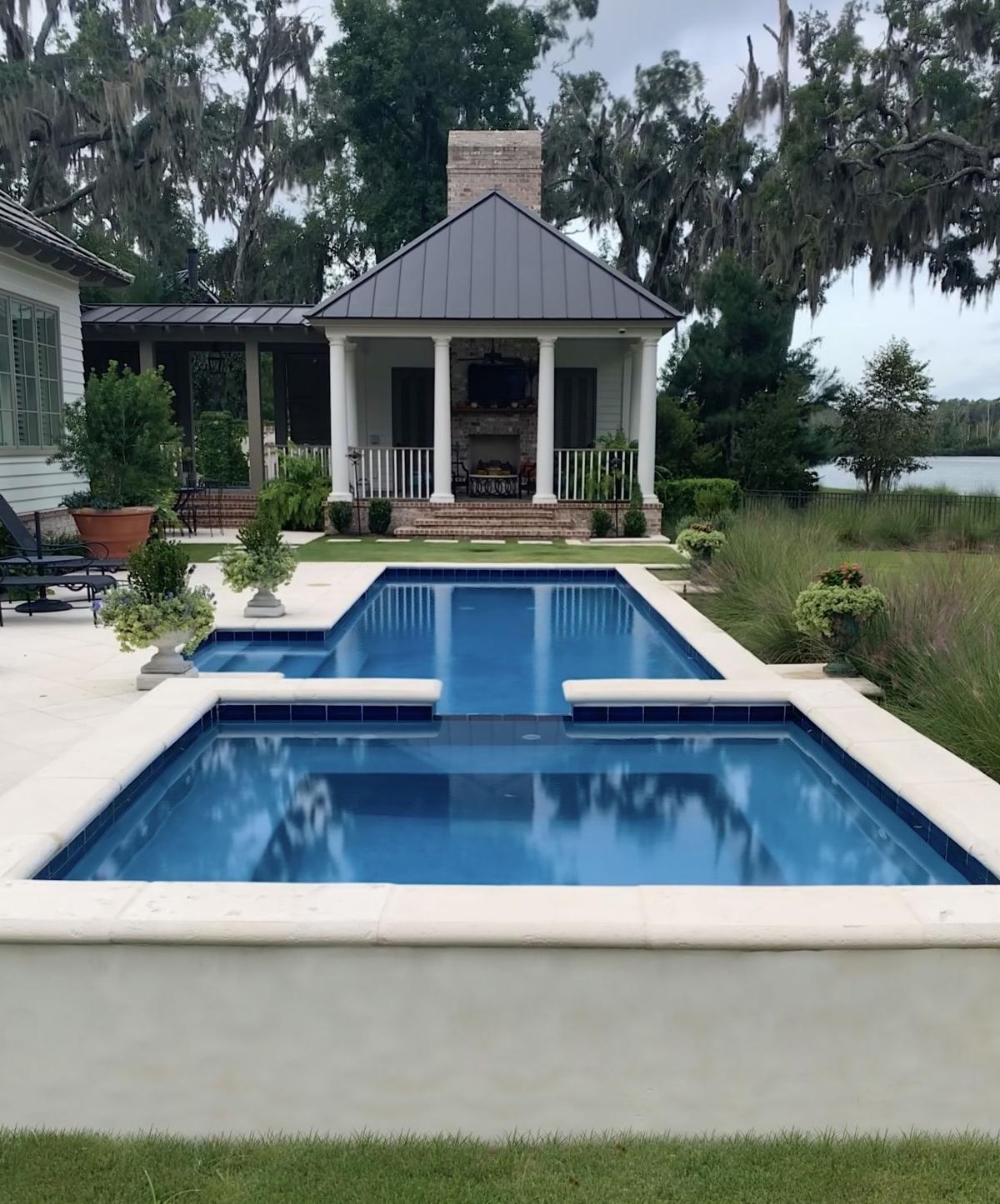 Social distancing becomes painless when homeowners incorporate the poshest of outdoor pools, patios and pavilions at their homes. Fewer people are traveling this summer, and that, combined with the significant number of people, who, after discovering remote working really worked for them, are fleeing urban centers for more idyllic locales, makes for a boon in new outdoor living spaces.

Chad Goehring, of Harrison Design Associates, said people are spending more time at home with their families, and activities like game nights and family dinners dictate the necessity of additional living space in (and outside of) the family home.

“Where do we really want to prioritize our time?” he asked, adding that in the climate of the Golden Isles, it just makes sense to allow one’s home to flow into outdoor living spaces.

These spaces, or the preferable term – outdoor rooms – he said, are just as much a part of a house as the living room.

“It’s not an afterthought,” Goehring said. “It’s an integral part of the design, and is developed with the same emphasis as the rest of the house.”

Much attention to detail is paid, and depending upon the homeowner’s list of priorities, and the budget, outdoor rooms can be cozy or quite grand.

A fireplace is a key element in any design, he said.

“There’s a romance attached to sitting around a fire,” Goehring said.

In addition, homeowners install grills, or full outdoor kitchens, complete with a smoker, a 48-inch to 52-inch grill, an under-counter refrigerator, storage, a range and a sink.

Some of these rooms are attached, and others are detached, depending upon the site and the homeowner’s taste.

Pool houses are also popular, and some contain bathrooms, changing areas and storage, as well as guest sleeping quarters in some cases.

Because it’s possible to entertain outdoors nearly year ‘round, the outdoor room has become a major “must-have.”

When designing and building outdoor rooms, a number of criteria are taken into consideration, including the view.

In the Golden Isles, views range from golf course, to the ocean and marsh.

“The design should complement the house,” Goehring said. “It should be an almost seamless design; you want to maximize the views.”

Design styles range from Greek Revival to Tuscan countryside, but all complement both the house and the natural environment. Goehring said each project is site-specific, and the site provides a palette to make the outdoor room special.

Swimming pools provide a place for relaxation and recreation, but when the lights go down, they also provide ambience for entertaining. A few carefully placed lights reflecting on the water provides an incomparable backdrop to any social event. Pools and spas, Goehring said, provide noise, a visual element and sculptural interest to a home’s outdoor spaces.

A client was recently was considering several ways he could spend some disposable income, and decided to invest significantly in his property. He ended up with a detached guest suite, a swimming pool and entertaining area.

“This is indicative of how people are living now,” Goehring said, adding that exercise rooms, and other elements are also being added to standalone pool houses, which gives a high-end resort feel to one’s home. “You can live, entertain, stay fit and relax all from home.”

Landscape architect Jeff Homans, of Land Design Associates, on St. Simons Island, says more and more, people are taking the opportunity to improve their surroundings to include recreation and relaxation at home.

Families with children often integrate child-friendly items, like slides, to occupy their youngsters.

“They want to keep the kiddos occupied,” he said. “So there’s a certain amount of that.”

People aren’t only building kid-friendly pools. Hot tubs are usually connected to the pool, which Homans said carries the added appeal of having a place to relax, but the sound of trickling or falling water, which is soothing, and drowns out road noise and other sounds that can interrupt one’s tranquility. In addition to the swimming pools, outdoor rooms are being built that include kitchens, large televisions and more wall space. Fire pits and fire tables – that use wood, propane or natural gas – remain popular, and fire tables, which like fire pits, can be pre-fab or custom-built, are attracting increased attention.

Some of his clients are reallocating their funds to improve their surroundings at home rather than travel to faraway places.

The challenge for a designer is to design the space, and subsequently build it so it fits on the site holistically.

“The designer has to keep both function and aesthetics in mind,” Homans said, adding that integrating the elements with the natural environment is the key.

Styles very, he said, from the traditional to the contemporary and thematic.

“Cabo (San Lucas, in Mexico) is a common spot to replicate,” Homans said. “I think we’re all trying to go somewhere without leaving home.”