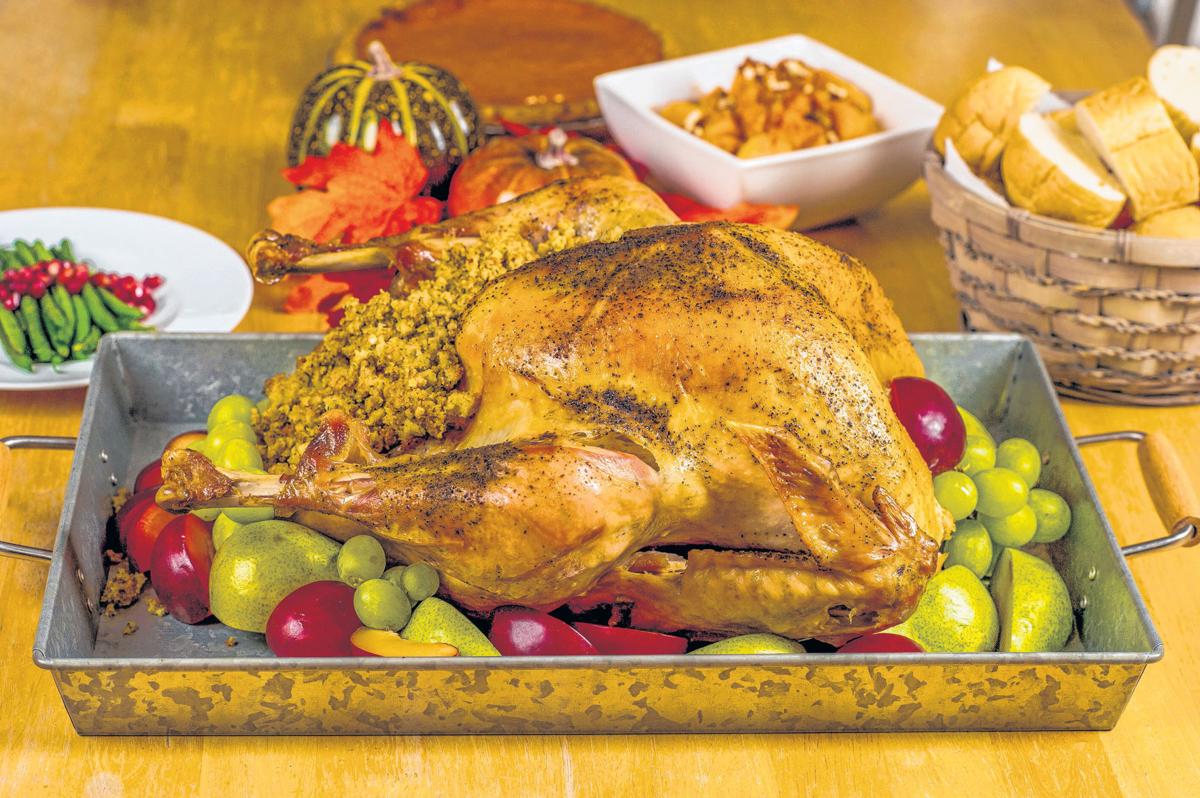 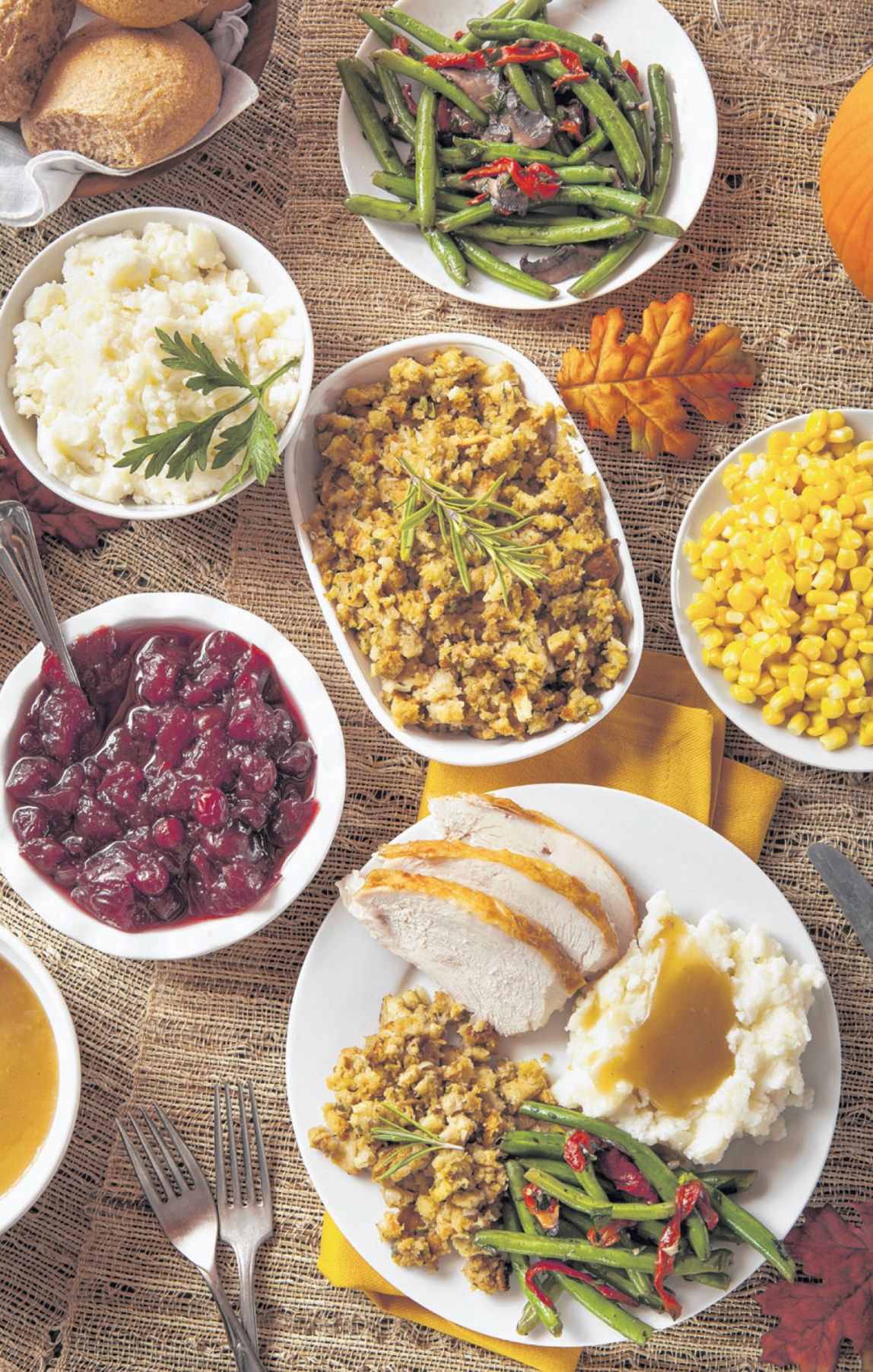 On Nov. 24, many of us will gather around a table laden with food, join hands and give thanks for our blessings. Amidst parades, football games and shopping, most folks will manage to make some time for family and friends on this very American holiday.

The Thanksgiving holiday, in the U.S., is traced to a 1621 celebration at Plymouth Plantation in Massachusetts, where settlers celebrated a successful harvest with a feast, although it didn’t become a fixed national holiday until 1941, when Congress passed a law stating that from there on out, Thanksgiving would be held on the fourth Thursday of Thanksgiving.

Traditions abound — which serving pieces and silverware must be used, how many pumpkin pies will be needed, what side dishes — macaroni and cheese, green bean casserole, candied yams, mashed potatoes — will be included and whether the dinner is dressy or casual, is very much up to the discretion of each family. But still, most families will have more than one tradition in common.

What sets the holiday apart for so many people is the individualization so many families bring to their respective tables. At Leigh Gunnels Langford’s house, it’s the memory page.

“I have printed out a page every year since Maddie (her youngest) was three,” she said. “We pass it around and everyone writes down what they are thankful for and I put it in a book.”

Langford says it’s fun to review what people have written through the years.

“We have had many additions through the years,” she explained. “Many people have joined the family, as well as other guests joining us who couldn’t make it home to their families. It’s always nice to see what they write.”

One particular memory is the year Langford’s mother had knee replacement surgery and was thankful for her new knee. Another advantage of documenting the holiday in this manner is the ability it gives family members to track the youngsters’ handwriting progress. Langford says when children are too young to write, they’re given a page upon which to scribble, which, she said, they can go back and laugh at later.

“It’s still something to document ‘them’ as well as their handwriting along the way,” she said. “It’s pretty special. Maddie’s first one at 3 was she was thankful for ‘turkey, apples, mommy and me.’ She only did the ‘e’s’ but Caitlin (her eldest) helped her write the rest and I’m so glad I have it.”

Of course, if your first Thanksgiving as a newlywed begins with a disaster, your tradition could become not making Thanksgiving dinner ever again.

“I was a young bride of 29, and only married for about a year,” she began. “My husband at that time wanted me to fix a ‘real’ Thanksgiving dinner.”

Eliot says she wasn’t much of a cook at the time, and had never cooked a turkey. That didn’t hold her back, however. The bird was purchased, basted, wrapped in foil and placed in the oven.

“After a few hours, we started to smell this strange smell,” she said. “We opened the oven, and the turnkey was smoking between where the legs were tied together. We took it out of the oven and cut the string around the legs.

“We opened it up and discovered there was what was left of a brown paper bag inside the turkey with all the (giblets) in it.”

The bag had actually caught on fire inside of the turkey. It was removed from oven, and enough meat was salvaged for one dinner.

“All these years later, I have never attempted to make another real Thanksgiving dinner,” she said.

Being separated from family and friends during the holidays can be a tough row to hoe, but sometimes a kind gesture is all it takes to make the day a whole lot brighter.

That was certainly the case for Jeff Waters, who, while in college, spent a fall semester in Buenos Aires, Argentina.

“I was living there during the American Thanksgiving, and it was my first time being away from home on a major holiday,” he explained, adding that the day was like any other day, filled with classes and afternoon coffee with a neighbor. “Strangely, she and I were both attending UGA, but had not known each other.

“It had turned late, and we decided to go up to my apartment to order some takeout and have our own Thanksgiving. We walked in and saw what had to be at least 50 people in my landlord’s apartment. At first, I thought something bad had happened. And then everyone looked up and said, ‘Happy Thanksgiving!’”

Waters explained that it was no easy feat for his landlord, Adriana, to find a turkey in the very cosmopolitan South American city. She topped it off by inviting all of her friends to help us celebrate.

“She knew it was a holiday for us, and that we were so far away from home,” he said. “To this day, it was one of the kindest acts I have ever received.”

salt and pepper to taste

salt and pepper, to taste

salt and pepper, to taste

To prepare stuffing, melt butter in water in a saucepan over medium heat. Add broth, stuffings, beaten egg, celery, mushrooms and onion. Toss stuffing ingredients to mix but do not cook. May cover and set aside at this point. Preheat oven to 200 degrees. Remove neck and giblets from turkey and reserve. Wash turkey in cold water, drain and dry with paper towels. Salt turkey cavities liberally. Fill both cavities with stuffing, leaving room for the stuffing to expand during cooking. Seal cavities with skewers and string. In a large roasting pan, place two four-foot-long strips of heavy aluminum foil, forming a cross on the bottom of the pan. Spread one cup butter on the foil. Center turkey on foil and pour orange juice over it. Spread the second cup of butter on top of the turkey, and sprinkle salt, pepper and paprika. Shape foil into a tent over turkey, sealing edges so that melted butter cannot escape. Bake seven hours. Open foil tent, increase temperature to 350 degrees and bake two hours longer, basting frequently. To prepare gravy, simmer reserved neck and giblets in four cups of water with salt, pepper and celery for one hour. Remove giblets, chop finely and return to gravy. Simmer for an additional 30 minutes. Remove turkey from oven, place on platter and serve with dressing and gravy.

St. Simons Island resident Joan Davis has been making this recipe, and the holiday turkey recipe for almost 50 year. The pie, she said, can be made in advance because it stays frozen, and the turkey cooks all night, so it frees up time to make side dishes.

Spread softened ice cream into the bottom of pastry shell and freeze until firm.

Beat one cup of the whipping cream until light and fluffy. Fold into pumpkin mixture. Spread over ice cream and freeze until firm.

Beat the remaining whipping cream until light and fluffy and use to garnish the frozen pie just before serving. Sprinkle with caramelized almonds.

Combine the sugar and almonds and cook over low heat until brown, stirring occasionally. Spread in a thin layer on buttered cookie sheet, and cool at least one hour. Break into small pieces when cool.

Thanksgiving is the favorite holiday of many people, but still, because dinner may involve the blending of a lot of folks who normally don't associate with one another, it can be stressful. Sharon Schweitzer, an etiquette expert, author and founder of Protocol & Etiquette Worldwide, offers these tips to make this Thanksgiving the best ever.

• Seating Plan and place cards — As the host, keep the cast of family, friends, distant relatives, neighbors and old friends in line with a seating plan. Seat introverts next to outgoing guests and elders adjacent to youngsters. It’s acceptable to split married couples but not newlyweds. Place cards may range from simple to fancy.

• Conversation starters — As the host or hostess, you want the attitude of gratitude at your table and to keep the conversation flowing smoothly. Plan interesting conversation starters for your guests. For example, ‘What are you grateful for this year?’ Other examples include upcoming or past travel, musical events, bestselling books, newly released movies, food, sports and holiday memories.

• Prying questions — Prying, personal questions can push all the wrong buttons. Two of the most popular offending questions continue to be: “Are you seeing anyone yet?” and “When are you going to give me grandkids?” Be prepared, and respond with humor so the questioner doesn’t sense a weak spot. "I avoid talking about private topics at delicious holiday meals with more interesting things to discuss."

• Politics — Just say "no" to conversations about politics and the presidential election season. Of course, political talk may be difficult just two weeks post-election, but biting your tongue may be a good idea if you don’t want to start a brawl when everyone should be enjoying perfectly roasted turkey. Do be up-to-date on current events, but avoid topics that fall under politics, religion or sex.

• Rogue guest — All hosts know the possibility of something going sideways exists when family, friends and alcohol are involved during high-stress holidays. If a guest goes rogue, ranting about politics or family drama, be prepared with an immediate change to a safe topic like Aunt Lynn’s cranberry relish recipe or Uncle Ted’s sage dressing. If they continue unabated, politely ask if you can speak to them privately. When out of earshot and eyesight of other guests, acknowledge their concerns and advise them Thanksgiving isn’t the time or place. There's no need to embarrass them in front of family and friends.

• Toasting — As a host making a toast to the table, you can briefly reconfirm conversation no-no’s. Toasting etiquette states the entire table is welcome to drink. If you are toasted as a guest or host, do not raise your glass and drink. It’s like clapping for yourself. While clinking is fun, the preferred approach is to raise your glass, make eye contact and then take a sip. Finally, remember the "3 B’s" of toasting: Begin, Be Brief and Be Seated.

• Know the schedule of events — As the host, set a Thanksgiving Day schedule so you and your guests may plan their day, and avoid chaos. As a visitor, ask in advance about the schedule so you may plan accordingly. If you arrive at 12, is dinner served at 1 or 3 p.m.? This allows you to plan to visit other friends and family, and avoid too much "together time."

• Games and activities: Physical activity is a great stress-reliever. As the host, plan a number of outside activities for your guests. Encourage them to engage in a flag football or soccer game, rake leaves or go on a neighborhood walk.

Combine all ingredients. Pour into baking dish and top with topping.

Combine ingredients, blend with hand. Sprinkle on top of potato mixture. Bake at 350F for 45 to 60 minutes.